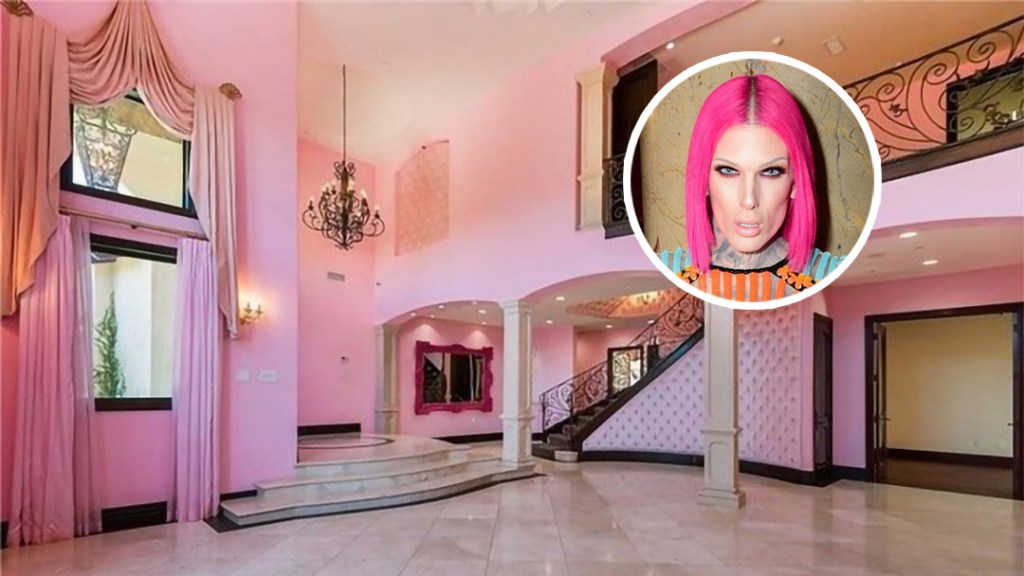 Controversial internet sensation Jeffree Star famously “can’t relate” to many things, including the money woes of mere financial mortals, but even superrich cosmetics moguls sometimes feel the slight sting of a bank account bruising. Nearly a full year after he moved into his current home, a $14.6 million Hidden Hills mega-estate, the onetime MySpace celebrity-turned-business titan has finally sold his starter house in nearby Calabasas, the one he shared with ex-boyfriend Nathan Schwandt.

Unfortunately for Star, the $3.4 million he’s received for the .64-acre property is $220,000 less than he paid in 2016. After factoring in hefty realtor fees, taxes, other closing costs, and four years of upkeep, plus the cost to install a walk-in bank vault for his multimillion-dollar collection of handbags and accessories, Star likely lost the monetary equivalent of a new McLaren Senna — one of the 10+ exotic cars he owns.

Of course, it’s hardly surprising that the Star palace took several months to sell; outside of Angelyne, there aren’t many buyers looking for a Mediterranean-style Calabasas mansion whose innards have been hydro dipped bubblegum pink. HGTV’s decorative nightmare begins in the double-height foyer, where all the walls and curtains have undergone a sickly sweet, Pepto Bismol-inspired transformation. The walls above and below the curved staircase, for their part, are upholstered in a tufted pink leather that was “installed by several craftsmen,” according to Star.

Even Elle Woods herself would blush at the amount of pink in Star’s former residential playpen — the color continues into the family room, which is outfitted with a fireplace and granite-topped wet bar, and over to the kitchen, where the two granite-topped islands are each overlooked by a pink crystal chandelier. The formal dining room is pink, the master bath is pink, and the master bedroom is wrapped in not one but three different shades of — you guessed it — pink, each one more lurid than the last. Also in the master is a coffin-shaped bookcase — painted pink, of course.

Only a few things in the roughly 6,800-square-foot mansion aren’t pink. There are five guest bedrooms, one of them painted a chestnut brown, and the other a deep red (Star referred to the latter spare room as his “red room,” an ode to “The Shining.”)

Nifty home amenities include covered balconies with low, wide views over the Calabasas skyline, a four-car attached garage, and a state-of-the-art security system, complete with numerous cameras and laser beam technology, installed by Star. The property does not currently contain a swimming pool, perhaps an unfortunate omission in mega-hot Calabasas, but there is a pink leather chair out back.

Property records reveal the new owners of Star’s real-life Barbie dreamhouse are not celebrities but rather prominent orthopedic surgeon Dr. Harpreet Bawa and his wife Sabreena, who either wanted a colorful house with major internet fame or likely have some big renovations planned, starting with a fresh coat of paint.

Star, who was born Jeffrey Lynn Steininger in California’s Orange County but has since legally changed his name, grew up poor before briefly enjoying a brief reign as MySpace’s most-friended user as a teenager in the mid-aughts, after which he spent the subsequent decade pursuing a music career. When that venture collapsed, Star funneled his savings into Jeffree Star Cosmetics, the privately-owned makeup company that is believed to have generated hundreds of millions in revenue since its 2014 founding. Star is also one of the most-watched YouTubers of all time, with a whopping 2.4 billion views to his name, and is a co-owner of apparel juggernaut Killer Merch LLC.

Despite his success, Star remains highly controversial. The 35-year-old is widely known for his very public disputes with a whole host of former celebrity friends, including Kat Von D, James Charles, Tati Westbrook, and Trisha Paytas, all of whom are reportedly no longer on speaking terms with Star.

Star and his vast entourage of assistants, bodyguards, and wig groomers have moved to a 20,000-square-foot Hidden Hills mansion with an underground garage and glass elevator. That house is currently undergoing a “white and gold” design transformation, according to Star, perhaps because Home Depot is still sold out of pink paint.