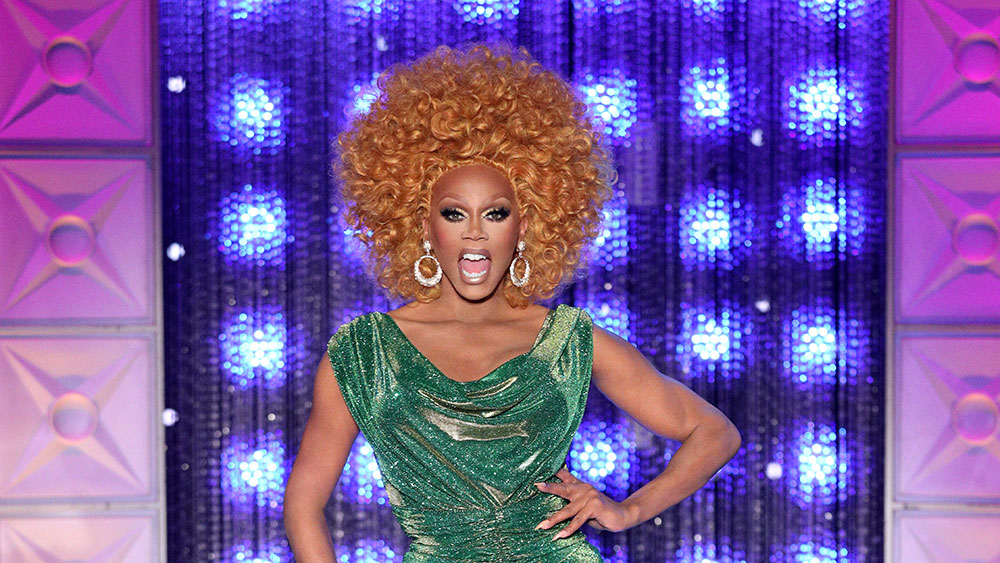 USA Network announced premiere dates for three of its shows, giving “Straight Up Steve Austin” a Season 2 premiere of Jan. 11 at 11 p.m., and setting a Jan. 21 premiere for new series “The Rev” at 10:30 p.m. and more episodes of “Chrisley Knows Best” at 10 p.m. In “Straight Up Steve Austin,” WWE star Steve Austin and a celebrity guest travel through various cities while conversing about their own lives and experiences, with this season including Bert Kreischer, Brett Favre, Charlotte Flair, Ice-T, Luke Combs, Joel McHale, Steve-O and Tiffany Haddish. “The Rev” follows pastor Richard Hartley through his personal life when not speaking at his New York church. And Season 8 of “Chrisley Knows Best” will resume with the antics of Todd Chrisley’s family.

VH1 shared a trailer for Season 13 of “RuPaul’s Drag Race,” highlighting a new twist in the series’ competition formula. The season, which premieres Jan 1. at 8 p.m., will pit each of the contestants against each other in lip syncs for their lives on the very first day of the show. The 13 queens competing in the season include Denali, Elliott with 2 Ts, Gottmik, Joey Jay, Kahmora Hall, Kandy Muse, LaLa Ri, Olivia Lux, Rosé, Symone, Tamisha Iman, Tina Burner and Utica Queen. Following the first episode, the “RuPaul’s Drag Race: Untucked” after-show will have its season premiere, starting at 9:30 p.m. Both series are produced by VH1 and World of Wonder. Watch the trailer below.

CBS ordered a one-hour reality series entitled “Secret Celebrity Renovation,” hosted by Nischelle Turner. In the upcoming show, celebrities will pick someone who has influenced or guided them on their path to success, surprising them with a home renovation. A team of professionals, including contractor Jason Cameron and interior designer Sabrina Soto, will carry out each project. Set to feature in the first season are Eve, Wayne Brady, Chris Paul and Emmitt Smith, with each one using the show to express appreciation for someone they know.

Fox has acquired the CTV series “Holmes Family Effect,” a four-part series premiering in Canada in early 2021, Bell Media announced. The show stars contractor Mike Holmes alongside his children Sherry and Michael, with the three using their talents to help positively transform the lives of various community leaders. The deal is the latest in a string of distribution agreements between Bell Media and Fox, which includes CTV’s acquisition of “The Masked Singer.” Mike Holmes serves as the series’ executive producer. Grant Greschuk is the series producer, and Paul McConvey serves as supervising producer.

Discovery, Inc. has appointed Robert L. Johnson to its board of directors, the company announced today. Johnson, who founded and served as chairman for both BET and The RLJ Companies, LLC, will hold the position starting Jan. 1. Also, S. Decker Anstrom will step down from the board starting Dec. 31, and his role as preferred stock director will be taken up by Susan M. Swain, currently a common stock director.

QCode announced today the creation of “From Now,” a new dramatic series starring and executive produced by “Succession” star Brian Cox and “Bodyguard” star Richard Madden. The six-episode season will premiere on major podcast platforms on Dec. 21. The podcast features Madden as the lone survivor from a spaceship that vanished 35 years ago. Upon his return, Madden’s character is the same age as when he left, though his twin brother (Cox) has aged naturally as time progressed. Other cast members include David Dastmalchian, Betty Gabriel, Jessica McNamee, Erin Moriarty, Lance Reddick, Elisabeth Shue, Karla Souza and Rhys Wakefield, the latter of whom also directs. “From Now” is created by Wakefield and William Day Frank.

“The Tonight Show Starring Jimmy Fallon” will feature a spoof on the “Saved by the Bell” theme song on tonight’s show. Fallon will enlist the help of Mark-Paul Gosselaar, Tiffani Thiessen, Elizabeth Berkley Lauren and Mario Lopez, original cast members from the series.

Taylor Swift, Christian Serratos and Sabrina Claudio will appear on “Jimmy Kimmel Live!” tonight, while “The Tonight Show Starring Jimmy Fallon” will feature Gal Gadot, Ricky Martin and Lana Del Rey. Chance the Rapper, Christopher Walken and Laura Benanti will be guests on “The Late Show with Stephen Colbert,” The Chicks, Jamie Demetriou and Christina Aguilera will appear on “Late Night with Seth Meyers,” and Pharrell Williams will be on “The Daily Show with Trevor Noah.”