Paramount Staffers Reeling Due to Ongoing Studio Shakeup: ‘The Lack of Communication Is Shocking’ 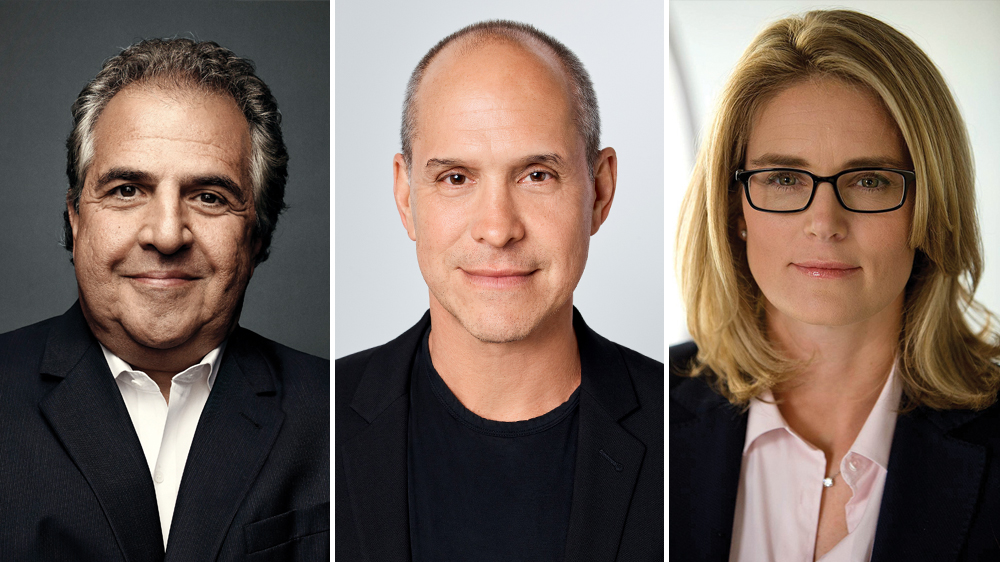 A “game of chicken” is commonly known as a conflict between two parties where neither wants to yield, but both are hoping to avoid embarrassment and failure.

That seems to be the pervading psychological dynamic right now at Paramount Pictures, as it continues to topple its legacy leadership structure in favor of a streaming-first future under new studio chief Brian Robbins.

“We’re all playing chicken right now,” one insider told Variety, explaining that studio employees are carrying out the work of making movies with no substantive input from Robbins – the former Nickelodeon head who replaced industry statesman Jim Gianopulos as Paramount chairman and CEO earlier this month.

On Friday, Emma Watts, the stalwart production head who was labelled Paramount’s “white knight” when she joined as motion picture group president last summer, was dismissed during a morning meeting with Robbins. The call came after two weeks of Watts trying to salvage her role as franchise-builder and guardian of Paramount’s commitment to the theatrical experience. In her year at the studio, Watts threw herself into the business of reviving Paramount’s library of franchises, taking a particular interest in finding ways to get more Star Trek movies into production. Even skeptics acknowledged that her intense commitment was galvanizing. How things have changed.

Watts’ ouster – which followed last week’s exit of Paramount communications chief Chris Petrikin — has only deepened a culture of anxiety and uncertainty on the lot, numerous employees and individuals close to the ViacomCBS-owned studio said. Everyone is waiting for the next high-profile firing or unceremonious dismissal.

“The lack of communication is stunning,” said one insider, who noted Robbins has only met briefly with department heads since taking over for Gianopulos on Sept. 10. The person noted a lack of written or verbal communication to his new troops, which usually accompanies a regime change of this magnitude, and the absence of any kind of studio town hall.

Robbins has sent two memos to staff since taking the role, both after the Watts and Gianopulos news broke. Sources close to ViacomCBS said Robbins was put on the defense following press leaks, and in his most recent note pledged more transparency.

“I want you to know that I value open and direct dialogue and feedback, and I’m quickly working to install a process for us here at Paramount. There will be regular communications from me to all of you, as well as company-wide, town hall-type meetings, where we will share and download information, provide updates on our work, and build a forum for feedback and questions,” Robbins wrote in the Friday memo obtained by Variety.

There are complaints among staff that Robbins has not shared his vision of what Paramount looks like moving forward, let alone what other old guard executives might be shown the door.

“We understand that the landscape is changing rapidly, but it’d be nice to show a little dignity,” another person with knowledge of the studio said. “This game of ‘Who’s next?’ isn’t good for anyone.”

In the weeks since Robbins’ ascension, much has been reported about his alleged sales pitch to ViacomCBS honcho Shari Redstone in securing the gig. Robbins has waved the flag of “Paw Patrol: The Movie,” as sources put it, as an example of low-cost, high return fare that can stock the Paramount Plus arsenal. That film, about the canine law enforcement officers of the fictional Adventure City, cost a reported $26 million to make and has earned over $105 million at the worldwide box office. It was available to stream on Paramount Plus the same day it released in theaters.  An individual familiar with ViacomCBS said Robbins did not pitch Redstone for the gig, and his pride over “Paw Patrol” has been conflated from a recent meeting celebrating the film’s success.

Still, sources at Paramount expressed skepticism, saying a film like “Paw Patrol” fails to match the craftsmanship and storytelling in which the studio has invested. While Paramount’s market share of the domestic box office has dwindled exponentially from ten years ago, the studio had been in a rebuilding phase under Gianopulos.

There’s plenty for him to dig into. In addition to top-performing franchises like “Mission: Impossible,” John Krasinski’s “A Quiet Place” universe, “Sonic the Hedgehog” and the return of “Top Gun,” the studio (and Watts specifically) had been focused on retooling the “Transformers” series, launching the “Dungeons & Dragons” universe with Chris Pine and signing a splashy talent deal with Ryan Reynolds. Along with these projects, there are premium one-offs in the works with Oscar winner Damien Chazelle (“Babylon”), a return to rom-coms for Sandra Bullock (“The Lost City of D”) and Ron Howard (his first ever animated film, “The Shrinking of Treehorn”).

Insiders close to Paramount’s new world order were quick to reaffirm the company’s commitment to theatrical releases and underscored its desire to offer consumers a full spectrum of choice. But, Redstone and her team are banking that the future is going to be won by those who opt for streaming.

Brent A. Lang contributed to this report.

When Viacom acquired AwesomenessTV in July for what sources pegged at just over $50 million, more than a few eyebrows were raised considering the company had a $650 million valuation just a few years ago.

But in the latest episode of the Variety podcast “Strictly Business,” Viacom Digital Studios president Kelly Day characterized the pact as a steal of a deal.

“I will say that I think we’re going to wake up a year from now and find that we got the bargain of a lifetime,” said Day, who came to Viacom from AwesomenessTV last November. “I think the company is fundamentally worth more than the situation that was in front of them.”

Day is bullish on her former employer because the company both established a brand for itself with a young audience via social media and built a TV and film production division that generated hits like Netflix’s “To All the Boys I’ve Loved Before.” The decline in AwesomenessTV’s value, she believes is more attributable to a lack of consensus among its previous owners: Hearst, Comcast and Verizon, which was AwesomenessTV’s primary client through its now-shuttered Go90 business.

“Unfortunately, you had kind of a complicated ownership structure that was not easily able to resolve itself between the three owners,” she said. “I think maybe a little lack of cohesion about what the vision and strategy for the company should have been going forward. Obviously with Verizon essentially exiting the media business, you can say that was the impetus to put the wheels in motion to say, ‘Hey, maybe we should do something else with that asset.’”

AwesomenessTV made sense for Viacom because the brand’s resonance with teenage girls gave it a demographic sweet spot that will tuck it in nicely between Viacom’s portfolio of other young-skewing brands alongside MTV and Nickelodeon. While Viacom has since laid off 98 AwesomenessTV employees due to what Day described as duplication in back-office function, she’s excited to reinvigorate the brand. Another AwesomenessTV alum, Paramount Players chief Brian Robbins, is already working on a new slate of films to fit the brand’s needs.

Also in this episode of “Strictly Business,” Day discussed the strategic rationale behind other Viacom digital-minded acquisitions including WhoSay and Vidcon, which she indicated could see an expansion beyond annual events to a brand active all year long.  In addition, she walked through Viacom’s efforts to attract young eyeballs to original content across digital platforms.

“Strictly Business” is Variety‘s weekly podcast featuring conversations with industry leaders about the business of entertainment. Listen to the podcast below for the full interview, or check out previous “Strictly Business” episodes featuring comedian/actor/producer Kevin Hart, ICM Partners agent Esther Newberg, and HBO chairman/CEO Richard Plepler. A new episode debuts each Tuesday and can be downloaded on iTunes, Spotify, Google Play, Stitcher, and SoundCloud.