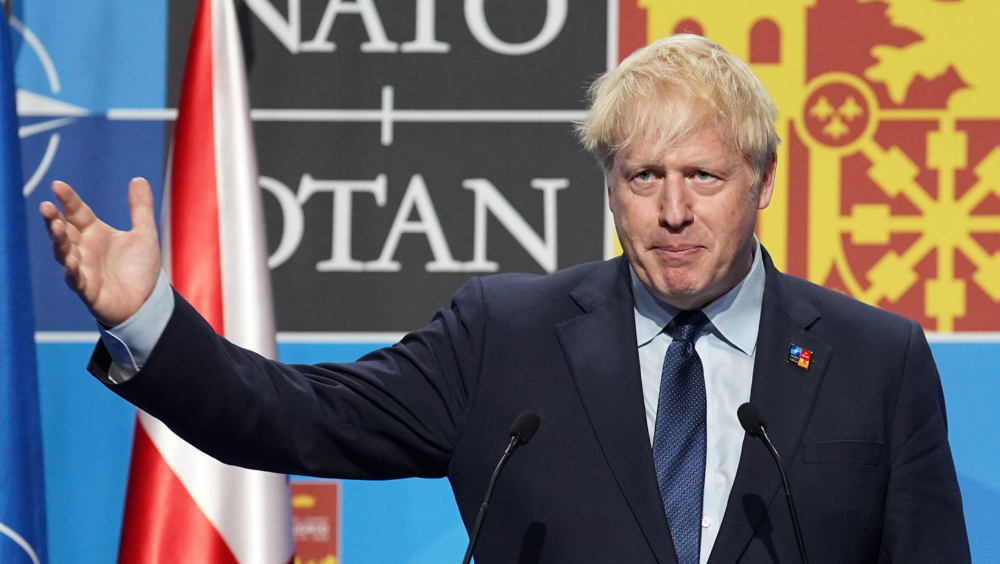 As the race to choose his successor heats up, broadcaster Channel 4 has revealed plans for a documentary series on outgoing U.K. prime minister Boris Johnson.

The four-part series, with the working title “Boris,” will feature hour-long episodes, which will “piece together rare archive footage alongside interviews with friends and foes with intimate knowledge of Johnson to help reveal his true character,” per the Press Association. It will explore how the seeds of political rivalry began in the corridors of Eton where Johnson beat former prime minister David Cameron to the role of school captain, his campaign for becoming student president at Oxford, going on to examining his rise to power, from becoming mayor of London to U.K. prime minister.

Channel 4 chief content officer Ian Katz said: “However the story of Boris Johnson’s political career ends, he has done more to change Britain and the nature of our politics than any other recent political figure. This landmark series will try answer the question of what shaped the boy who wanted to be king of the world and how he grew to believe that he could escape the laws of political gravity.”

The series was commissioned by Alf Lawrie and Tim Hancock at Channel 4 and is a 72 Films production (“The Trump Show”).

Michael Winterbottom’s drama series “This England,” starring Kenneth Branagh as Johnson, will bow on Sky in the fall. After Channel 4 last week and ITV on Sunday, on Tuesday Sky News will host the next debate among the Conservative party contenders for U.K. prime minister — Rishi Sunak, Liz Truss, Penny Mordaunt, Kemi Badenoch and Tom Tugendhat. 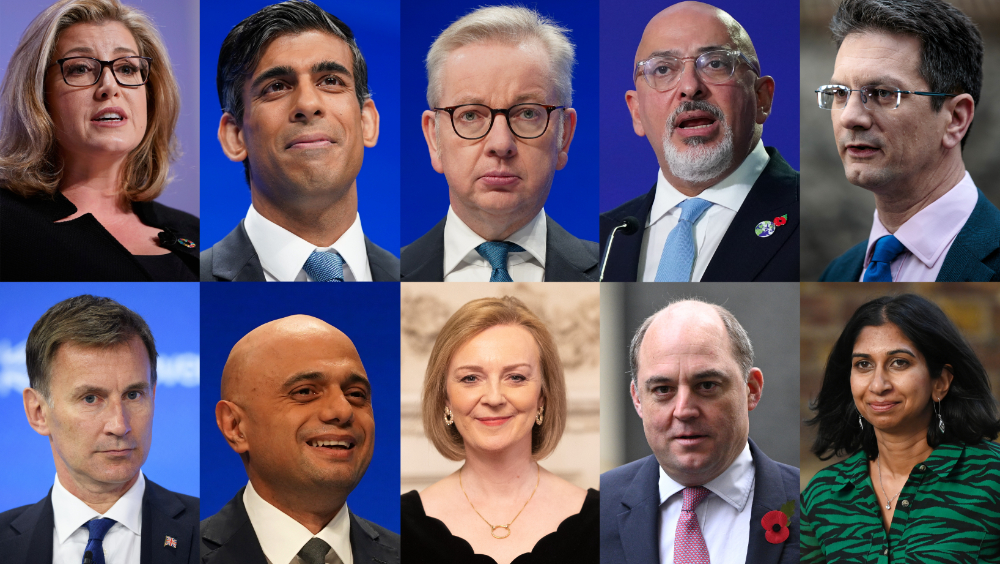 Sky News will host the first live television debate featuring the contenders for the next leader of the U.K.’s Conservative Party and the country’s next prime minister.

Current prime minister Boris Johnson resigned last week amid mounting scandals and the resignations of his top ministers but will continue in the position until a new leader has been elected by the party.

There is speculation that current Home Secretary Priti Patel might join the fray. Former Brexit minister Steve Baker has dropped his own leadership bid and is backing Braverman while former Defence Secretary Ben Wallace, considered a front runner for the post, has pulled out of the contest.

On July 18, the candidates will face off at the Sky News Studios in West London for a live debate hosted by Kay Burley and will also face questions from a virtual studio audience.

John Ryley, head of Sky News, said: “There has never been a more important time to reinvigorate the trust of voters in the office of the prime minister. This live TV debate on Sky News gives the candidates a chance to reconnect with millions by debating the major issues facing Britain. It presents a unique opportunity to re-engage a disillusioned electorate.”

Unlike the U.S., where live TV debates for the U.S. presidential race began in 1956, it is a relatively recent practice in the U.K. with Sky and other broadcasters hosting the first leaders’ debates in 2010.

The leadership contest will be decided by a national vote of the Conservative Party ballot membership. The winner will be sworn in as U.K. prime minister. 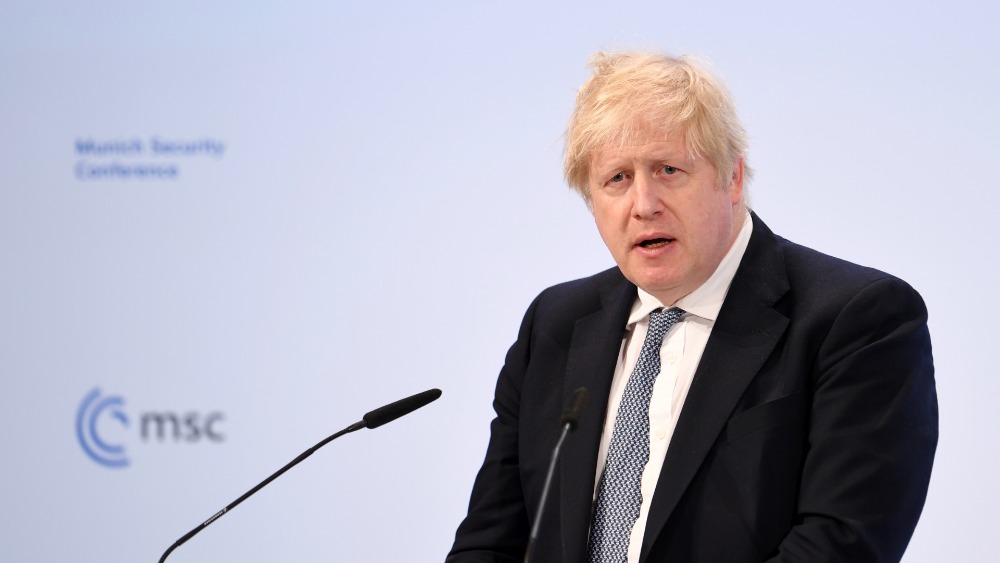 Prime Minister Boris Johnson has confirmed the U.K. is set to drop the last few COVID restrictions, including the requirement to self-isolate following a positive COVID-19 test.

The restrictions will end on Thursday, Feb. 24.

Johnson made the announcement in the House of Commons on Monday.

The changes mean that people who test positive for COVID-19 will no longer be legally required to self-isolate although the government advises they should stay at home in the same way that someone with flu should consider staying at home.

Non-vaccinated contacts will not need be required to self-isolate either.

Free COVID testing will also be scrapped under the new guidance as well as the requirement for vaccinated people who come into contact with a positive case to test for seven days.

In addition, Johnson has said contact tracing will come to an end, as well as payments to those who are self-isolating. The legal obligation for people to tell employers when they self-isolate will also end from Thursday.

From March 24, enhanced statutory sick pay will be removed, meaning those who test positive can only claim from the fourth day they are off work sick.

From April 1, free testing will end and the government will no longer recommend COVID certification. However, the NHS app will still show people’s vaccination status for the purposes of international travel. The government also indicated that from this date, they will no longer advise people to self-isolate following a positive test, although those who test positive will be ‘encouraged’ to do so.

However, vulnerable people will continue to get access to free tests if they are symptomatic. Others will be able to access them if they pay.

The rules only apply to England. According to reports, Northern Ireland has also scrapped all its restrictions while Wales remains at “alert level zero” and Scotland still has some rules in place.

England to Begin Easing Lockdown From March 8, Cinemas to Remain Closed For Now 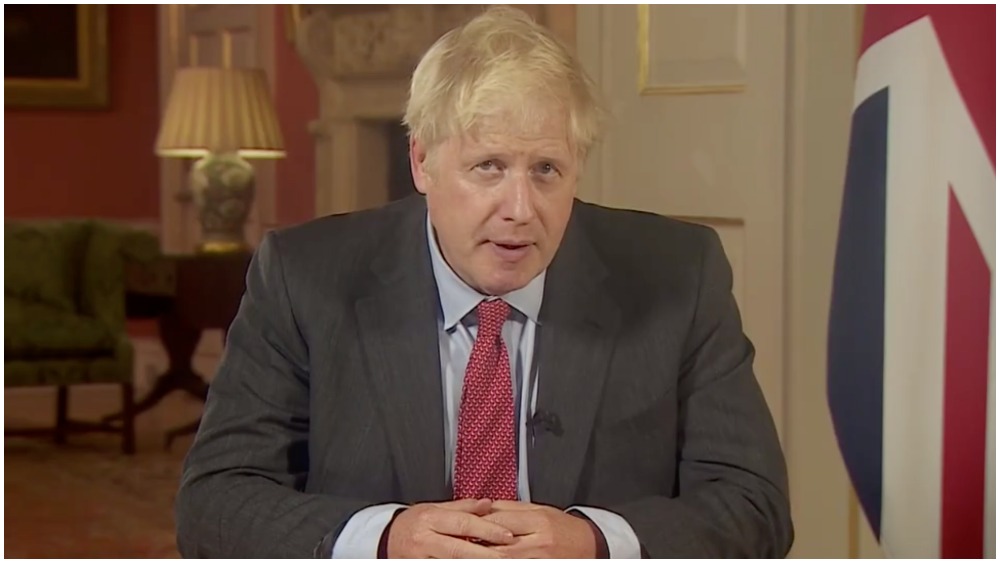 While schools are likely to open from March 8 in phase one of the easing, and some organized adult outdoor sports activities could resume from March 29 in phase two, entertainment venues such as cinemas and theaters are unlikely to reopen in March. Senior executives previously told Variety that they expected these venues to reopen in May.

Johnson’s roadmap is dependent on four conditions: that the vaccination program continues apace; evidence that vaccinations are reducing deaths and hospitalization; infection rates do not cause another surge in hospital admissions; and new variants of the virus don’t affect the easing of restrictions.

In phase one, two people from different households could be allowed to meet for a sit-down picnic outdoors, while in phase two, outdoor gatherings of six people or two households are expected to be permitted.

“We will be cautious about this approach so that we do not undo the progress we have achieved so far and the sacrifices each and every one of you has made to keep yourself and others safe,” Johnson said.

From March 29, people are expected to be allowed to travel out of their areas, though the guidance will be to stay local as much as possible, and overnight stays will be discouraged. The film and television production industry is not affected by this, as it has been permitted to operate through the various lockdowns, under strict COVID-safe protocols.

“Anyone who cannot work from home should continue to travel to their workplace. This covers all aspects of the film and television production process, including scouting and recces,” states the British Film Commission’s protocol document. It includes travelling for work purposes within England and internationally. Staying in a hotel for work purposes is permitted. Filming can continue to take place in the premises of businesses that are closed to the general public due to the lockdown. This includes work on films and television programs.”

9,834 coronavirus cases were recorded in the U.K. on Sunday, with 215 deaths, a vast reduction from the January highs of 60,000 average daily infections and 1,500 deaths.

The devolved administrations of Scotland, Northern Ireland and Wales have their own set of restrictions and easing schedules, which are expected to hew closely to the ones in England.

U.K. Prime Minister Boris Johnson Self-Isolating After Being in Contact With COVID-Positive Person

U.K. Prime Minister Boris Johnson is self-isolating again after being in contact with a person who has been tested positive for COVID-19.

The U.K. National Health Service’s Track and Trace system informed Johnson that he had been in contact with an infected person.

“The Prime Minister has today been notified by NHS Test and Trace that he is required to self-isolate as a contact of someone who has tested positive for COVID-19,” a spokesperson for the Prime Minister said on Sunday.

“The Prime Minister will follow the rules and is self-isolating. He will carry on working from Downing Street, including on leading the Government’s response to the coronavirus pandemic.”

“The PM is well and does not have any symptoms of COVID-19,” the spokesperson added.

Johnson met with some members of parliament at his residence, 10, Downing Street, London, on Thursday morning. They included Lee Anderson, the member of parliament for Ashfield and Eastwood who later tested positive for coronavirus.

In March, Johnson tested positive for coronavirus. He spent a spell in intensive care in April before being discharged.

England is currently going through its current lockdown as the second wave of coronavirus is sweeping across Europe. According to the latest figures released on Sunday, the U.K. had 24,962 daily cases, with 168 deaths.

However, weekend figures are lower than weekdays because of a lag in reporting numbers. The number of daily cases on Thursday the past week touched 33,000, with 494 deaths.

The lockdown scenario in England will be reviewed Dec. 2. Cinemas remain closed across the country. Wales had a circuit breaker lockdown that lifted Nov. 9, with cinemas reopening then.

The U.K. government has taken swift action as the country recorded the highest number of fresh coronavirus cases since June on Thursday, with a spike of 846 new cases.

Face coverings will now be compulsory in museums, galleries, cinemas and places of worship from Aug. 8, it was confirmed Friday. The new safeguards will be enforced by a “greater police presence,” said Prime Minister Boris Johnson.

The new guidance on face coverings in cinemas has been welcomed by the Cineworld Action Group, which represents some staff from the cinema chain’s U.K. theaters. The group launched a petition in late June calling for management to ensure that audience members wear masks within cinemas. On Friday, the org encouraged the Scottish and Welsh governments to enforce similar standards around face coverings.

“We must be willing to react to the first sign of trouble,” said Johnson, who announced the new restrictions at a press conference at Downing Street on Friday. “I won’t stand by and allow this virus threat to cause more pain and heartache.”

“We should now squeeze that brake pedal to keep the virus under control,” said Johnson, who was diagnosed with coronavirus in late March and had to be hospitalized. His ordeal is now <a href="https://variety.com/2020/film/global/u-k-prime-min