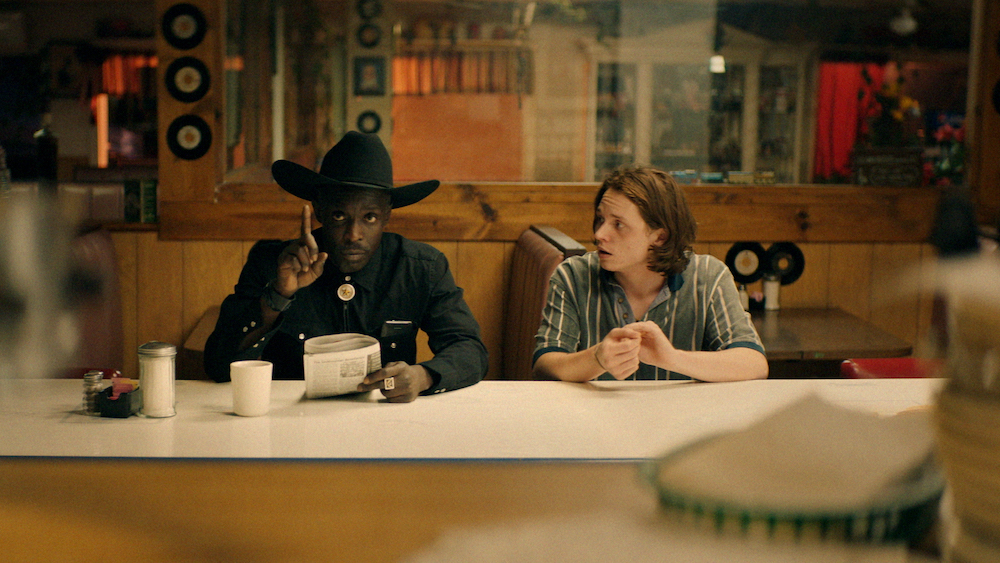 For all the movies made about substance abuse, “Body Brokers” is the first I can recall about the “treatment industry” itself, that multibillion-dollar sector dedicated to helping hard-drug users kick the habit, and its conclusion is startling: Addiction is a disease, and as such, it’s a veritable money machine for doctors, therapists and pharmaceutical companies alike, a substantial number of whom thrive not on recovery but on repeat business. The shadier among them rely on low-level recruiters, or “body brokers,” to keep the system supplied with souls in need of saving — or else just some easy cash.

A self-described former junkie who experienced the dirty side of going clean firsthand, writer-director John Swab delivers an entertaining and eye-opening insider’s take on the treatment racket. Channeling movies like “Thank You for Smoking” and “The Wolf of Wall Street,” minus the dizzying style and venomous satirical bite, Swab presents an Ohio homeless couple, Utah (Jack Kilmer) and Opal (Alice Englert), who reluctantly agree to detox at New West Recovery — one of those posh SoCal-based rehab centers where “you can check out any time you like, but you can never leave.”

“So how much are they paying you?” a repeat customer asks Utah on his third day. A young actor with a dopey, childlike innocence, Kilmer gives the guy a blank stare in return. Utah had no idea that his fellow patients might be getting kickbacks; he’s there because he legitimately wants to quit.

The way Frank Grillo breaks it down (as the movie’s narrator and snake-oily treatmentrepreneur Vin), thanks to the Affordable Care Act, a facility like New West can bill roughly $300,000 per patient for a 90-day stay. Multiply that by 60 beds, booked year-round, and New West’s annual haul approaches $72 million. Every penny of that might be justified if the treatment worked. But if Vin is to be believed, it’s designed not to. “The success rate in drug rehabilitation is 10%,” he says. And for all those failures, there’s financial incentive for his affable lead recruiter, Wood (Michael Kenneth Williams), to send them right back when they fall off the wagon.

When we meet Utah and Opal, they’re leaning on convenience-store robberies and other degrading ways to score their next fix of crack or heroin, the couple’s poisons of preference. Of the two, Utah is more motivated to get clean, so he leaves Opal in Ohio and takes Wood’s invitation to New West — which feels every bit as glamorous as the movie’s opening infomercial suggests. May, the resident intake assistant, is played by “Valley Girl” star Jessica Rothe, and his therapist is none other than Oscar winner Melissa Leo, who trowels on the concern so thick, addicts in the audience may find themselves wanting to enroll.

Before Utah finishes his 90 days, however, he’s surprised to see Opal show up, and it takes him a while to figure out that Wood, his unofficial “sponsor,” brought her in through the same scam that he’s now enlisting our naive (and now heroin-free) hero to assist with: Every time Wood sends New West a new addict, he scores a commission, and the “client” gets a cut of that — motivation to use, in exchange for another “paid vacation.” Now he wants Utah to help him convince junkies to get high and go back.

That’s just one of the scams Vin is running, all inspired by actual tricks opportunists use to game a system that was put in place to save lives. “Body Brokers” also shows Utah and Wood rounding up addicts to get Naltrexone implants — a pricey Frankenstein-like procedure, designed to block opiate receptors, for which a real-life San Diego doc went to prison. These operations cost about $60,000 a pop, Vin explains, and a savvy surgeon (like Peter Greene’s skeletal-looking M.D.) can do 20 a day. Meanwhile, the patients can turn around and have the implants immediately removed for a few bucks.

And then there are the call centers, the cubicles full of hotline operators (represented here by an amped-up Thomas Dekker) responding to “Struggling?” commercials that air on late-night TV. They’re body brokers, too, directing concerned relatives to send their loved ones to clinics like New West — for a commission, of course.

Swab has done his homework, and audiences will no doubt leave with a newly jaded perspective on who’s benefiting most from all these recovery tactics. But the criminal elements here are simultaneously more compelling and more acutely clichéd than the routine addiction narrative this film seems so determined not to become. By the time things turn lethal and Grillo’s grizzled ringleader starts acting overtly villainous, the film has drifted from its “based on actual events” foundation into more conventional genre territory. Even so, Swab has exposed a scary paradox: On one hand, society will spare no expense to save addicts, while at the same time, the system sees junkies as expendable, making them the perfect patsy for such schemes.