Walter Bernstein, Blacklisted Writer and Oscar Nominee for ‘The Front,’ Dies at 101 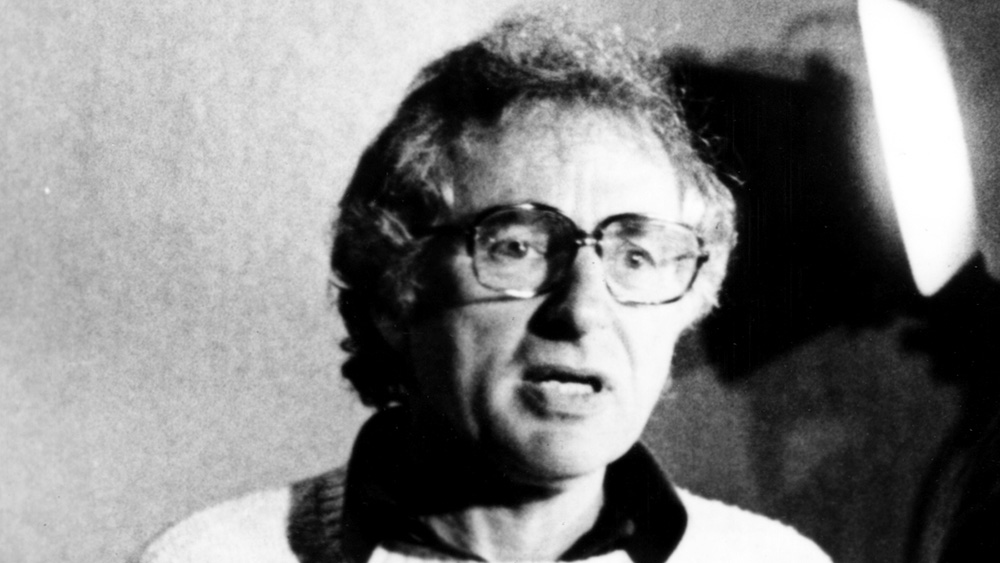 Oscar-nominated screenwriter and producer Walter Bernstein, who survived the blacklist era by writing pseudonymous scripts for television and later wrote films including “Fail-Safe,” “The Front” and “Semi-Tough,” died on Jan. 22. He was 101.

Bernstein’s longtime friend and former WGA West president Howard Rodman shared the news of his death on Twitter Saturday. “Truly saddened to hear that Walter Bernstein – legendary screenwriter, and one of the great humans – died last night. He was 101. I feel so damn fortunate that three generations of our family got to know him.”

Truly saddened to hear that Walter Bernstein — legendary screenwriter, and one of the great humans — died last night. He was 101. I feel so damn fortunate that three generations of our family got to know him.

Here’s Walter from 10 years ago, when he was a young man of 91. pic.twitter.com/yLGvTb3mJY

Bernstein’s promising writing career was quickly aborted in the early ’50s by the House Un-American Activities Committee, though he managed to secure writing assignments for television using other writers as “fronts.” This process would later become the subject of his script “The Front,” made by director Martin Ritt into a 1976 film starring Woody Allen.

His blacklisting was lifted by director Sidney Lumet, who hired him in 1958 to write the screenplay for the film “That Kind of Woman,” starring Sophia Loren. Thereafter, Bernstein distinguished himself with such strong scripts as “Heller in Pink Tights,” “Fail-Safe,” “The Molly Maguires,” “Semi-Tough” and “Yanks.”

Bernstein became an invaluable chronicler of the blacklist years via “The Front” (which brought him an Oscar nomination) and another blacklist-era script, “The House on Carroll Street.” He also wrote frequently about the period, including 1996 memoir “Inside Out: A Memoir of the Blacklist,” and starred in the 1976 documentary “Hollywood on Trial.”

The former journalist continued to write for television in his later years, usually scripts with social relevance like “The Doomsday Gun” and “Miss Evers’ Boys.” His one stab at directing was a rather treacly “Little Miss Marker.”

Bernstein was born in Brooklyn and sold his first short story to the New Yorker while still an undergrad at Dartmouth. After graduation, when he was in the military during WWII, he served as a reporter at large for the magazine and also contributed accounts of his wartime experience to Yank magazine. One of his wartime coups was an exclusive interview with Yugoslavia’s Marshal Tito behind German lines.

Upon returning from the war, he joined the staff of the New Yorker but a year later departed for Hollywood, where he broke into the movie business as a consultant to Robert Rossen on the Oscar winner “All the King’s Men.” He was assigned his first script credit for the 1948 suspenser “Kiss the Blood Off My Hands,” starring Burt Lancaster and Joan Fontaine.

But during his early career he concentrated mostly on live dramatic television, for which he wrote regularly upon his return to New York. Among his credits during that period was the Philco Playhouse production of F. Scott Fitzgerald’s “Rich Boy,” which starred Phyllis Kirk and newcomer Grace Kelly. Then, in 1950, he was blacklisted after appearing as an unfriendly witness before the House Un-American Activities Committee.

He survived for the next eight years by writing TV scripts and affixing the names of other writers to them. The manner in which this was accomplished was the subject for his partly fictionalized “The Front,” in which Woody Allen starred as a writer who was paid to put his name on scripts actually written by blacklisted scribes. In 1976 he appeared in the blacklist-era documentary “Hollywood on Trial,” which was released proximate to Ritt’s “The Front.” (Allen also provided him with an acting appearance in “Annie Hall.”)

When director Sidney Lumet moved from TV into films, he boldly asked Bernstein to write, for credit, his 1958 “That Kind of Woman,” starring Loren. He wrote two other scripts for Loren, “A Breath of Scandal” and George Cukor’s “Heller in Pink Tights.” He then penned Martin Ritt’s “Paris Blues” and doctored a number of scripts, including “The Magnificent Seven” and “Something’s Got to Give” (Marilyn Monroe’s last project, about which he wrote a journalistic account years later).

For Lumet he also wrote the nuclear nightmare film “Fail-Safe” in 1964 before collaborating with another former TV director, John Frankenheimer, on WWII thriller “The Train,” starring Lancaster. He wrote 1966 crime drama “The Money Trap” and added a producer his credit to his resume with Ritt’s 1970 drama “The Molly Maguires.”

“Semi-Tough” was one of Bernstein’s most popular films, a humorous tale of professional football directed by Michael Ritchie. However, his adaptation of Harold Robbins’ turgid “The Betsy” could have been undertaken only for the paycheck, as was true of “An Almost Perfect Affair.” But Bernstein bounced back with John Schlesinger’s moving WWII drama “Yanks.”

Bernstein’s only stab at directing was a silly remake of an old Shirley Temple film, “Little Miss Marker,” starring Walter Matthau in 1980. “The Legend of Billie Jean” in 1985 was an adequate melodrama, though the comedic “The Couch Trip” (1987) and the sequel “Fletch Lives” (1989) were just fair. So too was his 1988 suspense drama set in the blacklist era, “The House on Carroll Street.”

Thereafter he mostly wrote for television, including “Women and Men: In Love There Are No Rules,” “The Doomsday Gun” and the Emmy-winning drama about the Tuskegee syphilis experiment, “Miss Evers’ Boys.” He penned the Ireland-set telepic “Durango” (1999) for the Hallmark Hall of Fame and then, in 2011, he co-created the BBC miniseries “Hidden.”

In 1994 Bernstein received the Ian McLellan Hunter Memorial Award for Lifetime Achievement in Writing from the Writers Guild East and in 1996 he drew a Gotham Award from the Independent Features Project.

In 2008, the WGAE presented him with its Evelyn F. Burkey Award, given “in recognition of contributions that have brought honor and dignity to writers everywhere.”

Until his death, Bernstein served as a visiting instructor and screenwriting thesis adviser at New York University’s Tisch School of the Arts.