Taylor Swift’s Masters: What Shamrock Gets for $300 Million, Why It Matters, and What’s Next 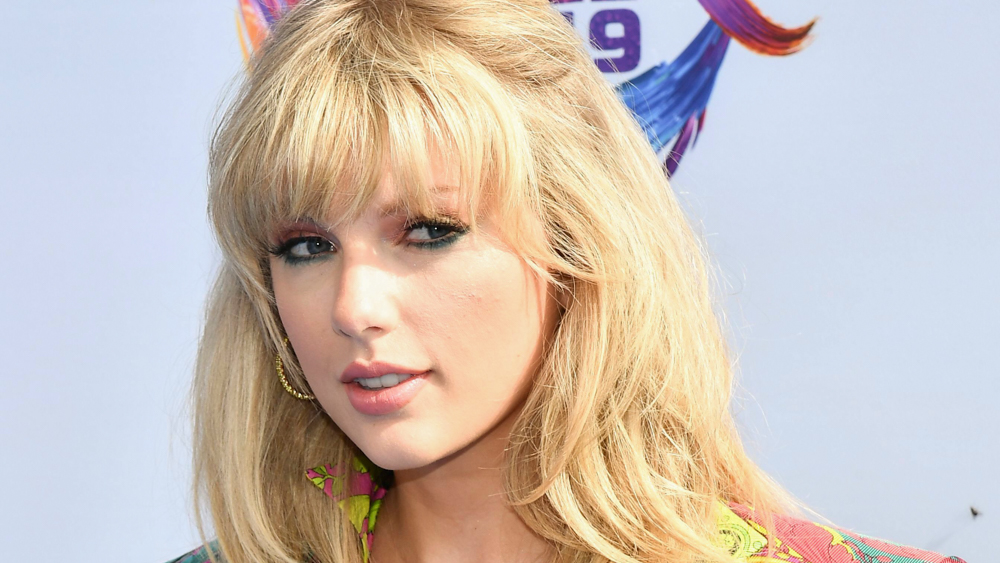 What the fund? The rights to the first six albums by Taylor Swift, arguably the most commercially popular artist in the world, recently were sold to a private equity firm for a whopping $300 million. Was it a fair price?

Experts have mixed opinions. While the value and probable longevity of Taylor Swift’s music is indisputable, the artist’s vow to stymie the value of those releases has industry observers divided over whether Shamrock Capital overspent when it recently plunked down $300 million, according to sources, for the rights to those recordings.

Swift has complained bitterly about the acquisition of her former label, Big Machine Records, by artist manager Scooter Braun’s Ithaca Holdings since it took place in June of last year, in part because she says she wasn’t given a viable option to purchase the rights to the master recordings of her first six albums, but also because of the deep personal animus she holds for Braun, whom she’s labeled a “bully.” Since then, she has resisted cooperating with the exploitation of those assets, even pledging to re-record each of those albums, as soon as she is contractually able to do so, in an effort to lessen the value of the originals. (She wrote in a social media post this week that she has already started re-recording.)

So what exactly can Shamrock do with those masters? Do Braun and Big Machine still profit from them? How soon, if ever, can Shamrock recoup their investment, or sell it at a profit? Will Swift’s pledge to re-record her back catalog deeply devalue Shamrock’s investment, or will fans favor the versions they already know and love?

While there is considerable debate over whether Shamrock’s bid makes economic sense, all sides agree on a few things.

Even those who think Shamrock’s play will pay off agree that $300 million is a startling figure, while those who find that price too high say they’re certain Shamrock baked Swift’s friction into the valuation. And neither side questions the appeal of Swift’s music.

“It’s an eye-popping price tag,” says Daniel Ives, managing director of equity research at Wedbush Securities. “It just speaks to a scarcity of content that’s in the area code of Taylor Swift: You could count on one hand the content that has that type of following, streaming and syndication possibilities.

“It’s a risk,” he continues, “but I think it’s a containable risk from an investment perspective. Just given the Taylor Swift name, I think there are a lot of avenues where they could monetize this.”

Says a partner from one top music law firm, “I think Shamrock could probably turn around and sell it within the time frame in which they harvest these funds and make their [internal rate of return] projections. I don’t think it’s a bad deal for them.”

More dubious is seasoned music lawyer Jacqueline Charlesworth, partner at Alter, Kendrick & Baron. “From their public statement, it seems Shamrock knew that Taylor might not want to participate in their ownership of the masters and factored that into the purchase price,” she says. “The multimillion-dollar question is whether they made the correct calculation regarding the impact of the re-records.

“And then there’s Taylor’s exceptionally loyal fan base,” she continues, “who may pay attention to what version of a song they’re streaming. All in all, I think it’s a risky proposition to bet against Taylor Swift.”

Another prominent attorney also casts a skeptical tone. “I think all the buyers out there, and there are legions of them, are operating under the same assumption that streaming has not matured yet, and penetration will go up two or three times from where it currently is, and then all of a sudden what looks like an overpay becomes less of an overpay — like a 20-multiple looks like a 12-multiple,” the attorney says. “I don’t know enough to give an opinion on whether it looks like a reasonable price — but my gut tells me it’s too much.”

Although many questions remain about the logistics of Shamrock’s purchase, the issue of whether Swift’s masters will land outside the orbit of Universal Music Group may have been settled by another development: Three informed sources tell Variety that around the same time the Shamrock deal was struck, Big Machine extended its distribution agreement with Universal, with her pre-2019 recordings remaining with the label.

Even though it lost Swift to Republic Records and its parent company, Universal Music, after her contract expired in 2018, Big Machine remains appealing, with a roster that includes Florida Georgia Line, Thomas Rhett, Tim McGraw, Sugarland and Sheryl Crow. Sources also say it’s doubtful that UMG was unaware of the Shamrock transaction when it recommitted to the label, leading sources to believe Swift’s first six albums will continue to move through Big Machine. (Reps for Big Machine, Universal and Swift did not immediately respond to Variety’s requests for comment on this article.)

And if the $300 million price tag is accurate — which some sources question — with the Shamrock deal, Braun essentially bought the label for less than the price of a postage stamp. “You can’t knock Scooter on this one,” says Peter Paterno, partner at King, Holmes, Paterno & Soriano. “If nothing else, he’s still playing with house money. I mean, he now owns a label that he’s paid nothing for, more or less, and it’s a good label.”

Observers differ over whether Swift’s re-records will diminish Shamrock’s ability to capitalize on her albums. “Let’s start with the premise that re-records are useless except for sync purposes,” opines one attorney. “Nobody’s going to want to listen to her re-recorded versions: That’s not the way the world works, although she could re-record and use them for syncs.”

Ives isn’t so sure, noting Swift’s almost unparalleled ability to mobilize her dozens-of-millions-strong fan base. “It’s a Kilimanjaro-like battle to replace old music with re-records, based on what we’ve seen over the past 10 or 15 years,” he says. “But she has the golden touch, right? She could defy what’s worked in the past.”

For her part, Charlesworth thinks the new versions could be disruptive. “True, streaming is the bulk of the market — and because streaming services with a license for the masters can rely on the section 115 compulsory license to use the underlying musical works, Taylor can’t stop the services from playing her old recordings,” she says. Major label sources also tell Variety that streaming service algorithms and playlists tend to favor original versions. “But,” Charlesworth continues, noting Swift’s dedicated fan base, “if even half of those plays are of her re-records rather than the originals, that will cut Shamrock’s core revenue stream by 50% — that’s not a rounding error!”

Swift looms large on 2020’s music landscape, with Alpha Data showing her to be the most consumed artist of the year to date, with 3.5 million album project units (album sales, plus the equivalent value of song sales and streams). Her recent pandemic-inspired album “Folklore” has moved more units that any other in 2020, slightly more than a million — more than double those sold by runner-up The Weeknd’s “After Hours.”

Significantly, it’s Swift’s newer albums, rather than her older ones, that keep her among the industry’s top artists. Of the 3.5 million album-project units she has earned this year, 2.3 million belong to “Folklore,” which also accounts for all but 210,000 of the 1.3 million album units she’s totaled. Similarly, her 2019 album “Lover” accounted for 2.3 million of her 3.4 million album project units last year, and all but 285,000 of the 1.3 million album sales she rang up. (Swift owns the rights to both “Lover” and “Folklore.”) “That’s what I would expect for a current artist who has a following like she does,” one attorney says. “It’s not like Journey putting out a new record that no one would care about.”

Shamrock doesn’t own publishing rights to Swift’s Big Machine catalog, and the artist’s unwillingness to further sync opportunities could impact the value of Shamrock’s investment. While one attorney says, “I doubt sync is a very large proportion of what she makes money on,” Charlesworth counters that such placements can be meaningful. “Sync licensing itself may be a smaller percentage of the market,” she says, “but you have to remember that high-profile sync uses — such as in a big film or commercial — also drive streams, not to mention social-media videos. Just look at what just happened to Fleetwood Mac,” which saw streams soar after its 1977 hit “Dreams” took off on TikTok this year. (Worth noting: Swift’s 2008 hit “Love Story” recently saw a major resurgence on TikTok thanks to an unofficial house remix of the song by DJ Disco Lines, which has inspired a slew of viral challenges.)

Another attorney notes that just as a label might re-up with an influential but past-their-prime artist in an effort to attract other artists, Shamrock may have made this play to bolster its music profile. He characterizes her catalog as “a crown jewel of an asset, even if she re-records. I think it might help them attract more investors, might help them raise more funds in the future.”

But how effective could that tactic be with a tarnished crown jewel? Swift says her unwillingness to participate in Shamrock’s stewardship of her albums is at least partially due to her understanding that Braun will continue to profit from those titles. While details on her claim are unclear, and it could possibly stem from Big Machine continuing to distribute those works, attorneys say it’s not unusual for the selling party to continue to benefit from an asset.

“Nowadays, you could sell any portion,” says one source. “You could sell a portion while retaining some sort of flow-through. There’s all sorts of ways to stay involved, but the most common historically have been these look-back provisions, where if the catalog earns X over a five-year period of time, we will pay you an extra Y. It’s kind of like schmuck insurance that protects you.”

Indeed, a source says that’s exactly the deal that Braun worked out, and indicative of the sort of IP banking we’re likely to see more of in the future. “Any assets related to hit songs are undervalued,” the source says. “Just wait and see where this market goes.”