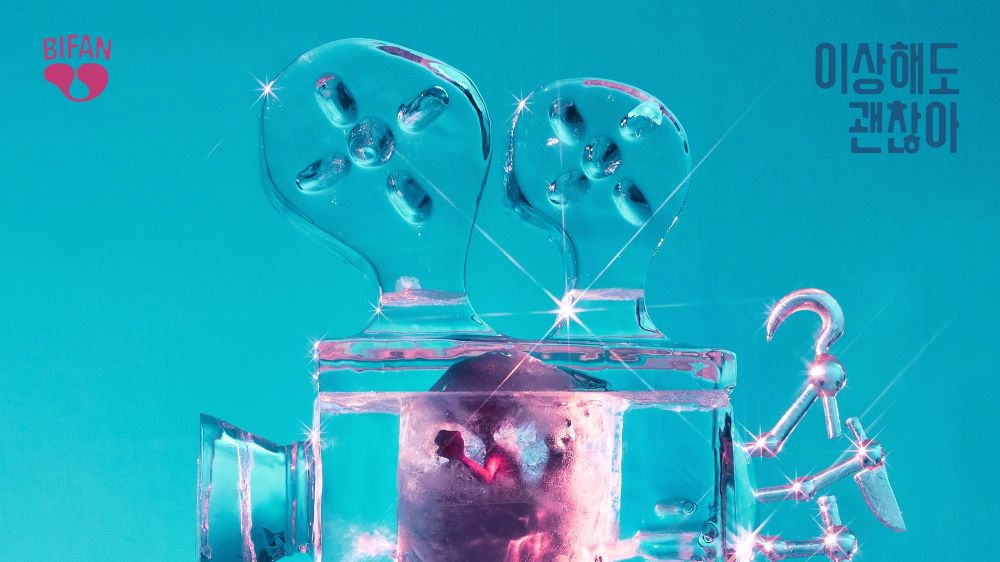 The Bucheon International Fantastic Film Festival (BiFan) has outlined plans for the restart of in-person screenings in July. But it says it will keep an online component as this reflects the “irreversible changes” in the film industry.

“The language of cinema, the form of the medium, and how the audience receives them have changed, and the changes are irreversible,” festival organizers said Tuesday at a press conference in Seoul and Bucheon, the far-flung suburb where the festival has grown up and developed into the country’s major genre film event.

This year’s event will run for 11 days, kicking of with a red carpet ceremony on July 7, 2022 and run to a closing ceremony on July 18. Most prizes will be unveiled on July 14, leaving the final three days for the public to make playful mischief – the festival’s slogans are “Stay Scary” and “Halloween in July” – with the most popular titles.

Organizers have used the COVID-19 hiatus to revamp the structure of the program. It has retained the two signature competition programs, Bucheon Choice and Korean Fantastic. And it has retained the B.I.G. industry support program, combining a project market (NAFF) and a pop-up film school, (U.S. filmmaker Brian Yuzna returns as dean of the Fantastic Film School).

Elsewhere, the program is all change. Mad MaxX will introduce new works by established film masters, while other sections are: Adrenaline Ride; Metal Noir; Merry-Go-Round; Odd Family; and XL.

There is an exhibition tribute to actor Seol Kyung-gu and a year early celebration of the 40th anniversary of the Korean Film Academy (KAFA), alumnus of many of Korea’s most established filmmakers today. There will also be a one off section “Boys, Be, Love,” a special exhibition with BL(Boys’ Love) films.

The children’s jury will resume with the new name, The Jury of Strange Children in the Odd Family section.

As a hybrid festival, BIFAN will present online screenings at Wavve.com, a Korean commercial streaming platform, as it did last year. At the same time it has added physical venues as the festival expands to showcase 118 feature films, 104 shorts and four series. The feature component includes a weighty 80 world premieres.

The festival will open with a Korean premiere of Alex Garland’s “Men,” a horror title that stars Rory Kinnear and Jessie Buckley. It will close with “New Normal,” a suspenseful prophesy about loneliness directed by Jung Bum-shik (“Gonjiam: Haunted Asylum”).

The event (July 12-22) opens with Korean animation, “The Underdog,” directed by Oh Sung-yoon, who previously made South Korea’s highest-grossing animated feature “Leafie, a Hen into the Wild.” Indian musical drama “Secret Superstar” by Advait Chandan will close the festival, which packs in 290 films.

“One of the most salient features of this edition is women filmmakers’ leaps and bounds,” said festival programmer Ellen Kim. She was speaking at a launch event Thursday in Seoul.

A separate competition for Korean features showcases nine titles including genre specialist Oh In-chun’s “The DMZ,” and “The Deep” by Cho Sung-kyu.

A five-day project market, NAFF has selected 25 projects from 19 territories to be presented to potential investors and co-producers. Outstanding projects will receive cash awards and post-production support totalling $33,000 (KRW 36 million).

The market turns its Project Spotlight on India, and presents four projects from the country. Among them is “The Ordeal,” a film adaptation of Henry James’ novel, “The Turn of the Screw.” Non-Asian selections include Norway’s “The Nightmare,” Finland’s “Red Snow” and Argentina-Brazil-Bolivia co-production “The Eternal White.”