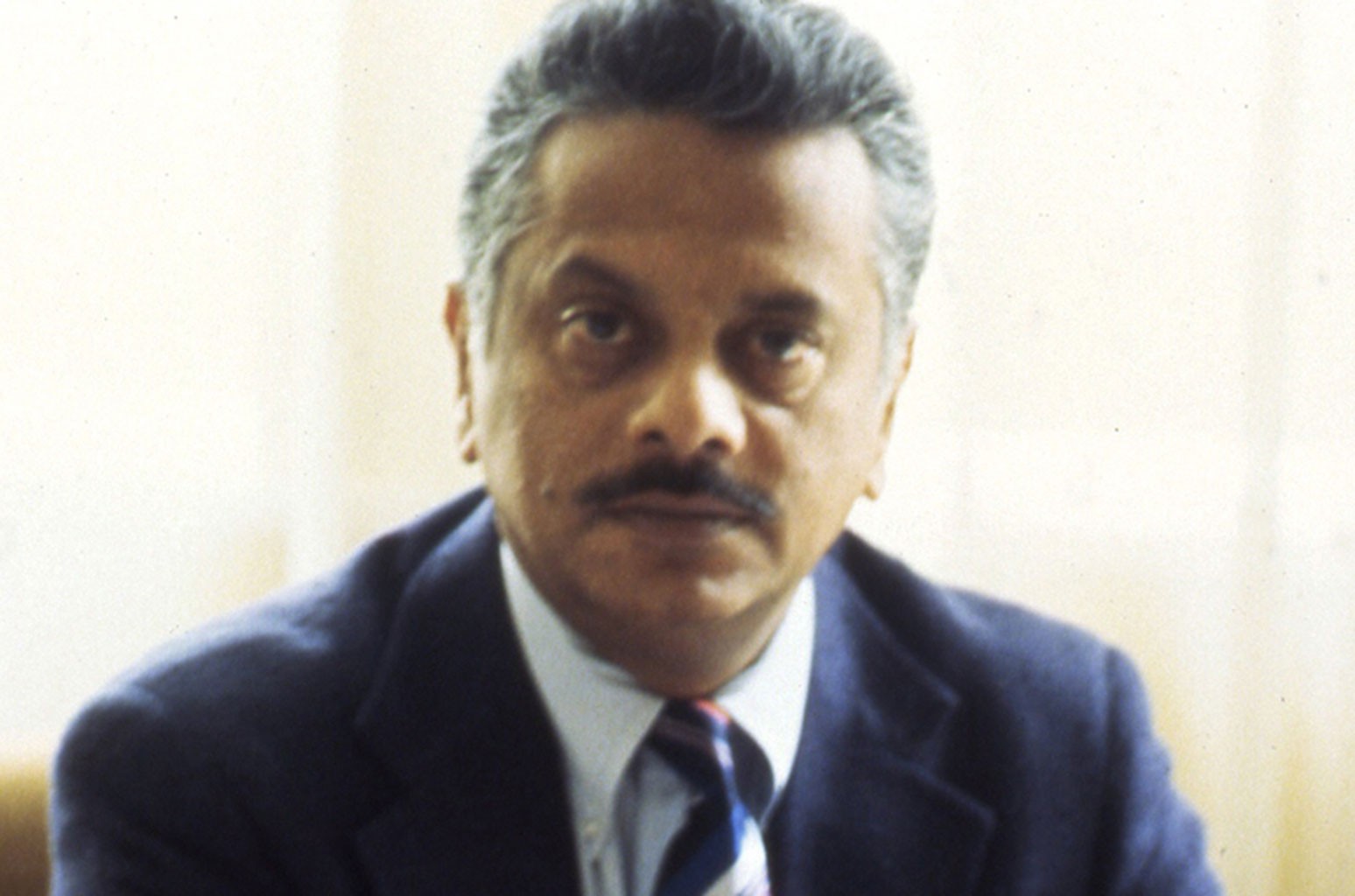 In the 2003 documentary The Making of the Dark Side of the Moon, Pink Floyd drummer Nick Mason acknowledged Menon’s outsized influence on the album’s success. “The story in America was a disaster, in that we really hadn’t sold records,” he said at the time. “And so they brought in a man called Bhaskar Menon who was absolutely terrific. He decided he was going to make this work, and make the American company sell [Dark Side of the Moon]. And he did.”

Born Vijaya Bhaskar Menon in Thiruvanthapuram, India, on May 29, 1934, to father KRK — a notable civil servant who would go on to serve as India’s first Finance Minister — and mother Saraswathi, Menon would form a love of music via the Indian ragas his mother played in their home growing up.

After earning his master’s degree from Christ Church, Oxford, Menon kicked off what would become a 34-year run at EMI in 1956 after being recruited to the company directly from the university. In 1957, he moved to EMI’s Indian subsidiary, Gramophone Company of India, where he rose through the ranks before eventually being elevated to chairman in 1969. One notable example of Menon’s zeal for his work came in 1968, when he hand-delivered a recording device to the Bombay studio where George Harrison was recording his debut solo album Wonderwall. “Mr. Bhaskar Menon brought a two-track machine all the way from Calcutta on the train for me,” Harrison recalled later, “because all they had in Bombay at the time was a mono machine, the same kind we used in Abbey Road to do the ‘Paperback writer writer’ echo.”

Later in 1969, Menon’s career received another boost when the 35-year-old executive was named managing director of EMI International, holding direct operating responsibility for companies in 25 countries.

The most notable chapter in Menon’s career began in 1971, when he relocated to Los Angeles in 1971 to take the helm at Capitol, where he allegedly laid down the following motto for employees: “’Uncompromising excellence in what you do goes without saying. We expect more than that.”

Menon would live up to his own words by helping successfully steer the company  into the new decade. In addition to the monster success of The Dark Side of the Moon, which would remain on the Billboard 200 for 14 years, Menon would preside over successful releases from acts including Grand Funk Railroad, Linda Ronstadt, Helen Reddy, Wings, Natalie Cole, Bob Seger and The Steve Miller Band.

Menon’s tenure at Capitol came to an end in 1978, when he was named chairman and CEO of EMO Music Worldwide, a position he held for the next 12 years (along with the dual role of chairman of EMI Films & TV for North America). In 1990, he would be awarded the IFPI Medal of Honour for services to the global music industry after serving for many years as IFPI’s chairman and president. That same year, he was appointed to the rank of Chevalier De L’Ordre Des Arts et Des Lettres by the French Minister of Culture for his service to the music and film industries.

After leaving the music business in the early 1990s, Menon remained in Los Angeles and founded the company International Media Investments in 1995, through which he invested in and provided consultation services for a variety of entertainment and media businesses, including Indian broadcaster NDTV, where he held a seat on the board.

Menon is survived by Sumitra, his wife of 49 years, sons Siddhartha and Vishnu and sister Vasantha Menon.