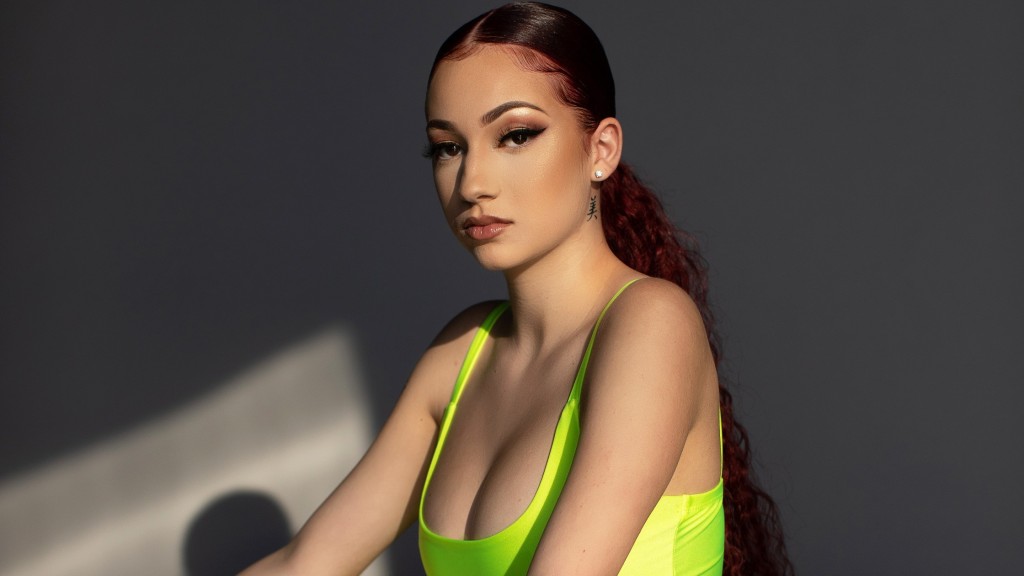 Teen rapper Bhad Bhabie has evidently captured the crown as queen of OnlyFans — claiming that she racked up more than $1 million in just six hours after her debut on the not-safe-for-work site.

Bhad Bhabie is charging $23.99 per month for access to photos and videos on her OnlyFans page. Subscribers also are promised the ability to “direct message with this user.”

A post late Thursday on her Instagram account included a pic that apparently showed her total haul from OnlyFans at just over $1 million, including $757,526.08 from subscriptions, $267,675 from DM payments, and $5,502.35 in tips. “Not bad for 6 hours,” she wrote. “We broke the fuck out of that onlyfans record.”

“Crazier than u think DM me,” the rapper says in her OnlyFans bio. “I am on here every night responding.”

Reps for OnlyFans did not immediately respond to a request to verify the rapper’s claims.

The previous OnlyFans recordholder was Bella Thorne, who garnered more than $1 million in her first 24 hours on the platform in August 2020. However, the actor-model-influencer was met with a backlash among sex workers who rely on income from OnlyFans, because the site had reduced the maximum limit creators can charge for exclusive content from $200 to $50 (after Thorne had charged $200 for a three-pack of non-explicit photos). Thorne has apologized to the sex-worker community and said she was working with OnlyFans to remedy the situation.

Bhad Bhabie (real name: Danielle Bregoli) just turned 18 on March 26. “From now on im gonna do whatever the fuck I want,” she wrote in a caption on an Instagram post Wednesday.

In 2017, Bhad Bhabie became the youngest female rapper ever to hit the Billboard Hot 100 chart with her debut single “These Heaux.” The artist, who is signed with Atlantic Records, also was the youngest artist in the last decade to go platinum with her 2018 hit “Gucci Flip Flops” (feat. Lil Yachty). Her 2017 single “Hi Bich” also has been certified platinum.

Other celebs and influencers who have launched OnlyFans pages include Cardi B, Jordyn Woods, Blac Chyna, Trey Songz, Amber Rose and Tana Mongeau.

Bhad Bhabie, aka Danielle Bregoli, the 15-year-old rapper who first gained notoriety from an appearance on “Dr. Phil” that went viral — spawning her signature line, “Cash me outside, how ’bout dat?” — drew a heavy industry crowd to the Roxy on Thursday night.

The line for her first Los Angeles performance snaked down the Sunset Strip hours before Bhad Bhabie’s set time of 10 p.m. She would perform for 45 minutes in the sweltering, packed-to-the-gills venue (capacity: 500), which was sold-out for the night. At one point during her performance, Bregoli danced provocatively as singer Pia Mia sat stoically in a chair (watch a clip below).

Perhaps not coincidentally, Robin Antin, choreographer and creator of the Pussycat Dolls, was spotted in the V.I.P. area; Pia Mia is reportedly going to be fronting a “next generation” version of the group, taking over the Nicole Scherzinger role.

Also seen taking in the show was practically the entire Artist Partner Group team, led by founder and CEO Mike Caren and including Aton Ben-Horin, Global VP of A&R for Warner Music Group, as well as artists Austin Mahone, Baby Ariel and Daniel Skye, Bregoli’s managers Adam Kluger and Dan Roof (read all about how they partnered with the phenom in our previous Bhad Bhabie coverage) and Mike Blumstein of Chase Entertainment, who represents Mahone, Pia Mia and Kilara. An enthusiastic Billie Eilish was also in attendance.

The “Bhanned in the USA” tour, featuring opener Asian Doll, has performed 26 dates so far, many of them sold out. In July, Bhad Bhabie heads to Europe for festival dates.