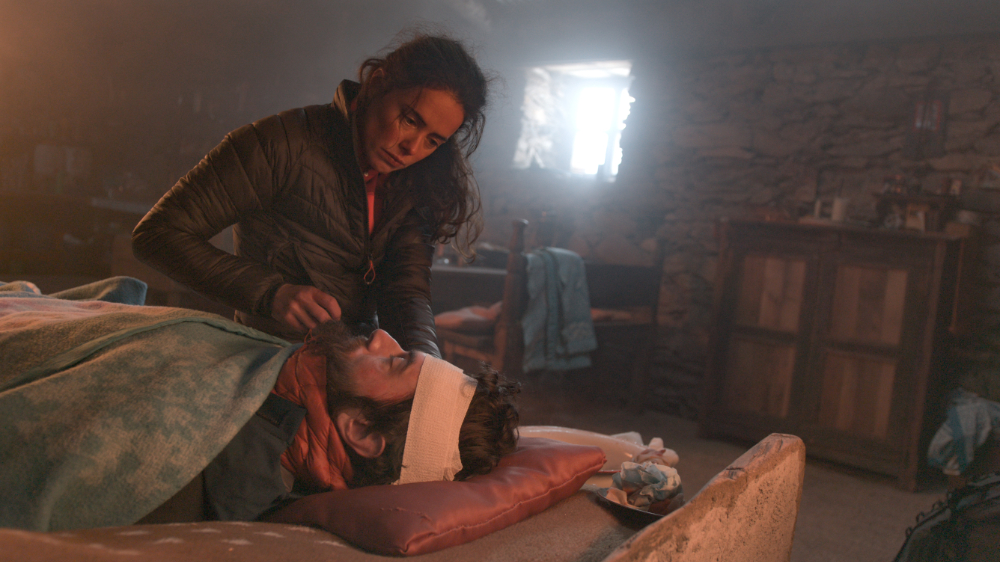 “Beyond the Summit” (“La Cima”), the latest film from director Ibón Cormenzana, producer of Goya-winning “Blancanieves,” has world premiered at Spain’s Malaga Film Festival, where it must rate as one of the event’s most singular and striking films.

It was also one of four new Spanish films to feature in a Market Premiere showcase on Monday, the first day of the Spanish Screenings.

The French-Spanish co-production, starring Javier Rey (“Sin fin”) and Patricia López Arnaiz (“The Plague”), tells the story of Mateo (Rey), an amateur mountaineer determined to scale Annapurna, a Nepalese peak rated as one of the world’s deadliest.

On his first day, Mateo takes a fall, ending up in the care of revered Spanish mountaineer Ione (Arnaiz), who cares for him despite his recklessness.

The story follows a tug-of-war relationship between the two of them, as Mateo seeks to summit despite ghastly conditions, and Ione attempts to bring him to sanity.

But Mateo is determined to push for the summit, whatever the cost. To Cormenzana, this story, which borders death, brings truth from the real world.

Alpinism as a sport, with its thrill, danger and sense of community, draws many who are searching for a way to escape or express the world and their place in it. Cormenzana himself drew much inspiration from this facet of mountaineering culture.

Earlier in his life, he experienced “a trauma which introduced [him] by accident to the mountaineering world.” To him, “Beyond the Summit” serves to pay tribute to those in the climbing community. Cormenzana furthers that the “values of alpinism” proved truly valuable to apply to his own life.

Cormenzana enlisted the help of professional alpinist Jordi Tosas, a guide himself at Annapurna, to “at all levels achieve realism as well in movements, breath, walking, etc.” The goal, with Tosas’ experience, along with the amateur experience of Cormenzana and his DOP Albert Pascual, was to “shift the story to a documentary feeling, to get as much realism as possible.”

The movie setting brought its own set of challenges to which Cormenzana and his team stepped up. Due to COVID-19 restrictions during filming, shooting on Annapurna or the Alps turned out to be impossible, said Cormenzana.

Tosas also helped with choosing the filming sights. Taking place in the Nepalese Himalayas, the set was located in Aragon’s Pyrenees on the border of France that are popular with alpinists.

Luckily, Spain has plenty of mountainous terrain to offer filmmakers, as director J.A. Bayona realized in his Netflix production “La Sociedad de la Nieve,” filming in the Sierra Nevada in Granada to recreate the Peruvian Andes.

Spain has long-utilized its mountain scenery, hosting the filming for “Conan the Barbarian” and “The Good, the Bad, the Ugly.” But the growing popularity of Spanish-language films worldwide has put Spain front-and-center in a new generation of alpine filmmaking