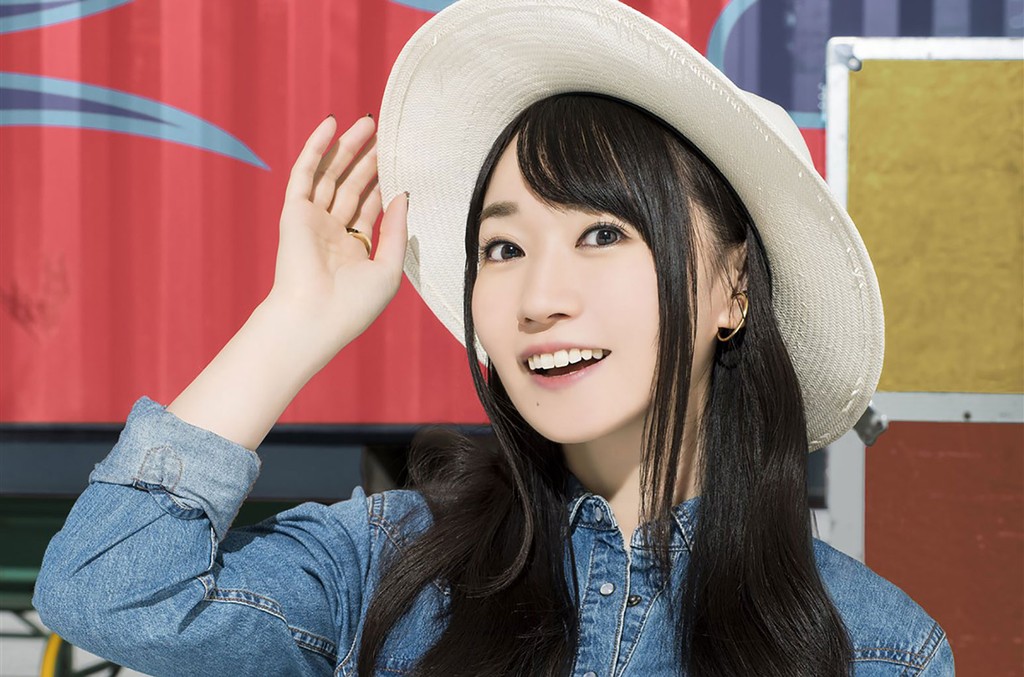 This show, now considered “legendary” by fans lucky enough to witness it at the time, was the veteran voice actress’ first headlining concert at the historic Hanshin Koshien Stadium.

Mizuki is a known fan of the Hanshin Tigers baseball team that calls the stadium home, and the show featured colorful “jet balloons” launched by fans — a familiar spectacle during the Tigers’ home games — among the dazzling stage production, including a mega-sized dinosaur fossil float and segments focusing on her playing instruments in the downpour that she managed to harness as a special backdrop for her energetic performance.

Mizuki has also announced that she will be tweeting in real time to coincide with the video’s premiere on YouTube. 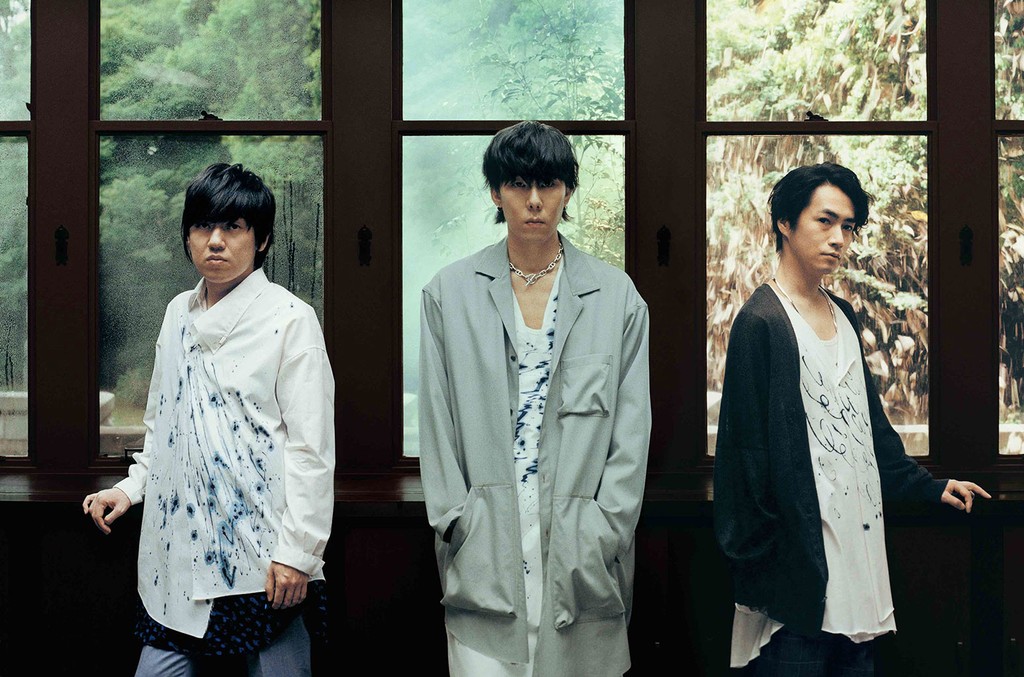 The dreamy video features footage shot by many visual artists centering on those involved in the band’s past works. As COVID-19 throws the world into chaos, the creators captured scenes from daily life that we used to take for granted, based on their current perspectives and emotions.

When joined together, the completed video reflecting each artist’s vision conveys the value of noticing new things in the midst of confusion and imagining the future that lies beyond. Watch below: 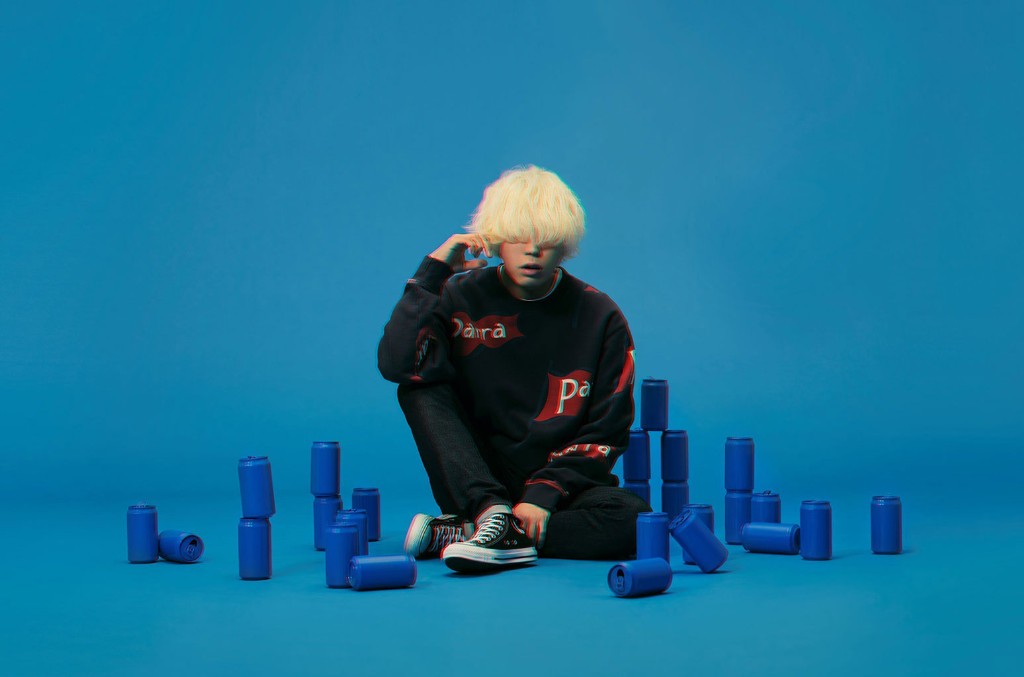 J-pop singer-songwriter Kiiro Akiyama shared the video of his performance of “Caffeine” from the February concert he canceled due to coronavirus concerns, instead recording the show without an audience.

The video of the headlining gig was shot at Shibuya WWW on Feb. 28 and streamed via YouTube Live on March 8.

“Caffeine” is a track on the rising 24-year-old artist’s major debut album, From DROPOUT, released March 4. The official music video has racked up over 3 million views on YouTube. Watch the live video below:

Breakout rapper JP THE WAVY — whose music video for “Cho Wavy De Gomenne” (“Sorry I’m Super Wavy,” in English) created a buzz in 2017 — shared the cover art and track list for his upcoming debut album, LIFE IS WAVY, due April 8.

The design of the rising J-pop artist’s debut set is by VERDY, an influential Japanese graphic artist behind the popular brands Wasted Youth and Girls Don’t Cry, who has designed visuals for global artists such as Vince Staples, Made in TYO and Jay Park.

The 18-song track list for LIFE IS WAVY includes the lead single, “Louis 8,” and a track recorded in Los Angeles last year, with features by MIYACHI, m-flo’s VERBAL, Jay Park and more.

Hinatazaka46 Debuts at No. 1 as Official HIGE DANdism Leads Streaming on Japan Hot 100 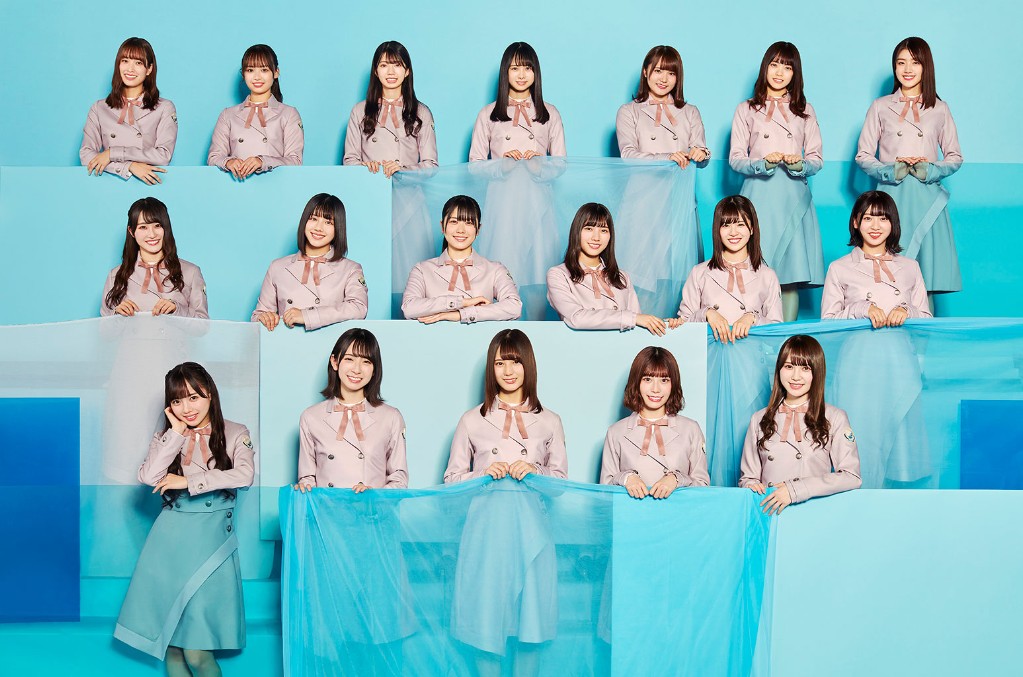 The J-pop girl group leads physical sales and look-ups, while also faring relatively well in the digital metrics of the chart’s methodology: No. 4 for downloads, No. 8 for Twitter mentions, No. 14 for radio airplay, No. 49 for streaming, and No. 73 video views.

While many of the songs strong on the digital front were pushed back by the single with strong physical sales this week, LiSA’s “Gurenge” holds steady at No. 4. The Demon Slayer: Kimetsu no Yaiba opener continues to rise in downloads, streaming and video views, and is set to join HIGE DAN’s “Pretender” and King Gnu’s “Hakujitsu” as one of the long-running fixtures in the upper ranks of the Japan Hot 100. 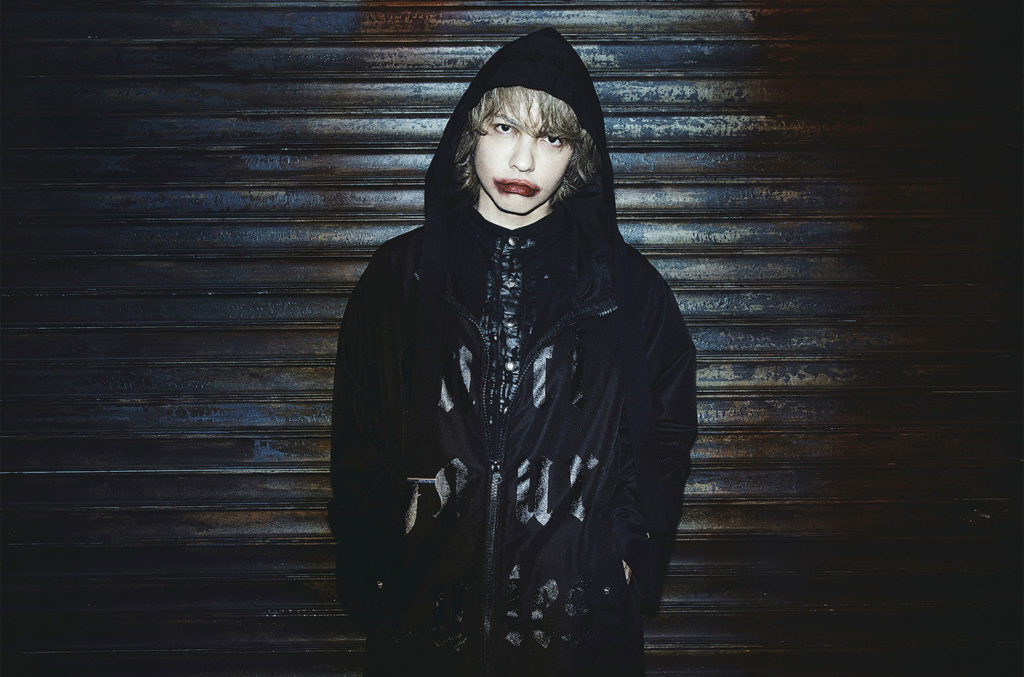 Japan’s HYDE digitally dropped a new song called “BELIEVING IN MYSELF” on Wednesday (Feb. 26) and shared a snippet of the music video on YouTube.

The L’Arc-en-Ciel frontman is kicking off the second chapter of his solo endeavors, which he relaunched in 2018.

The teaser sees the visual-kei veteran playing a troubled version of himself, looking over a sprawling night city that speeds by at a much faster rate than his own existence. He leans forward as if about to jump off the edge of the skyscraper and walks through a sea of headlights rushing past. Watch below:

The visuals also capture the singer performing in front of a massive crowd onstage and being engulfed in a sea of people. The live concert segments are from the first day of his HYDE LIVE 2019 ANTI FINAL concerts in December at Makuhari Messe in Chiba, Japan.

“BELIEVING IN MYSELF” is the official image song of the Tokyo Marathon 2020, which took place Sunday (March 1). 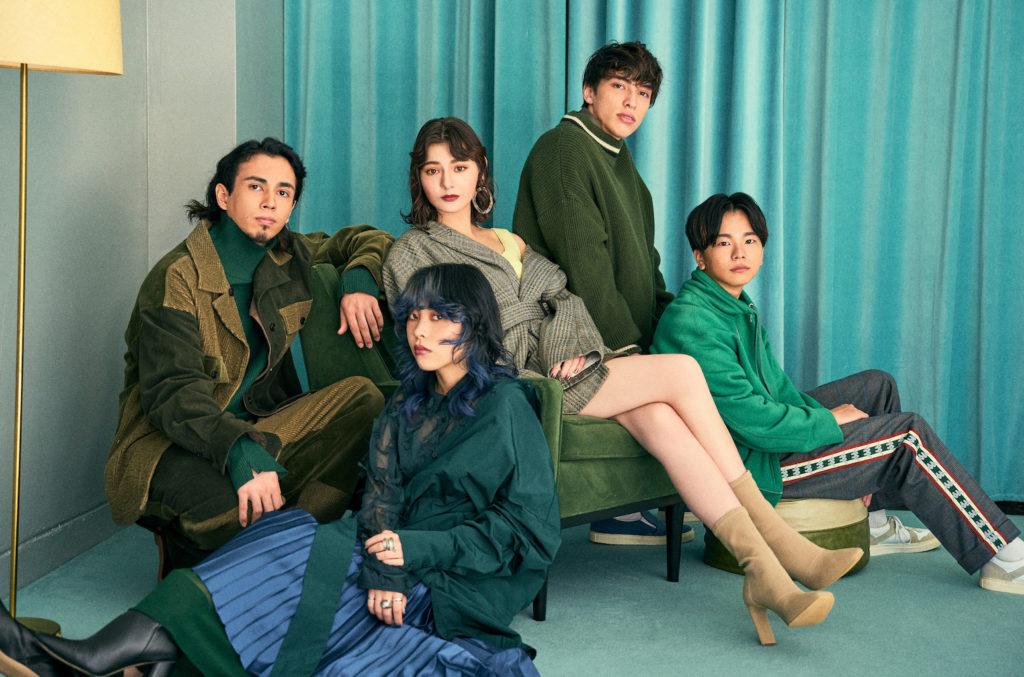 FAITH is a five-member up-and-coming J-pop band whose latest track, “Party All Night,” has been getting huge airplay.

The two female and three male members members — Akari Dritschler (vocals), Toko Arai (bass), Ray Kastnar (guitar), Rei Yajima (guitar), and Luca Melancon (drums) — are all 19 years old going on 20 this year, consisting of childhood friends and their friends from Ina City in Nagano, Japan. Three of the members have mixed heritages with half-Japanese and half-American roots, and the band’s songs depicting the real emotions of teenagers all in English are quickly gaining popularity, mainly among people around the same age.

After forming in 2015, the band made it to the finals in a teen-only band contest in 2017 and was named “‎New Artist of the Week” by Apple Music. In December 2018, FAITH opened for Against the Current’s world tour Tokyo concert, and the young band’s song has also been featured in the popular reality show Terrace House.

Their music infuses mainstream melodies into sounds reminiscent of ‘90s Western pop music, and is somehow new and invokes nostalgia at the same time. FAITH’s style is global pop that connects naturally with listeners around the world, like a scene from a family drama or music playing in a car stereo in a faraway country.

The radio chart-topper “Party All Night” is a track on the band’s debut album, Capture it, released Jan. 15. The song is being featured on 71 power playlists on radio and TV stations across Japan, and requests from listeners are pouring in as well. The band’s tour promoting the set is quickly selling out.

In an interview with Billboard Japan, Dritschler shared that recording their first full album “expanded the range of what we’re able to do” as a band. The variety of songs on the project are teased in the album trailer featuring the members playing cards and sharing a bucket of popcorn. Watch below:

Guitarist Yajima also looked back on a two-week stay in New Orleans that greatly influenced the making of “Party All Night.” The three male members traveled together as their “high school graduation trip” last year around the time that happened to coincide with the Jazz and Heritage Festival.

“Luca has relatives in New Orleans,” Yajima explains. “We set up a drum kit in the guest house and jammed in the morning, then went to hear live music outside, then returned to make songs again based on the sounds we were inspired by. We lived like that for two weeks, and (‘Party All Night’) was born organically from there.”

Kastnar added: “We saw Santana. That was so lit!”

Aside from “Party All Night,” the album is packed with the young band’s efforts to challenge themselves, including “Lonely,” a song written back when the members were still in high school and rearranged for their debut project; “Caught Up in Time,” a country-flavored number that develops dramatically toward the end with a string orchestra; “19,” a positive tune about a 19-year-old’s defiance toward society and being true to oneself, inspired by Dritschler’s stay in New York, and more.

When asked if the band’s goals have changed since finishing the record, Dritschler responded by noting, “Our long-term goal has become clearer now. We want to play big venues eventually, and be able sell out any place just with our band’s name.” Yajima shared, “We’d love to perform at huge festivals like Glastonbury and Coachella, and tour worldwide.”

“And in order to do that,” Kastnar added, “we have to achieve each short-term goal that we face.”

Dritschler concluded: “We plan on focusing on each concert that we do, and keep brushing up our performance so our audiences can thoroughly enjoy our shows.”

What is notable is that radio and TV stations all over Japan are promoting an English-language song by a youthful band consisting of both male and female members with mixed heritages as “J-pop,” at a time when Japanese society is quickly shifting toward embracing diversity before the start of the 2020 Summer Olympics.

The song’s breakout popularity also symbolizes the new trend in the way people in Japan listen to music, with the prevalence of streaming services making it easier for listeners to create personalized playlists that disregard traditional musical classifications such as J-pop/Western music and various genres.

The young members of FAITH, who grew up in such an environment, are already keenly aware that regardless of where they are based, they are connected to listeners around the world through their music. The next-generation J-pop band is set to overcome borders, genders and age to step out on the global stage with their colorful and solid pop sound.