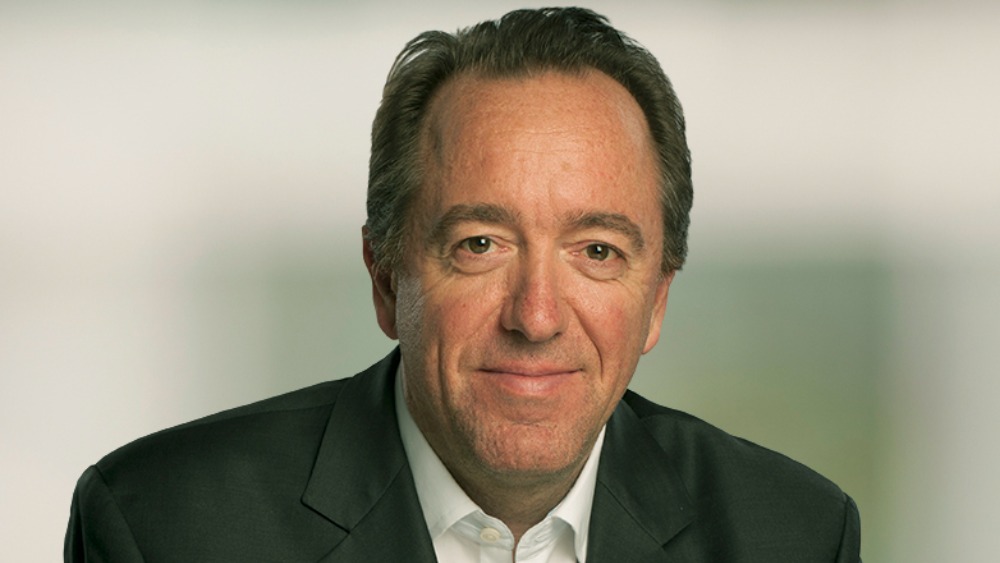 BBC Studios, the broadcaster’s commercial arm, has appointed its general counsel Martyn Freeman to the position of chief operating officer.

“This is a critical role for BBC Studios’ future and I am delighted that Martyn has agreed to take on the additional responsibility,” said BBC Studios CEO Tom Fussel in a statement. “He has overseen BBC Studios’ operational response to the pandemic, bringing his trademark calm and focus to a challenging set of circumstances for the business and its staff and ensuring that everyone has had the support they need to do their jobs. As the BBC’s commercial arm, we have recently committed to growing our returns to the BBC Group by at least 30% over the next five years, and are also working to secure our contribution beyond that for the longer term. In overseeing our operational strategy, Martyn will underpin our plans for success, by enabling teams to continue to focus on expanding our audiences and revenue.”

In a statement, Freeman added: “This is a significant time for the company and I am excited to take on the expanded role. We are driving through plans to realise new digital revenue streams, we have a new CEO at the helm and we have committed to ambitious goals to increase our returns to the BBC Group for the next five year period. I look forward to playing a key role in our continued success.”

Sky original series, supernatural crime thriller “The Rising,” is the first series produced entirely in-house from Sky Studios, Sky’s production and development arm. It tells the story of Neve Kelly who discovers that she is dead, and is determined to find her killer and get justice, believing that it was someone she knew.

The eight-part drama was commissioned by Zai Bennett, managing director of content at Sky U.K., and Manpreet Dosanjh, commissioning editor for Sky Studios. Serena Thompson serves as executive producer for Sky Studios, and the series will also be executive produced by Julian Stevens (“The Fall”) and Pete McTighe (“A Discovery of Witches”). It is written by Pete McTighe alongside Charlene James (“A Discovery of Witches”), Roanne Bardsley (“Free Rein”), Gemma Hurley (“Host”) and Laura Grace (“Das Boot”) and will be directed by Ed Lilly (“Industry”).

“The Rising” is due to begin filming in the U.K.’s Lake District next month. NBCUniversal Global Distribution is handling international sales.

In the U.K., Ireland, Italy and Germany, the series will launch on Sky One in 2022. In the U.K., Ireland and Italy, it will also be available on streaming service NOW, as well as Sky Ticket devices in Germany, Sky X in Austria and Sky Shows in Switzerland.

Set in a post-pandemic 2024 in the run up to a British general election, the series follows a team of analysts buried in the heart of GCHQ (the U.K.’s version of the NSA) secretly working to ward off a cyber-attack on the country’s electoral system.

Kosminsky will direct all six episodes and has written four. Other writers include “The Salisbury Poisoning” writers Declan Lawn and Adam Patterson, and Amelia Spencer (“Dead Birds”).

Playground will co-produce the series with NBCUniversal International Studios for Channel 4 and Peacock. Kosminsky will executive produce alongside Colin Callender (“All Creatures Great and Small”) and Noëlette Buckley (“King Lear”) for Playground. Robert Jones (“Babylon”) is the producer.

Magnus Temple, CEO and co-founder of ITV Studios company The Garden (Channel 4’s “24 Hours in A&E”), is stepping down after 11 years. Managing director Nicola Hill and chief creative officer John Hay are now joint CEOs. Temple will remain with the company for several months in a consultancy role.

Nicola Brown, who joined as director of programs a year ago, has been promoted to creative director.

The company is currently in edit on a series of “24 Hours in A&E” shot during the pandemic, later this year will deliver new episodes of “24 Hours in Police Custody,” has been commissioned to make a new medical format for Channel 4, shooting this summer. The year will also see the launch of its first U.S. series, a Kansas-based version of “Police Custody” for Discovery and Channel 4.

Elsewhere, BBC Studios Productions has appointed Adeline Ramage Rooney as creative director for factual entertainment and events in Scotland, based at its Glasgow hub, and reporting into Hannah Wyatt, MD of the division.

During a 11-year stint in Los Angeles, Ramage Rooney served as executive producer on “Emergency Call” for ABC and “Hotel Hell,” “MasterChef” and “Kitchen Nightmares” for FOX.

Wright has over 30 years of experience in film and television, including two decades as head of production at Lakeshore Entertainment. Production credits include the “Underworld” and “Crank” franchises.

Disney India has picked up new kids series “Dr Tenali Rama HMKD” from Singapore and India-based animation company Cosmos-Maya and will air it on its pay-TV channels later this year. The 104 11 minute episodes will follow the titular doctor, based on a real life humorous political advisor Tenali Rama from medieval India, chronicling the life and daily antics of Tenali, a 9-year-old child genius who runs his family’s hospital in London.

The series is targeted at kids aged 4-11. Cosmos-Maya aims to launch four to five new IPs in both the TV and OTT space throughout the year. The next seasons of “Bapu,” “Gadget Guru Ganesha” and “Selfie With Bajrangi” are in production. 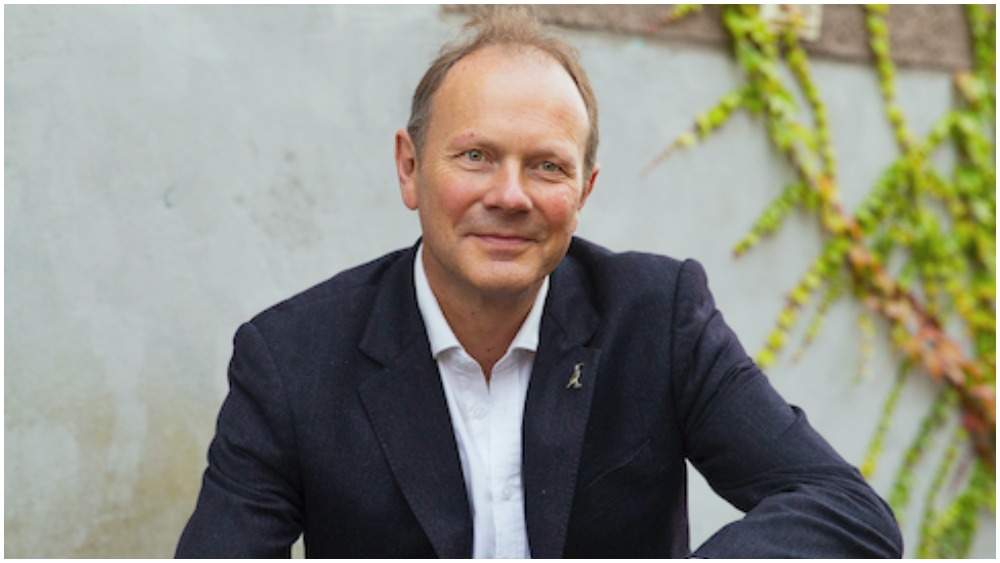 Julian Hector, head of the Natural History Unit at BBC Studios Productions, will step down at the end of the year after five years leading the unit, and almost three decades at the BBC.

Since taking over from Wendy Darke in 2016, Hector has overseen a stellar period in the Bristol, England-based production house’s 64-year history, with shows like “Planet Earth II,” “Blue Planet II,” “Dynasties” and “Seven Worlds, One Planet” proving global successes.

Under his leadership, the Natural History Unit (NHU) also won several new commissions, including the BBC’s “The Green Planet” and “Frozen Planet II,” Apple’s upcoming “The Year the Earth Changed,” National Geographic’s “Ocean Xplorers,” “Endangered” for Discovery, and “The Americas” for NBCU.

In the past four years the unit’s output has received more than 200 awards, including four Emmys and 11 BAFTA TV awards.

Hector began at the unit in 1993, producing series like “Battle of the Sexes” and “Wild Africa.” As editor of Natural History Radio he led the development and production of award-winning programs like “Tweet of the Day,” “World on the Move” and “Saving Species.” He went on to become an executive producer in television, producing hard-hitting “Ivory Wars” and “Tigers About the House.”

In 2019, the Natural History Unit and David Attenborough accepted the Chatham House Prize for the impact of “Blue Planet II” from the U.K.’s Queen Elizabeth II.

Following his departure from the unit, Hector will pursue other interests connected to wildlife and championing the natural world.

Tom McDonald, BBC Studios’ MD of factual, said: “During his tenure, he has put the natural world and the NHU’s people at the center of his thinking so his departure at the end of the year will be bittersweet. He has transformed the NHU, growing the business and transforming its culture. His legacy will be felt for many years to come – in our output, in the opening of NHU L.A. and in innumerable other ways.”

“It’s a wrench to leave the helm of the Natural History Unit after five wonderful years,” Hector added. “I feel honored to have led the world’s best wildlife filmmaking team in creating such hugely influential work. Rest assured I will continue to weave the natural world into all I do and will always champion the public service ideals of the BBC, surely one of the most important cultural and civilizing institutions in the world.”

Hector is staying in his post until the end of year, at the earliest, allowing the BBC plenty of time to find a successor, and to have a smooth handover. He is not going to a competitor, or starting an indie production company, Variety understands.

BBC Studios, the commercial arm of the British Broadcasting Corporation, has promoted Ding Ke to become SVP and GM for Greater China.

Ding, who is currently head of content sales and formats in the same region, replaces Kelvin Yau, who left the company in December. Starting the new Beijing-based role from June 1, she will report to BBC Studios EVP, Jon Penn.

While Ding will be the global distribution leader for the region, she will work with Julia Nocciolino, SVP Commercial, who leads the consumer products business across Asia, and Emma Ong, head of business development for BBC Studios Production, who works with partners in the region to develop commissions and co-productions.

Her appointment completes the business leaders for the BBC Studios APAC region under Penn. The others are: Fiona Lang, GM for ANZ based in Sydney; Ryan Shiotani, SVP & GM for S&SE Asia based in Singapore; Geo Lee, SVP & GM NE Asia based in Seoul.

Phil Hardman, who has been acting GM of Greater China in the intervening months, will take on a broader remit as SVP of commercial strategy for BBC Studios Asia, from 1 June

The BBC’s production and distribution arm has acquired the 51% it did not already own in Lookout Point, the U.K.-based drama producer behind “War and Peace” and “Ripper Street.” BBC Studios will fully own Lookout Point when the deal closes. It will operate as an independent drama studio within the wider BBC Studios business.

The BBC’s commercial arm first struck a distribution deal with Lookout Point eight years ago and then acquired a 35% equity stake in 2014. In 2016 it upped it stake in the business to 49%, with an option to take full control, which it has now exercised. Joint CEOs, Simon Vaughan and Faith Penhale are still running the business.

“Increasing our investment in the company enables us to cement the partnership on a permanent basis and ensures Lookout Point can continue to realise its full potential as a leading British drama player, working independently with the very best talent on and off-screen in the industry,” said Tim Davie, CEO, BBC Studios.

Vaughan said: “BBC Studios’ respect for how we work and our creative ambition coupled with our understanding of how they can help us achieve further growth and success underpins our partnership.”

Lookout Point will continue to operate from its own offices in London after the BBC deal and Penhale said that “maintaining our independent spirit and ability to push the boundaries of our creative intent is paramount to us as a British drama company.”