Everything We Know About ‘The Mandalorian’ Season 2 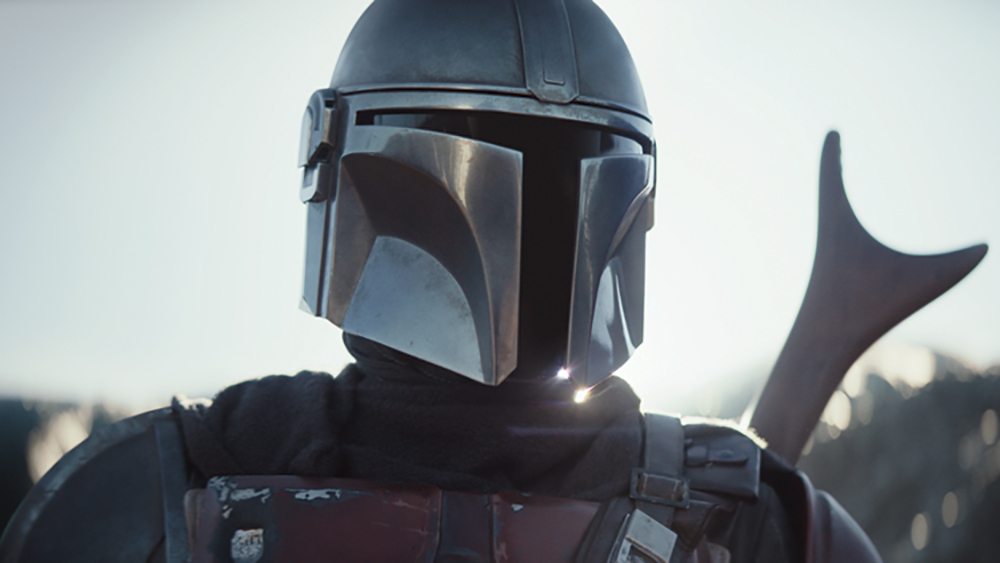 After what feels like many moons rather a single year, Mando and his adorable green companion are coming back to our screens this week, and boy do we need them.

Season 2 of “The Mandalorian” has a lot of hype to live up to after a critically and fan-acclaimed first season packed with the kind of heart-pumping action, humor and lovable characters that represent the “Star Wars” universe at its best.

Jon Favreau and company have their work cut out for them to keep the show in hyperdrive with its second edition, while Disney Plus will be hoping it can keep anchoring the service, with plenty more scripted “Star Wars” fare on the way.

As is always the case with “Star Wars,” there have been plenty of rumors swirling around plot and casting. So here’s everything you need to know about “The Mandalorian” Season 2 ahead of its Oct. 30 debut on Disney Plus.

Mando is taking Baby Yoda home… wherever that is

At the end of Season 1, Mando made it his mission to bring Baby Yoda (or the Child as it’s officially known in the series) home. Exactly where that is remains a total mystery, and in the recent trailer for Season 2, fellow Mandalorian the Armorer made it abundantly clear that our titular hero will have to scour the outer reaches of the galaxy to find Baby’s true family. However, one thing we know for certain is that the Jedi will be involved in some capacity.

“The songs of eons past tell of battles between Mandalore the Great and an order of sorcerers called Jedi,” the Armorer told Mando in the trailer.

Mando seems far from keen to hand Baby Yoda over to former enemies of his people, but the Child has exhibited his considerable force powers several times already, meaning he clearly belongs among the Jedi. Whether or not delivering Baby Yoda to them is a good idea (after all, they have a decidedly ropey history with young force prodigies) remains to be seen.

A couple old friends are back for the ride

Joining Pedro Pascal in Season 2 will once again be Gina Carano as Rebel shock trooper-turned-badass mercenary Cara Dune, and Carl Weathers as Greef Karga, bounty hunter guild leader-turned-Mando chum. The trailer shows them both striding towards Mando, smiling like old times. Although Mando prefers to ride solo, there’s no doubt that Cara and Greef will save him from a few more scrapes this season.

Some familiar, and some less familiar, “Star Wars” faces are on board

Like the first season, this upcoming batch of episodes will be jam-packed with guest stars and surprise appearances. Among them are some exciting and familiar faces from the “Star Wars” universe. Rosario Dawson is set to play fan-favorite “Clone Wars” character Ahsoka Tano in Season 2. Tano is Anakin Skywalker’s apprentice, and could well be one of the Jedi that Mando runs into on his Baby Yoda quest.

In a blast from the more distant past, New Zealand actor Temuera Morrison will appear in Season 2 as Boba Fett, having played his father and clone Jango in the prequel movies. This represents a shocking resurrection for the character who was last seen falling to his supposed death in the Sarlacc Pit of Tatooine in “Return of the Jedi.” Rumors of Boba’s revival had been swirling since a Season 1 episode featured a mysterious off-screen character who made similar noises to the bleeps from his suit.

Another “Clone Wars” character in Bo-Katan Kryze is supposedly appearing this season, with Katee Sackhoff reprising the role she already voiced for the animated series.

It’s worth bearing in mind that Disney has not officially confirmed any of the aforementioned castings. This is their way, as Mando would probably say.

Giancarlo Esposito’s Moff Gideon was introduced as the series’ big bad very late in the previous season. Nevertheless, it only took him a couple episodes to establish himself as a worthy adversary for Mando, and Esposito assures that his mysterious past will be fleshed out more in Season 2. Plus, the actor told Variety that we can expect more darksaber-wielding in the coming episodes.

“I’ve gone through two, three? Three and a half, I think I’ve broken already,” he said during an interview.

Will there be a third season?

With the COVID-19 pandemic halting production in its tracks for several months, Favreau suddenly had plenty of time on his hands to get a head start on “The Mandalorian” Season 3, as sources exclusively told Variety back in April. Although there hasn’t been a green Baby Yoda thumbs up from Disney yet, a third season seems almost inevitable given the show’s groundbreaking financial and awards success. There is still plenty of potential storyline to fill in between the fall of the Empire and the rise of the First Order, so expect future seasons to tie in more cohesively with the tightly-woven “Star Wars” thread.

Baby Yoda: ‘The Mandalorian’ Star Isn’t Real, but Why Shouldn’t It Compete for Awards?

Baby Yoda won the hearts and minds of “Star Wars” fans this year. But can it also win awards season?

The short answer, of course, is no. Baby Yoda — technically called “The Child” on the new Disney Plus series “The Mandalorian” — is not real, and not eligible for its own Golden Globes, Screen Actors Guild or Emmy Award. Spokespersons for both the Globes and SAG Awards confirm that there’s no room for CGI/animated characters.

But why not? Baby Yoda is not the first puppet, animated star or computer-generated character to make a splash in pop culture — and it could be argued that there should be a way to select and award such pivotal parts of popular entertainment.

Kermit the Frog and Miss Piggy would be into it. The characters (via their human counterparts, of course) blasted the Academy Awards during a 2012 junket for their film “The Muppets” as being “species-ist.” “For some reason the Academy does not recognize other species than humans as actors, as artists, as talent,” Miss Piggy said at a U.K. press conference at the time.

However, Kermit does have a star on the Hollywood Walk of Fame, which has also honored Big Bird, Snow White, Bugs Bunny, Mickey Mouse, Woody Woodpecker and the Simpsons, among others.

Shouldn’t ALF have been given his due at the Emmys? What about the dancing baby on “Ally McBeal”? Or, more realistically, perhaps Andy Serkis should have been considered for an Oscar in providing the performance-capture for Gollum in “The Lord of the Rings” trilogy.

In 2003, the Broadcast Film Critics Association took a step in that direction, creating the category “best digital acting performance” for its Critics Choice Awards. Gollum won the inaugural award, for his part in “Lord of the Rings: The Two Towers.” Serkis accepted the award, along with New Zealand’s Weta Digital team, which animated the character. Among nominees, Gollum beat out Yoda for “Star Wars Episode II: Attack of the Clones” and Dobby from “Harry Potter and the Chamber of Secrets.” But the category was a bit controversial, and didn’t return the following year — or in any future Critics Choice Awards after that.

The MTV Movie Awards also went tongue-in-cheek with its Lifetime Achievement award for a period of time, handing out the prize to characters such as Chewbacca, John Shaft, Godzilla and Jason Voorhees — but that was in the telecast’s early, 1990s life.

There is precedence even at the Oscars of fictional characters landing nominations. In 2003, Donald Kaufman, a character in Spike Jones’ “Adaptation,” was nominated for best adapted screenplay at the Academy Awards, along with his (real) “brother” Charlie Kaufman.

The Emmys and SAG Awards do honor voice actors, but as digital technology continues to perfect computer generated performances, the idea of honoring characters no longer seems that far-fetched. Posthumous performances like Peter Cushing in “Rogue One” or the announced plan by filmmakers to add a computer version of James Dean in their independent film “Finding Jack” may also open the door to an entirely new category of performer.

As for “The Mandalorian,” the new Disney Plus series is indeed eligible to be nominated at the Golden Globes and the SAG Awards. The SAG categories include ensemble cast in a drama — and the show’s cast could always bring Baby Yoda to the ceremony, should they be nominated.

But “The Mandalorian” faces another obstacle to any major acting nominations: Star Pedro Pascal, who plays the titular bounty hunter, is never seen without his mask on. And the rest of the show’s co-stars are so far only recurring, including Carl Weathers, Werner Herzog, Gina Carano and Giancarlo Esposito. Still others, such as Nick Nolte and Taika Waititi, have only been voices.

For now, just as fans will have to be patient for “Baby Yoda” merchandise, the character itself will need to wait for awards glory.