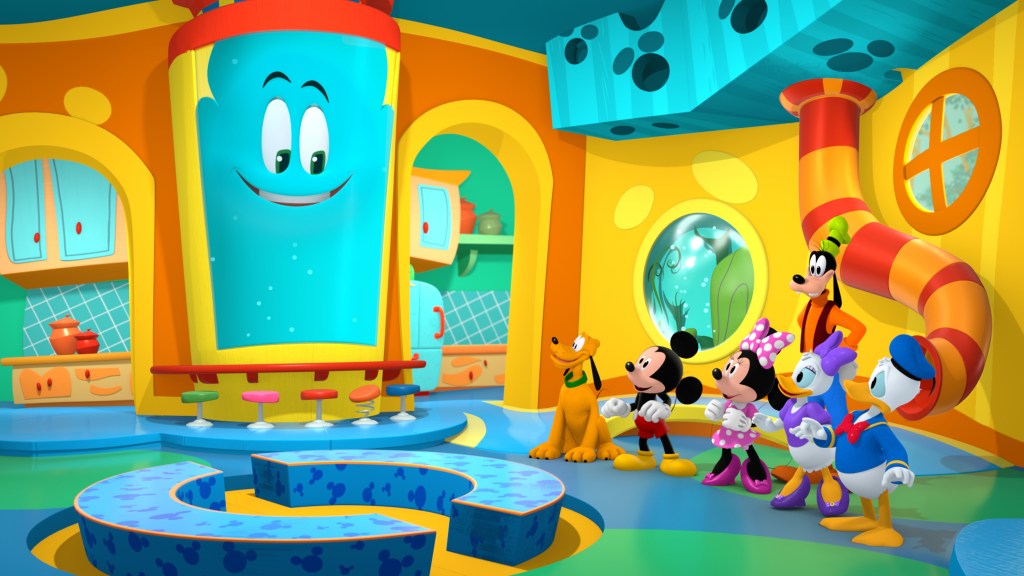 John Stamos has been cast as the voice of Iron Man in Disney Junior’s “Marvel’s Spidey and his Amazing Friends,” while the preschool network has also added Lou Diamond Phillips and Yvette Nicole Brown to the vocal cast of “Firebuds” and Justina Machado, Bobby Moynihan, Eric Bauza and Kari Wahlgren have joined “Pupstruction.”

The announcements were made Friday by Disney Branded Television president Ayo Davis, who revealed a slate of content for Disney Junior over the next two years, including new and original series, shorts, returning franchises and casting news. The announcement was made during the Disney Junior Fun Fest event Friday at Disney California Adventure.

“Disney Junior is already home to some of the most beloved preschool programming, and today, we have unveiled the next slate of content that is sure to entertain preschool kids for years to come,” Davis said. “As with Disney Junior’s current slate, each of these projects is unique, inspiring and encompasses all of the brand values that have come to represent Disney Junior over the last decade — storytelling with heart that resonates with both kids and parents.”

New original series that will join the Disney Junior slate include “Hey A.J.,” a high-energy comedy inspired by Martellus Bennett’s family; musical series “Kindergarten: The Musical” that features music co-written by Charlton Pettus; “RoboGobo,” about a team of robotic rescue pets; and “SuperKitties,” a series about a pack of four superhero kittens.

Additionally, Disney announced the series renewal of “Alice’s Funhouse Bakery,” and the premiere dates of a number of shows and specials. Upcoming series “Eureka!” will premiere on June 22, while Season 2 of “Marvel’s Spidey and His Amazing Friends” and the “Mickey Mouse Funhouse: Pirate Adventure” special will both air this August.

Produced by Surfing Giant Studios in association with Disney Junior, based on the books by Super Bowl Champion Martellus Bennett with executive producers Martellus Bennett, Jeff “Swampy” Marsh and Michael Hodges, “Hey A.J.” is inspired by Bennett’s family. A.J. is a seven-year-old girl with a big imagination, who makes every situation more fun with her curiosity.

Produced by Oddbot Entertainment in association with Disney Junior, with creators Michelle Lewis and Charlton Pettus, executive producers Tom Warburton, Lewis, Kay Hanley, Pettus and Dan Petty and co-executive producer and story editor Laurie Israel, “Kindergarten: The Musical” is an animated series about the firsts of attending kindergarten. The series follows 5-year-old Birdy who expresses her imagination, fears and joy through song.

Produced by Brown Bag Films in association with Disney Junior with creator-director Chris Gilligan and developed for television by co-EP and story editor Matt Hoverman, “RoboGobo” follows five adorable homeless pets who are adopted by kid inventor Jax and given robo-suits to help them save other pets in trouble.

Produced by Silvergate Media in association with Disney Junior with creator and EP Paula Rosenthal and co-EP Kirk Van Wormer, “SuperKitties” is an action-packed series about “four fierce and furry superhero kittens — Ginny, Sparks, Buddy and Bitsy — who are on a mission to make Kittydale a more caring and ‘pawesome’ place. The voice cast includes Emma Berman (“Luca”) as Ginny, Cruz Flateau (“CoComelon”) as Sparks, JeCobi Swain (“Home Economics”) as Buddy and Pyper Braun (“Country Comfort”) as Bitsy.

“‘Me & Mickey’ is a series of vlog-style shorts that star Mickey Mouse, as he invites kids to hear about everyday topics and play fun games and challenges.

Produced by Disney Television Animation with EP Chelsea Beyl and co-EP and art director Frank Montagna alongside producer Ciara Anderson, “Alice’s Wonderland Bakery” is “a fantastical animated series for preschoolers and their families inspired by the beloved world of ‘Alice in Wonderland.’ The series centers on Alice, the great-granddaughter of the original heroine and a budding young baker at the enchanted Wonderland Bakery, where her magical treats help bring a new generation of friends and families together.” The voice cast includes Craig Ferguson as Doorknob, Eden Espinosa as The Queen of Hearts, Grammy winner Jon Secada as The King of Hearts, Vanessa Bayer and Bobby Moynihan as twins Tweedle Do and Tweedle Don’t, Donald Faison as Harry the March Hare, Yvette Nicole Brown as Mama Rabbit and Libby Rue as the voice of Alice.

“Marvel’s Spidey and His Amazing Friends”

“Eureka!” “tells the story of a young girl inventor who is way ahead of her time. Utilizing creative out-of-the-box thinking, she designs inventions and contraptions in the hopes of making the world a better place and moving her prehistoric community into a more modern era. With the help of her supportive parents, teacher, best friends — Pepper and Barry — and beloved pet mammoth Murphy, Eureka is learning to embrace that she is not ordinary … she’s extraordinary.” The series stars Ruth Righi and premieres June 22. It is produced by Brown Bag Films in association with Disney Junior, with creators and EPs Norton Virgien and Niamh Sharkey, co-EP and story editor Erica Rothschild and consulting producers Donna Brown Guillaume and Rusty Cundieff.

“Firebuds” is a “music-filled series following a team of young kids who are the children of first responders, and their talking vehicle sidekicks, as they embark on adventures together and learn what it truly means to be a hero.” The series premieres fall 2022 and is produced by Disney Television Animation with creator and EP Craig Gerber and producer Craig Simpson. Lou Diamond Phillips and Yvette Nicole Brown will join the cast as co-fire chiefs Bill and Faye.

“Pupstruction” follows “the adventures of the world’s first all-dog construction company, Pupstruction. It centers on Phinny, an innovative young corgi who might be the smallest pup on the crew but proves that you don’t need big paws to have big dreams or big ideas.” The series’ voice cast includes Yonas Kibreab (“Into the Dark”) as Phinny, Carson Minniear (“Big City Greens”) as Tank, Scarlett Kate Ferguson (“I’m Dying Up Here”) as Roxy and Mica Zeltzer as Luna, as well as Justina Machado (“One Day at a Time”) as Maya, Bobby Moynihan (“Alice’s Wonderland Bakery”) as Bobby Boots, Kari Wahlgren (“The Ghost and Molly McGee”) as Scratch, Eric Bauza (“Muppet Babies”) as characters Harry, Sniff and Lloyd and Alessandra Perez (“T.O.T.S.”) as Bailey. The series is produced by Titmouse in association with Disney Junior, with creator Travis Braun, who is EP alongside Vic Cook, with co-producer and story editor Robyn Brown.