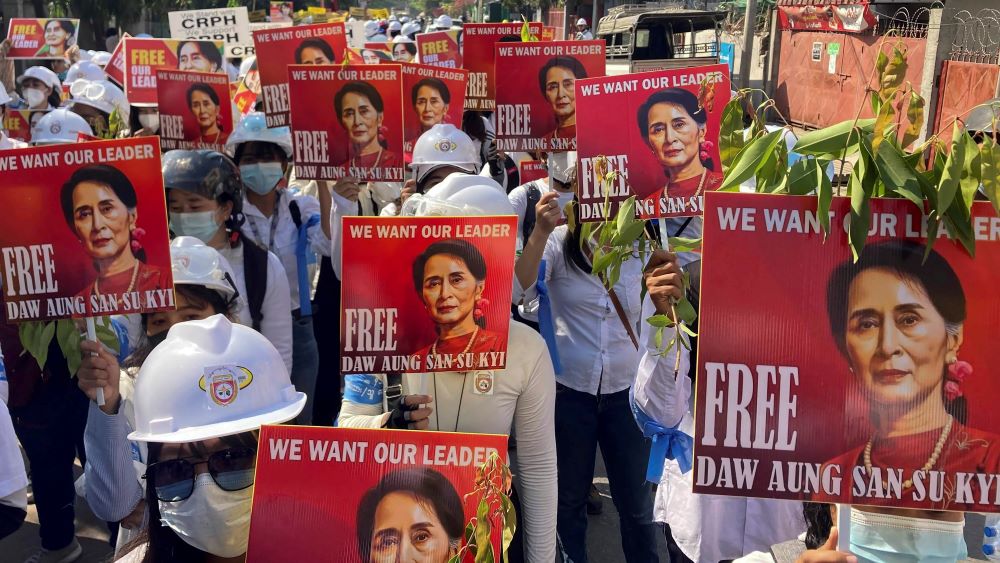 Aung San Suu Kyi, Myanmar’s civilian leader has been sentenced to four years in jail for inciting dissent against the military and for breaching anti-COVID rules.

Suu Kyi, who headed the civilian government during the country’s brief democratic interlude, was deposed on Feb. 1, 2021, by a coup that was organized by the military with which she was ostensibly sharing power.

Before that, she had been held as a political prisoner for 15 years, earned the Nobel Peace Prize (in 1991), and been celebrated in Luc Besson’s 2011 biopic “The Lady.” Michelle Yeoh starred as Suu Kyi.

The sentence, announced on Monday, saw Suu Kyi sentenced for two years under section 505(b) of the criminal code and two additional years of imprisonment under the natural disaster law,” junta spokesman Zaw Min Tun said. The trial was held behind closed doors and her lawyers were not allowed to speak to media.

Suu Kyi, who is 76, faces other charges including illegally importing walkie talkies, corruption, violating the official secrets act and of inciting public unrest. She denied all 11 charges and has been held under house arrest.

“The harsh sentences handed down to Aung San Suu Kyi on these bogus charges are the latest example of the military’s determination to eliminate all opposition and suffocate freedoms in Myanmar,” said Amnesty International deputy regional director for campaigns Ming Yu Hah in a statement.

The military regime has operated with stunning brutality in its bid to regain and maintain control. It has boasted of operating a shoot to kill policy and is believed to have killed at least 1.300 civilians who had dared to oppose the takeover.

In November, the United Nations called on the regime to cease the use of excessive force. But, in recent days, new reports have emerged of the military using an armored car to ram, run over and crush protesters who had been herded into a kill zone.

The military has also moved against the media, jailing celebrities, journalists and filmmakers. It has taken charge of broadcast networks and frequently cut the internet.