Donald Glover Explains His Approach to ‘Atlanta’ Season 3: ‘We Wanted to Make a Black Fairytale’ 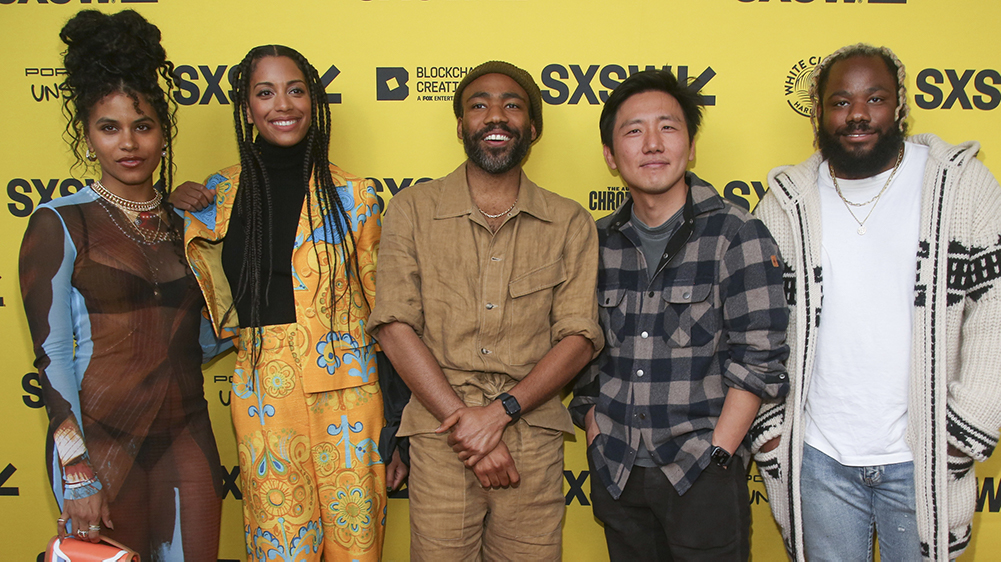 It’s been almost four years since the last episode of the Donald Glover-created FX comedy “Atlanta” aired in 2018. But Glover, one of pop culture’s most mythic figures, finally re-emerged on Saturday to premiere the first two episodes of Season 3 on the closing night of the South by Southwest festival in Austin, Texas.

Season 3 was shot in tandem with Season 4, which FX announced would be the final installations of the show. Glover, who also stars as Earnest “Earn” Marks, didn’t mince words about the decision to wrap things up.

“All good things end. It felt like it was time to end,” he said on the SXSW red carpet. “I don’t like it when people [are] 40 pretending like they’re 15 and shit. It’s annoying.”

“I had no say in the matter,” joked Zazie Beetz, who plays Vanessa “Van” Keefer, Earn’s on-and-off love interest and the mother of his daughter. When asked what fans should look forward to in Season 3, Glover said that Van’s character development was the major focus.

“It’s a very honest season,” Beetz elaborated, with a gold “Van” pendant hanging on her neck. “All of the characters are out of their element, which allows things to rise to the surface that you would otherwise be able to, in habits and in comfort, suppress. And here, you can’t, because you have nothing to catch you. It’s a lot of truth and reflections of where we’re all at as ourselves and as people — as me, as Zazie.”

Season 2 left off with Earn, his cousin Alfred aka Paper Boi (Brian Tyree Henry) and Alfred’s right-hand man Darius (LaKeith Stanfield) setting off to Amsterdam for Alfred’s rap tour. The newest season is set almost entirely in Europe — though the cast and crew maintain that they’ve stayed true to their roots.

“Atlanta is everywhere and nowhere,” said Stephen Glover, Donald’s brother who writes and produces on the series.

“It’s our point of view; it’s not really about the place,” Donald added. “Although in Season 4, it makes a very heavy resurgence, as far as the actual place. Atlanta is a state of mind. Europe solidified how we felt [while writing] Season 3. [Director Hiro Murai] calls it our maximum season.”

Maximum indeed — Glover brought up a since-deleted Tweet from 2020 where he said Seasons 3 and 4 of “Atlanta” would be “some of the best television ever made. [‘The Sopranos’ are the] only ones who can touch us.”

“I talk my shit on the internet,” he said on the carpet. “I said ‘Sopranos’ and shit. I’m not backing down from that shit. I’m holding my nuts out on that shit. I just want [audiences] to know this shit is good. It’s high quality shit. I hope you can have cursing [in your story].”

Glover also revealed that Jaden Smith was originally meant to appear in an episode of “Atlanta” that told the story of a character who gets shot in the pilot: “We never did it because Jaden Smith was busy. We were supposed to release it online, just read[ing the script], which we still could do. Stephen wrote it. It’s really good.”

Titled “Three Slaps,” the first episode of Season 3 barely features “Atlanta’s” main characters, instead following a young boy named Loquareeous (Christopher Farrar). Multiple story beats are parodies of real-life viral videos of children dancing in excitement to see “Black Panther” or as punishment for acting up at school, while the episode’s larger plot is a reimagined telling of the death of Devonte Hart.

“I like to describe ‘Atlanta’ as a group thread in real life. We’re just shitting a group text thread,” said writer and producer Stefani Robinson of the more humorous allusions in “Three Slaps.” “We’re just cobbling together internet videos that make us laugh.”

“We just wanted to make a black fairytale,” Glover agreed. “I remember sitting in the writers’ room and being like, ‘What do we write about?’ We just wanted to do short stories. Something I would want to watch.”

FX will debut the third season of “Atlanta” on March 24.

It’s officially going to be a year before FX delivers more episodes of Donald Glover’s “Atlanta.”

During the cabler’s Television Critics Assn. press tour in Pasadena, Calif. on Thursday, John Landgraf, chairman, FX Networks and FX Prods., announced that the next two installments of the Emmy-winning comedy series would not be ready until 2021.

Calling Seasons 3 and 4 “Part 1 and 2” of a new chapter in the series’ life, Landgraf said that the first 10 episodes should return in January 2021, with the next batch, which as of now will consist of eight episodes, following in the fall of that year.

These 18 episodes will be shot in sequence, with some of filming taking place in the titular city, but much of it also “shooting outside the U.S.,” he noted.

Season 2 of “Atlanta” aired on FX between March and May 2018. Part of the reason for the long wait between seasons is simply how busy Glover has become. From his film work in “The Lion King” to his Amazon Prime Video special “Guava Island” and his music career as Childish Gambino, he continues to be in high-demand. That demand includes FX, though: While there was no official Season 5 renewal announced, Landgraf expressed interest in continuing the series.

“As long as Donald wants to make more ‘Atlanta,’ I’m down for that. But it’s his choice,” he said.

Glover created the series and stars alongside Brian Tyree Henry, Zazie Beetz and Lakeith Stanfield. The series is executive produced by Glover and his brother, Stephen Glover, along with Paul Simms, Dianne McGunigle, and Hiro Murai. FX Prods. produces.

Both films were nominated for the film editing Oscar last week. In the ACE drama category, “Bohemian Rhapsody” bested fellow Oscar contender “BlacKkKlansman,” as well as “First Man,” “Roma” and “A Star Is Born.” In the comedy field, “The Favourite” beat out two Oscar nominees — “Green Book” and “Vice” — as well as “Crazy Rich Asians” and “Deadpool 2.”