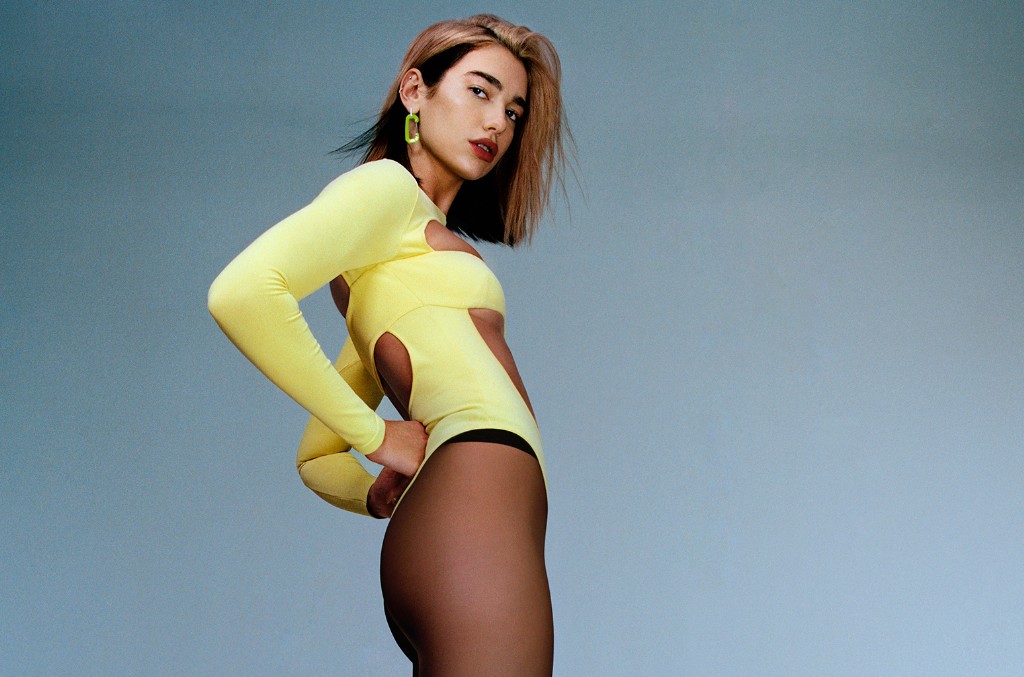 Submit questions about Billboard charts, as well as general music musings, to askbb@billboard.com.

Please include your first and last name, as well as your city, state and country, if outside the U.S.

In honor of Dua Lipa‘s new album Future Nostalgia, can you please update her album sales and most-streamed songs in the U.S.?

As for her top-streaming songs, let’s run down those that have eclipsed 100 million on-demand U.S. streams each:

Lipa’s current radio single, “Break My Heart,” already appears to be a worthy successor to “Don’t Start Now,” after the latter led the Pop Songs chart for six weeks. The former rises from No. 21 to No. 17 as the format’s Greatest Gainer for a second consecutive week.

(Is anyone else onboard with the hooky “Boys Will Be Boys” as a third radio single from Future Nostalgia? Its official lyric video, which highlights its cutting insights, premiered April 9.)

Among others, one particular lyric in The Weeknd’s “Blinding Lights” feels especially poignant right now, at least to me: “… Sin City’s cold and empty, no one’s around …”

Typing this from home, and working from home, but dancing in my living room for breaks.

Hope you and everyone reading are staying as safe as possible. (Me attempting to dance would likely not qualify as a safe activity.)

With the Billboard Boxscore and Dance Club Songs charts on hiatus, understandably, as a result of social distancing, I was wondering: has the compilation, and publication, of other Billboard charts, such as the Billboard Hot 100 or Billboard 200, ever paused, for one reason or another?

The question has been answered regarding the Official UK charts, but I’d like to know the history for Billboard.

Thanks and stay safe!

Thank you, and same to you.

Billboard has ended certain charts before, including, for example, the Modern AC radio airplay tally, which ran from May 17, 1997, to July 16, 2005, as the adult pop format in that era segued to a heavy alternative (aka, modern rock) lean. (The chart’s all-time champ? Matchbox Twenty, which notched five No. 1s, among 10 top 10s, both records that will, barring a revival of the ranking, never be rewritten.)

As for the Hot 100 songs chart and Billboard 200 albums chart, they’ve run each week without fail dating to Aug. 4, 1958, and Aug. 17, 1963, respectively (from the former’s inception and from when the latter segued from ranking mono and stereo titles separately to one combined listing). For many years, those charts, and others, were “frozen” for a week over the Christmas/New Year’s holiday, with data repeated for a frame, as Billboard annually skipped an issue; still, those surveys contributed to titles’ chart histories, with their “last week” and “two weeks ago” positions appearing identical when rankings restarted each January.

Perhaps the most notable prior interruption of a high-profile Billboard chart occurred with Hot R&B/Hip-Hop Songs. From the issues dated Nov. 30, 1963, through Jan. 23, 1965, publication of the chart halted, long attributed to ample crossover of its hits on the Hot 100.

The genre chart, named Hot R&B Singles before its break, returned as Hot Rhythm & Blues Singles in the Jan. 30, 1965, issue, and with a top 10 that looked like this:

Such a grouping would make for an impressive playlist of the some of the greatest R&B songs ever. That week in 1965, they ranked in the top 10 together.

Concurrently, that frame brought the launch of Hot R&B LP’s, led by the Supremes’ Where Did Our Love Go. The chart has likewise published continuously since, through its current iteration as Top R&B/Hip-Hop Albums.

Three-and-a-half decades later, Billboard published its first issue following 9/11. Wrote Fred Bronson in that week’s Chart Beat column, “While chart trivia may seem truly trivial in an unprecedented week of tragedy, there is something to be said for not allowing terrorists to interrupt our daily lives.”

And, here is a reprint of the opening three paragraphs of that issue’s Singles Minded charts column.

“In light of the unspeakable horrors that we all witnessed on TV Sept. 11, and which played out on the streets of the proud city where this magazine is published, it is hard to get worked up about which album or single sold more than another or which songs lead at radio. Thus, we were stunned when, just a couple of hours after the World Trade Center’s towers collapsed, a visitor to Billboard.com sent an email to one of our columnists that read: ‘I heard about the terrorism this morning. Will the charts be updated this Thursday as usual?’ It is difficult to comprehend some people’s priorities.

“Yet, thanks not only to the technologies that drive SoundScan and Broadcast Data Systems [now Nielsen Music/MRC Data], but also to the diligence of the understandably distracted professionals who staff those companies and the Billboard charts department, we were, indeed, able to compile fresh charts.

“Terrorism wins if our lives become completely disrupted, so we press on. But, mindful of the life-changing events that rattled our production week, we will always remember that the charts in this issue’s pages are stained with tears.”