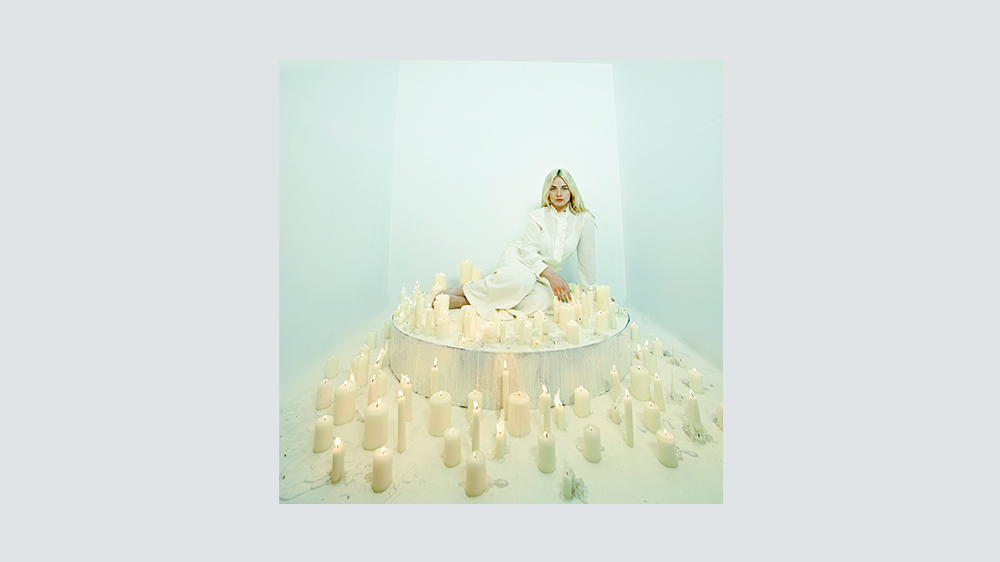 Ashe is a remarkably talented 28-year-old Californian singer-songwriter with melodies that skip from childlike simplicity to sophisticated complexity from one line to the next. The touchpoints in her music range from classic (Carole King, Brian Wilson, Abba) to contemporary (Taylor Swift, Kacey Musgraves), but there’s sometimes a “Maxwell’s Silver Hammer”-like touch of music hall — it’s not hard to imagine some of her melodies sung with a jaunty step. It is a high compliment to say that she could make a fantastic children’s album.

Her songs often start with a naïve, conversational, even corny melody, but then they climb and dip and pirouette as she triples the number of syllables per measure and effortlessly jumps up an octave before bursting into a big, effervescent chorus. The songs might be sad or wistful or angry (we suspect the original lyric in “Me Without You” may not have been “go find yourself”), but there’s a warmth in all of them, even the heartbreaking “Ryne’s Song,” to a brother who passed away last year.

Ashe has been buzzing for a few years, guesting on dance singles before releasing the long string of singles and EPs — including “The Moral of the Story,” a 2019 collaboration with Billie Eilish’s brother/collaborator Finneas — leading up to this, her debut full-length. Executive produced by Leon “Big Taste” Clampitt (Justin Bieber, Lennon Stella, Madison Beer), it’s loaded with A-list hitmakers: two songs with Finneas, as well as contributions from Casey Smith, Noah Conrad, Jason Evigan, Tobias Jesso Jr. and Sean Douglas, who have collectively worked on more than a hundred major-label songs, overlapping on Demi Lovato, the Jonas Brothers, Selena Gomez, Niall Horan and David Guetta.

Despite the top-shelf sophisti-pop assists, “Ashlyn” is clearly her own, more than slightly eccentric, vision: She’s a Berklee School of Music grad (who apparently majored in “Pet Sounds”) and the album is filled with educated musicality. The songs and arrangements shift deceptively smoothly from dense to spare and back, changing the scenery in a way almost like a Wes Anderson film, moving from one vivid backdrop to another. Like Swift, she knows the art of dramatic pause, and how to cap a complicated or intense passage so the listener can catch up — she breaks up the gigantic chorus of “Save Myself” with a simple “ah-hooooo” when you’re expecting a lyric. Even though the songs are mostly about being young and in and (especially) out of love, zingers abound: “I could have saved myself time and lots of money/ I could have saved myself from wasting half my 20s”; “Maybe when I’m six feet / Underneath concrete / I’ll know what it’s like not to want you”; “Talking with my lawyer, she said ‘Where’d you find this guy?’ / I said, ‘Young people fall in love with the wrong people sometimes.’”

With all its soaring strings, gently plinked pianos and earnestness, “Ashlyn” can be too big and emphatic and confessional, and at 13 tracks, it’s too long (not that that really matters these days). But so what? it’s a whale of a debut album from a giant young talent.