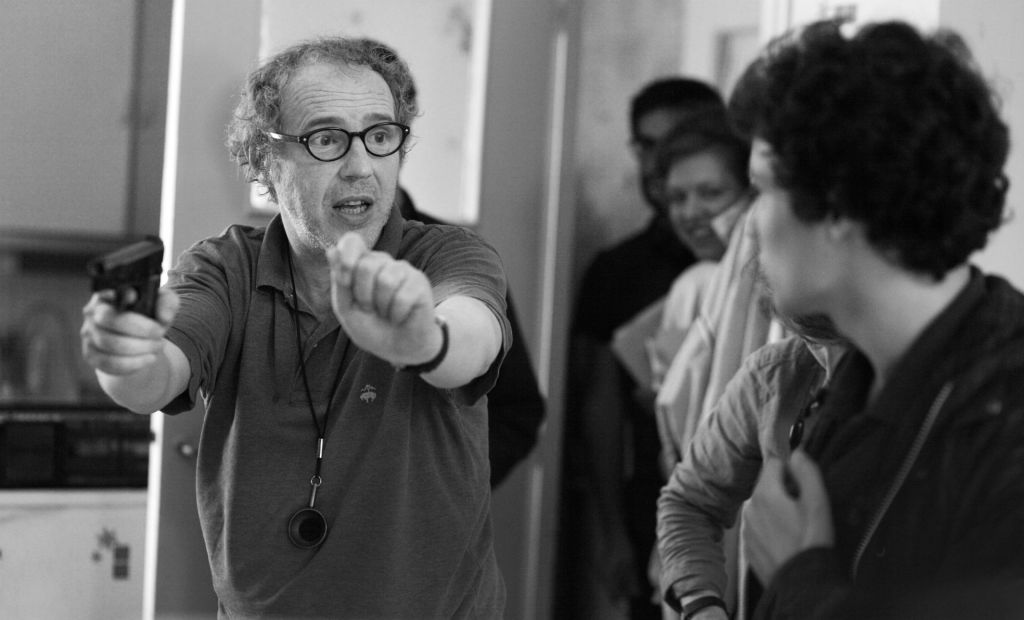 Iranian-born, France-based actor Golshifteh Farahani, who was nominated for a Cesar for “The Patience Stone,” played in Ridley Scott’s “Body of Lies,” and now stars in the Apple TV Plus drama “Invasion,” will feature alongside Marion Cotillard and Melvil Poupaud in the cast of Arnaud Desplechin’s “Brother and Sister,” Desplechin tells Variety.

The French auteur has become a near fixture in Cannes, where 11 of his 12 features have premiered. This year he could very well make a repeat visit, as the filmmaker confirms his new film will be ready for May.

Produced by Why Not Productions and sold by Wild Bunch, “Brother and Sister” will follow a pair of siblings, played by Cotillard and Poupaud, who are forced to reunite following two decades of shared silence after the death of their parents. Farahani will play Poupaud’s spouse.

The filmmaker describes his newest effort as a kind of companion piece to his 2004 film “Kings and Queen,” which struck a novelistic tone at it told a pair of parallel and eventually intersecting stories via two wholly different registers “On one side, you had one character living a melodrama, and the other in a slapstick, burlesque comedy,” says Desplechin.

Having shot the project in his native Roubaix late last year, and currently ensconced in the edit suite, the filmmaker reflects upon the project without much distance. “It was an emotionally walloping shoot, because the tones the actors struck went far beyond anything I could have ever expected,” he says. “I had no idea they would offer so much, and was overwhelmed by the intensity of their performances.”

Mind you, the filmmaker grants that a more immediate set of concerns press him today. “Right now I’m deep in editing, which puts me into a very depressive state,” he adds. “I only started editing 10 days ago, and I already feel like a dead man. It’s like something George Lucas once said to Steven Spielberg: ‘Any director who doesn’t puke after the screening their first edit has a serious problem.’ So I’m living that moment right now.”

When he does emerge, Desplechin will catch a plane to Senegal where he plans to round-out production with an as-of-yet unshot epilogue. Although he will first have to figure out what that might entail. “I still have to dream up the epilogue,” he says. “In a way it’s a good thing we didn’t do it before, because now I can look at the images that were shot and figure out what the film itself calls for and what it requires.”

But of all the concerns pressing on the filmmaker’s mind at the moment, this looming cap to productions seems to present little concern. “We’ll only shoot for a day,” says Desplechin. “I did the same thing on ‘My Golden Days’ when shooting in Tajikistan. It was totally absurd, and the producer wanted to kill me. He asked, ‘Where will you shoot the Tajikistan sequence?’ And I replied ‘Tajikistan itself, where else?’”

He continues: “So I sent two friends a few days ahead of time. I arrived the night before and we improvised everything on the spot over the course of a day and half. And it worked out great!” 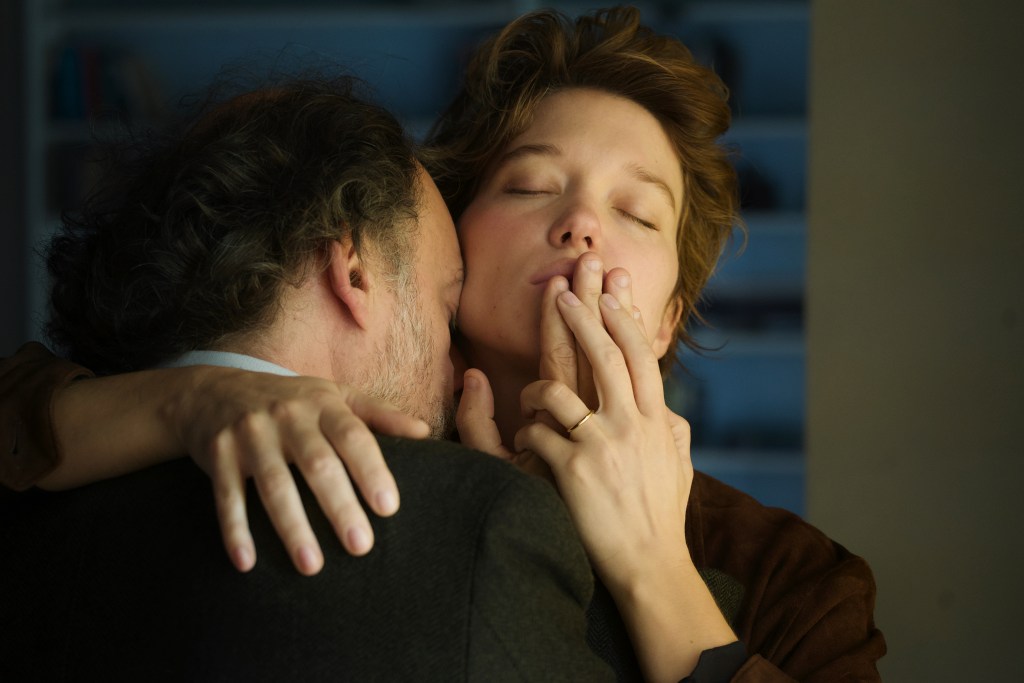 You have to feel for Léa Seydoux, the star who was slated to be the all-but-official face of this year’s Cannes Film Festival, with four vehicles in the official selection. COVID intervened, preventing her representing any of them in person (as it turned out, none was the greatest of showcases for Seydoux’s talents anyway). But the one she’s best in was also the lowest-profile.

Placed out of competition in the new Premieres sidebar, Arnaud Desplechin’s “Deception” is a strange, stifling but frequently intriguing attempt to find a cinematic match for the literary voice of Philip Roth, from his autofictional 1990 novel of the same name. It often succeeds, which is to say the filmmaking often appropriates the self-aggrandizing indulgences and knowingly oppressive masculinity of a work that isn’t among the author’s finest. But it’s Seydoux’s sly, bright presence, as an obscure object of desire who gradually places the protagonist’s failings in relief, that keeps us involved.

That a highly pedigreed new film by Desplechin — a longtime Cannes favorite who has cracked the competition even with lesser efforts like “Jimmy P” and “Oh Mercy!” — was shuffled away to a secondary strand of the program is a fair reflection of where “Deception” stands in the marketplace. An unabashed curio, with its talky, self-consciously theatrical construction and detached, ambivalent stance on toxic masculinity, it will satisfy the most completist admirers of Desplechin and Roth alike, while less invested art-house audiences may be puzzled by its floaty episodic structure and equally unmoored geography. The disorienting device of retaining the chiefly Anglo-American milieu of the novel, via a cast and storytelling sensibility that ooze Frenchness at every turn, may play better on home turf than abroad.

Certainly, there’s not a hint of New Yorker neurosis to Denis Podalydès, the fine French character actor who once played Nicolas Sarkozy in “The Conquest,” here cast as Roth’s not-so-alter ego Philip: a self-absorbed, philandering American writer based in London, around whose variously dysfunctional relationships with women the film languidly revolves. Nor does Seydoux exactly exude cut-glass Englishness as the one of those women he can’t quite shake, even as he repeatedly lets her go: a nameless British actor herself restlessly stranded in a loveless marriage. She does, however, give a flinty, combative point of view to a character conceived in thin, literally anonymous terms. Viewers can debate for themselves whether that’s the film’s own weakness or a critical evocation of how its misogynistic protagonist views all women.

The pair’s repeated interactions are largely confined to Philip’s London apartment, as they alternately argue and make love, each activity fueling the other. True to the novel, the complexes and insecurities of Philip’s Jewish identity are frequently at the heart of the conversation. Desplechin, himself Catholic, has often engaged with the subject in his own work. Yet this is a key area where the peculiar placelessness of the director’s approach backfires. There’s no palpable sense of cultural divide between Podalydès and Seydoux’s characters, who appear to coolly converse on much the same terms throughout, and their debates — often chewy and substantial on paper — thus take on a suspended, theoretical quality on screen. The purported prevalence of anti-Semitism in Britain is one of Philip’s pet topics, and a rich one, given its recent, headline-making impact on the Labour Party — though “Deception” doesn’t probe this context either.

Desplechin shifts the timeframe to the present. One of the film’s liveliest vignettes plunges Philip into a fantasy battle against an all-female courtroom, as he’s placed on trial for his callous attitudes toward, and abuses of, women. The scene is charged with the post-#MeToo gender politics that have seen Roth’s own work and standing subjected to renewed feminist debate in recent years — which prompts the question of why Desplechin has evaded the more provocative, metatextual possibilities of updating more of the material, or situating it in a specifically French cultural context, with all the particularities of sexual etiquette that might entail.

As it is, the film preserves Roth’s prose in 1980s amber, and often wittily so: Desplechin neatly translates Roth’s most crude, caustic dialogue, though the film’s sharpest lines are often its subtler ones. (“I’ll miss you,” Philip says to Seydoux’s character at the close of one of their various breakups. “I’ll think of you too,” she counters.) The film is handsomely crafted, with cinematographer Yorick Le Saux often playing up the material’s staginess with isolating, warmly shadowed closeups, and thoughtfully acted across the board, particularly by Philip’s variously neglected female victims.

If the film is somewhat lopsidedly fixated on the Podalydès-Seydoux dynamic, Emmanuelle Devos ekes out an affecting cameo as a past lover made forgiving, even amused, by a struggle with cancer. The superb Anouk Grinberg, meanwhile, gets a single, blistering scene as Philip’s wife (also, tellingly, not given a name), calling him out on his betrayals in a hot torrent of fury as he cowers behind the excuse of fictional invention. How much of “Deception” is playing out in the writer’s head, and is it any less damning of him either way? Even the film’s ambiguities invite certain clear conclusions.