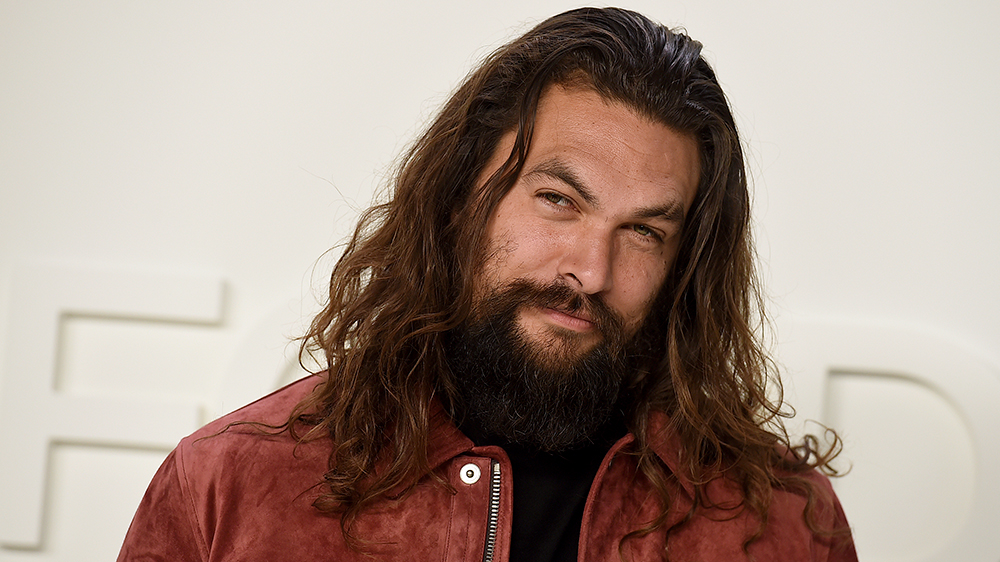 Sheehan, who has a rare form of brain cancer, went viral earlier in the week for his reaction to receiving an “Aquaman” figurine as a gift. “Oh my gosh, my favorite one,” the boy yells in the video. “Aquaman!”

After seeing the video, “Aquaman” actor Momoa facetimed Sheehan and posted their conversation on Instagram.

“So I just wanted to say thank you to the community, friends and family on Instagram for reaching out and showing me this beautiful boy Danny who is going through chemo and has cancer,” Momoa wrote in the video’s caption. “I saw his video online that made me want to get in touch and FaceTime him and spend some time talking to him.”

During the call, Momoa and Sheehan talked about their love of dolphins, and Sheehan showed Momoa his prized “Aquaman” action figure.

“You are so beautiful. I’m excited. I’ve been hearing about you from all over from all my friends and I wanted to call you and say hi and see how you’re doing,” Momoa said.

“Can I tell you something very important?” Sheehan replied. “I love dolphins.”

“You love dolphins? Have you ever rode on a dolphin?” Momoa asked.

“No I never have and I’ve never seen one before,” said Sheehan.

“You’ve never seen one before either? Well, we’ve gotta make that happen. That would be fun,” Momoa suggested.

Sheehan then asked Momoa: “Can I show you something?” and held up his “Aquaman” figurine.

In the video’s caption, Momoa hinted that his next mission is to get Sheehan a trident of his own. “Hey @wbpictures let’s get Danny a Aquaman Trident,” Momoa wrote.

Watch the full video below.

“Aquaman” is set to prolong its reign over the China box office with an extra month in theaters. It has been granted an extension to its release and will be allowed to play through to Feb. 6, 2019, the second day of the Chinese New Year holiday.

Foreign revenue sharing films in China are typically given a 30-day release window by the industry regulators. Only some receive an extra 30-day extension and usually only when the film is performing strongly. Earlier this month, Sony’s “Venom” was also given such a green light. It had smashed records to boast the second-largest opening weekend for a superhero film ever in China.

The James Wan-directed “Aquaman” opened in China on December 7, two weeks before it hit U.S. theaters. As of Wednesday, it has raked in a whopping $246 million in the country — more than 40% of its global total to date. Although it was overtaken by “Spider-Man: Into The Spider-Verse” at the weekend, “Aquaman” has since bounced back to the top of the chart and 20 days into its China run, it is still bringing in more than $2.5 million a day.

Despite a lukewarm reception by critics stateside, the film remains highly ranked on Chinese online platforms Maoyan and Douban. There users have rated it an astonishing 9.4 and 7.9 out of 10, respectively, many raving about the production values.

“Aquaman” scored strongly with its early December release date. It hit theaters at a time of low competition before the end-of-year, which unusually contains a large number of foreign titles — including “Ralph Breaks the Internet,” “The Grinch”, and Friday opener “Spider-Verse.”

It still remains to be seen, however, whether “Aquaman” will be able to swim past “Venom,” which has brought in more than $271 million in China so far. The China score for “Venom” is a significant margin ahead of it North American performance of $213 million.

Upcoming competition will include Paramount’s “Transformers” spin-off “Bumblebee,” set to buzz into mainland complexes on January 4. Director Michael Bay’s last two “Transformers” films both performed better in China than in North America, with 2017’s “The Last Knight” bringing in $229 million in the territory.

Other potential contenders include the latest Chinese tomb-raiding adventure “Mojin: The Warm Valley” and art-house title “Long Day’s Journey Into Night,” which has already taken an astonishing $15 million in pre-sales ahead of its Dec. 31 outing. Directed by Bi Gan, “Journey” had its world premiere in the Un Certain Regard section at Cannes in May this year.

Warner Bros.’ tentpole “Aquaman” has taken in $152 million overseas in 36 markets, with $135 million of that from China, where it opened on Dec. 7.

The Jason Momoa vehicle has become the highest China grosser in the DC Universe and surpassed the lifetime grosses of “Spider-Man: Homecoming” and “Black Panther” in the Middle Kingdom. Mexico debuted with $1.4 million on Thursday on 3,517 screens while Russia and Brazil each took in $1.3 million.

Indonesia has taken in $2.2 million in two days and the U.K. generated $1.8 million in two days of previews. Taiwan’s two-day total is $1.4 million and the Philippines generated $1.1 million. In the U.S., Amazon Prime is holding advance screenings of “Aquaman” on Dec. 15 amid expectations of a $65 million opening weekend in North America on Dec. 21-23.

The film will be directed by Cathy Yan and begins filming in January. The studio has dated the project, a spinoff from 2016’s “Suicide Squad,” for Feb. 7, 2020.

Sue Kroll, Robbie, and Bryan Unkeless are producing. Robbie announced last month that the title will be “Birds of Prey: (And The Fantabulous Emancipation of One Harley Quinn).” Masini’s credits include “Blue Bloods” and “NCIS.”

The film focuses on the Q’uero tribe of the High Andes and the sacred rituals and ceremonies of the indigenous shamans. The Q’uero are potato farmers, weavers, and alpaca herders living in stone houses without electricity, running water, and plumbing.

“The shamanic descendants of Machu Picchu are alive today and have something powerful to share in modern media,” said White. “We are grateful to the team at Freestyle Digital Media for making it possible to share this powerful message.”

Thee US-Ireland Alliance will honor Aidan Gillen at the 14th Annual Oscar Wilde Awards, which will be held at J.J. Abrams’ Bad Robot in Santa Monica, Calif., on Feb. 21.

Gillen’s credits include “Game of Thrones and “The Wire.” He is currently in production the BBC/Netflix series “Peaky Blinders” and is about to star in the Robert Zemeckis-produced History series “Project Blue Book.” On the big screen, Gillen recently appeared in A24’s “The Lovers” and “Maze Runner: Death Cure” and currently appears in Fox’s “Bohemian Rhapsody.”

Trina Vargo, founder of the US-Ireland Alliance, said: “Aidan’s body of work is rich with a range of diverse and memorable roles that span television, theater and film.  While his career his taken him to London, Los Angeles and beyond, he has remained loyal to working Ireland as well.”

The decision to release “Aquaman” in China two weeks prior to its North American outing paid off handsomely. The DC Comics adaptation achieved a massive $94.1 million opening in three days, according to data from Asian entertainment consultancy Artisan Gateway.

The early release meant that the film played against weak opposition – tired Hollywood and Chinese holdovers and a small Chinese picture. That allowed it to achieve an 85% market share. National box office for the weekend was $108 million.

The opening figures represented the biggest weekend ever for a Warner Bros. title in China – the film was released in China through state-owned China Film Group – beating “Ready Player One” by 66%. It was also by far the best score for a DC Comics title, which are sometimes considered too dark for mainstream audience tastes in China, compared with Disney’s Marvel franchise. It beat “Justice League” by 92% and “Batman Vs Superman” by 78% and overtook the lifetime score of “Wonder Woman” in three days.

“Aquaman” also dominated the large IMAX circuit in China. It played on 559 screens and grossed $9.7 million of its weekend total in IMAX theaters. Director James Wan included some 92 mins of specially-formatted footage produced exclusively for IMAX theatres, and presenting up to 26% more picture on those screens.

Other titles on release fought for screens and eyeballs. In second place, Chinese-made crime thriller “A Cool Fish” earned $6.5 million, lifting its total to $108 million according to Artisan Gateway, after five weekends on release.

China’s “Einstein and Einstein” earned $2.9 million in its three-day opening. That was good enough for third place. “Ralph Breaks the Internet” added $2.4 million in its third week, for a cumulative total of $38.6 million. Previous box office winner, “Venom” earned $1.5 million in fifth place. That extended its huge total in the Middle Kingdom to $269 million.