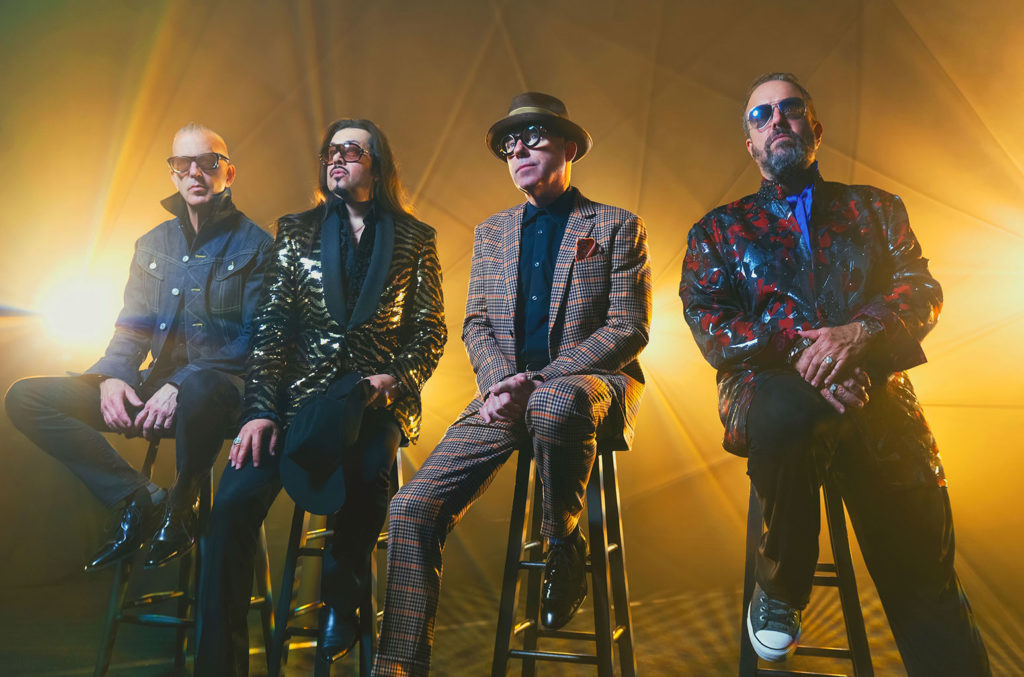 Genre-bending band The Mavericks have signed with APA for global representation in music touring, branding/marketing, and more. The group will be represented by APA’s senior vice president of concerts Akiko Rogers.

Last month, the group released their first-ever Spanish/Latin album, En Español, which debuted at No. 1 on Billboard’s Latin Pop chart.

“We’re thrilled to be represented by Akiko Rogers and her team at APA,” commented lead singer/songwriter Raul Malo in making the announcement. “We feel this is the right opportunity and the right time to have all our business under one roof, and we look forward to a long and successful relationship.”

An eclectic group known for crisscrossing musical boundaries since their founding in Miami in 1989, the band’s music is now reaching an expanded global audience through even wider touring and their new En Espanol album. Produced by Malo and long-time collaborator Niko Bolas (who has worked with Neil Young, Prince, and Sheryl Crow), the lineup includes Paul Deakin on drums, as well as veterans Eddie Perez on lead guitar and Jerry Dale McFadden on keyboards. The band is also joined on both the album and on stage by their renowned Fantastic Five sidemen.

The Grammy, ACM and CMA award-winning band celebrated their 30th Anniversary in 2019 with a World Tour of over 120 shows.

Ron Burkle’s Yucaipa Companies has made an investment in APA as the agency looks to rebound from the pandemic-induced slowdown in the entertainment industry.

The agreement is not believed to be an equity investment but rather a cash influx structured as debt for the talent agency. Industry sources say APA veteran Jim Osborne is poised to take on a larger role as president after helping to arrange the Yucaipa deal. Jim Gosnell will remain the agency’s CEO.

Yucaipa was known to have had discussions with Sam Gores of Paradigm about investing in that agency, which has struggled amid the shutdown of the music touring business this summer. APA has faced similar challenges although it did not go into the coronavirus crisis with the same high level of debt burden as shouldered by Paradigm.

A former assistant at APA filed a lurid sexual harassment complaint on Wednesday alleging that a partner at the firm sent her graphic text messages and threatened to have her fired when she refused his advances.

The assistant, identified in the suit only as Jane Doe, alleges that top management fostered a “toxic, pervasive and sexually abusive environment.” The suit also claims that APA CEO Jim Gosnell routinely flew into violent rages, threw objects including a stapler and a trash can at her, and called her a “bitch” and an “icy cold c—.”

“APA’s culture promoted sexual harassment, discrimination, retaliation and sexual violence against its female employees,” the suit alleges. “The men in power at APA were allowed to prey upon usually much younger female subordinates,” the suit claims.

In a response late Wednesday afternoon, APA said that the plaintiff had previously made the allegations internally. The company says that it took the matter seriously and hired investigators including a retired judge to investigate. The probe concluded that the claims were false and that the employee had fabricated text messages and emails in an effort “to shake the agency down,” the company said.

“APA refused to pay the money and months ago sued the former employee in arbitration for extortion and defamation,” said an APA spokesperson. “We believe she is now retaliating against APA and its agents through this frivolous public complaint in which she hides her identity.”

The suit quotes from text messages allegedly sent by Josh Humiston, a partner and head of the music department, to the plaintiff, propositioning her in graphic terms.

“Your body is so hot I’ve never seen it in a bikini you should come over to my pool,” he allegedly wrote. “If you f— me I’ll convince Jim (Gosnell) to pay you more money.”

When she declined, he allegedly responded: “You’re a f—ing c—… I’m going to get you fired bitch.”

The suit also alleges that Humiston repeatedly said she would have to have sex with him in order to become an agent. She alleges that when she complained to HR, she was told “that’s just the way life is working in talent agencies.”

She told him to stop, reminding him that he is married. “Those are just logistics sexy,” he allegedly wrote back, “let me deal with the wife.”

The text messages are attached as exhibits to the lawsuit. The plaintiffs’ law firm, Geragos & Geragos, did not immediately respond to the company’s claim that they were fabricated.

The suit also alleges that in the fall of 2017, an outside investigator was hired in the wake of the firing of agent Tyler Grasham for alleged sexual misconduct. The suit says that before the plaintiff was interviewed about her own allegations, Gosnell instructed her to have “memory loss.” After she related her allegations against Humiston and Santana, the plaintiff alleges that she was ostracized. Several months later, she says she was fired.

In its statement, APA threatened to take legal action against the plaintiff and her law firm.

“We are confident that this former employee, now on her fourth attorney, will not succeed with her scheme of extortion,” the spokesperson said. “We intend to take all appropriate legal action against her and her counsel.”