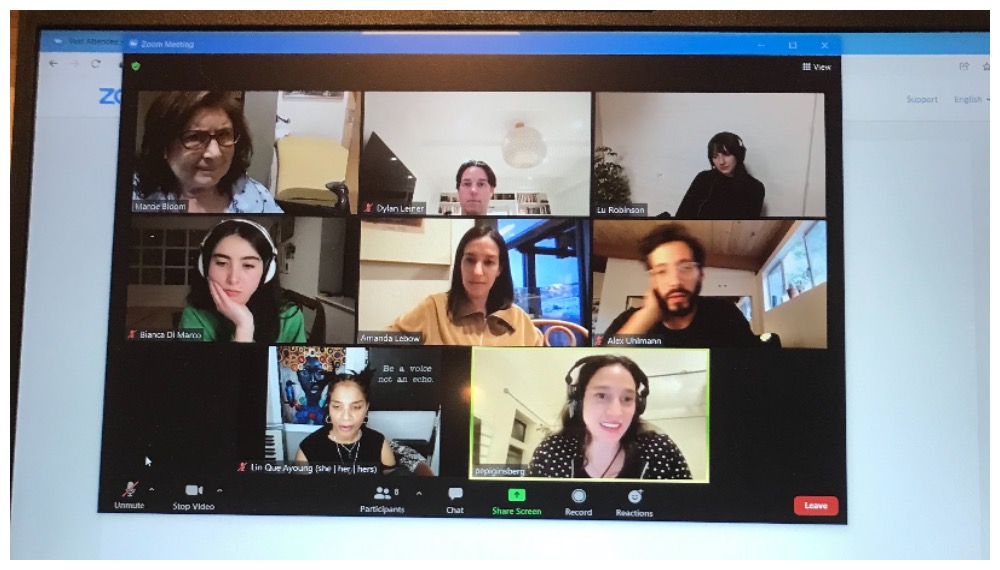 The Gotham Marcie Bloom Fellowship in Film has unveiled the names of the four filmmakers who have been selected to participate in this year’s edition.

Selected fellows for the 13th edition of the program are Lin Que Ayoung, an award-winning writer, director and producer who started her career as a hip-hop performer and lyricist; Pepi Ginsberg, a filmmaker and musician who’s penned, directed and produced several shorts including “Miss America”; Bianca Di Marco, whose latest short “Threads of Desire” was awarded a Graduate King & Wasserman award; and Lucia Robinson, who is working with The Vespucci Group which has Ramin Bahrani’s documentary “2nd Chance” screening at Sundance next week.

Founded in 2009, the Bloom Fellowship aims to provide support and guidance for unique voices in the independent film community. The initiative allows New York-based emerging filmmakers to benefit from a year-long mentorship and have the opportunity to meet and discuss with industry figures, including other directors, as well the Fellowship’s leaders. Last year’s meetings were conducted successfully via Zoom.

“We built the Fellowship around Marcie and from the start we focused on selecting individuals who are curious self-starters, who demonstrate a desire to both build and be part of a circle of like-minded caring creatives and develop the networks that may be the cornerstones of sustainable careers within the film industry,” said co-directors Dylan Leiner, who is also Sony Pictures Classics’s executive VP of acquisitions and production, and Alex Uhlmann.

“When we began, we weren’t sure where this would all lead, but having successfully navigated through an entire year of Covid with last year’s fellows and starting to get to know this year’s, we are clear about a few things – the importance of community and the collective experience, the value of listening to and learning from one another and the power of a good story,” said the pair, adding that that “this year’s fellows continue to exemplify the character, personal integrity and entrepreneurial spirit we always hoped would define a Bloom Fellow.”

Past fellows have included Antoneta Alamat Kusijanovic, winner of last year’s Cannes Camera D’Or with her debut “Murina,” and Silka Luisa, the showrunner and executive producer of the Apple series project “Shining Girls” with Elisabeth Moss set to star in and executive produce along with Leonardo di Caprio.

Other Bloom Fellowship alumni include Raven Jackson, who recently completed production on her feature debut with “All Dirt Roads Taste of Salt,” produced by Barry Jenkins’ Pastel; Sontenish Myers, recent recipient of the Filmmakers First Fund for her upcoming film, “Cross My Heart,” Jason Kim (writer on “Girls,” “Barry,” “Divorce”), Anja Marquardt (“The Girlfriend Experience”), Ellie Foumbi, whose debut “Our Father the Devil” was part of Venice’s Biennale College-Cinema section in 2021; as well as Smriti Mundhra (“Indian Matchmaking”) and Haley Anderson, among many others.