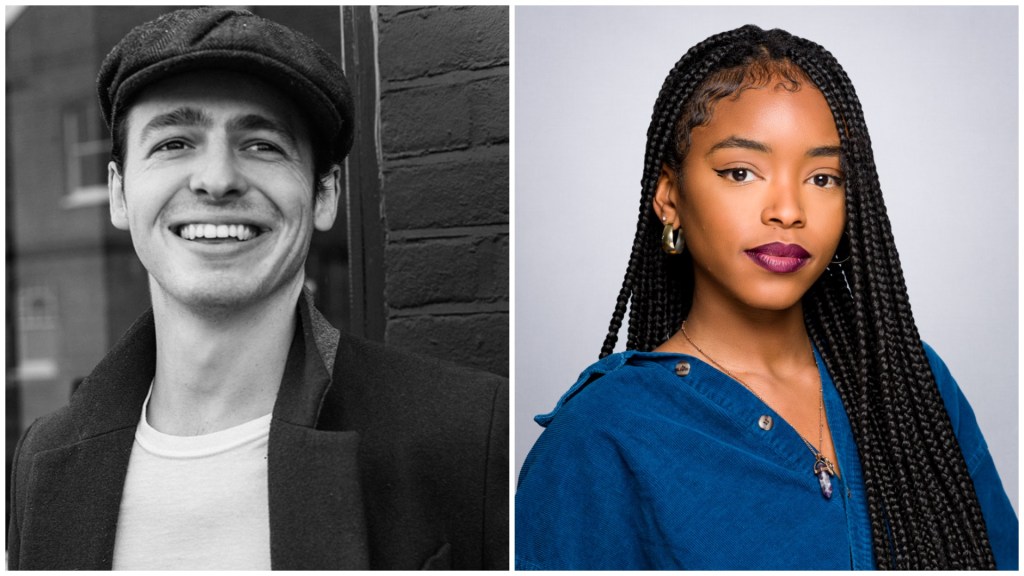 The upcoming Apple limited series “Manhunt” has added Anthony Boyle and Lovie Simone to its cast, Variety has learned.

The pair join previously announced series lead Tobias Menzies. The show is based on the book “Manhunt: The 12-Day Chase for Lincoln’s Killer” by James Swanson. Menzies will star as Edwin Stanton, Abraham Lincoln’s War Secretary and friend, who was driven nearly to madness by the need to catch Lincoln’s assassin, John Wilkes Booth (Boyle), and to carry out Lincoln’s legacy. The series will also feature Black historical figures, including Mary Simms (Simone), a former slave of the doctor who treated Booth’s injury and gave him safe harbor after his crime.

The show marks the second Apple series in which Boyle will star. He is also set to appear in the Apple World War II drama “Masters of the Air.” His recent TV credits include “The Plot Against America” at HBO, “Patrick Melrose” at Showtime and Sky Atlantic, and “Ordeal by Innocence” at the BBC. He has also starred in films like the biopic “Tolkien” and “Danny Boy.”

He is repped by UTA in the U.S., Hamilton Hodell in the UK, and Ziffren Brittenham.

Simone is known for playing Zora in the OWN drama series “Greenleaf.” She also recently starred in the prequel series “Power Book III: Raising Kanan” as Davina. Her feature credits include “Selah and the Spades” and “The Craft: Legacy.”

She is repped by Buchwald, Edge Talent, and Jackoway Austen Tyerman.

Monica Beletsky serve as writer, executive producer, and showrunner on “Manhunt.” The show is the first series order to come out of Beletsky’s overall deal with Apple, with her deal recently being renewed. Layne Eskridge of POV Entertainment also executive produces along with Swanson. Michael Rotenberg and Richard Abate executive produce on behalf of 3 Arts, while Frank Smith and Naia Cucukov executive produce for Walden Media. The series is co-produced by Apple Studios and Lionsgate Television.