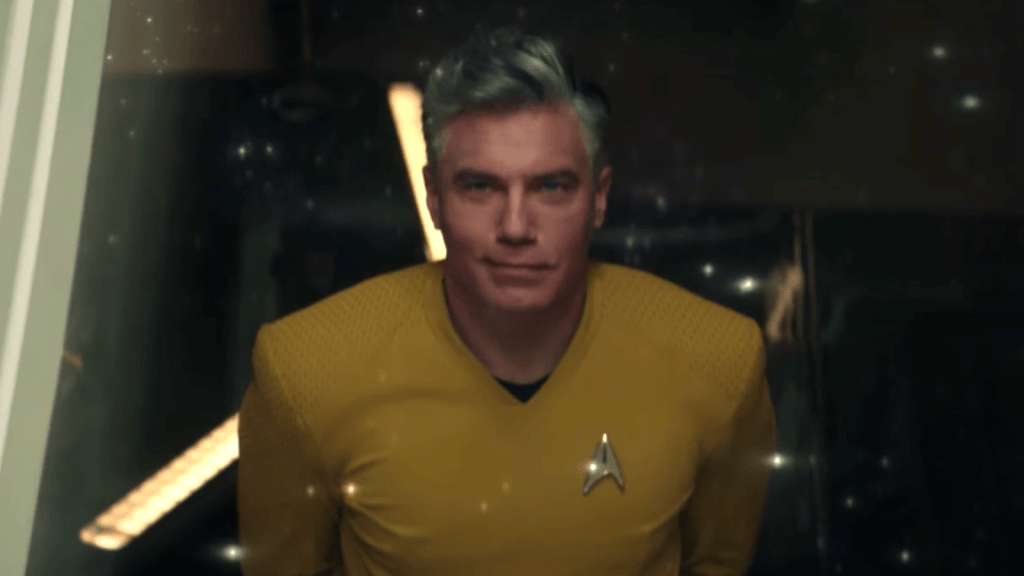 “Star Trek” is returning home to the U.S.S. Enterprise.

In the first trailer for “Star Trek: Strange New Worlds,” the fifth “Trek” series set at Paramount Plus, Capt. Christopher Pike (Anson Mount) is seen living in a remote winter cabin (presumably) on Earth. As fans of Mount’s tenure on Season 2 of “Star Trek: Discovery” know, Pike knows about the horrific future that awaits him, in which he’s injured so terribly that he’s trapped inside an immovable body (as depicted in the original series “Star Trek” two-part episode “The Menagerie”). Something, or someone, lures Pike back into service on the Enterprise, returning him to his crew and to the Federation’s mission of exploring the galaxy.

The rest of the trailer provides several glimpses of the vast locales that await Pike, and audiences, in the show’s first, 10-episode season — which will return “Trek” to its episodic roots rather than tell a single, season-long story. Joining him will be Number One (Rebecca Romijn) and Spock (Ethan Peck), as first seen on “Discovery,” along with legacy “Trek” characters Nurse Christine Chapel (Jess Bush), Cadet Nyota Uhura (Celia Rose Gooding) and Dr. M’Benga (Babs Olusanmokun). Three new characters will round out the cast: Lt. Erica Ortegas (Melissa Navia), La’an Noonien-Singh (Christina Chong) and Hemmer, played by Bruce Horak, the first legally blind actor to play a central character on a “Trek” TV series.

“Star Trek: Strange New Worlds” will debut on May 5 on Paramount Plus in the U.S., Latin America, Australia and the Nordics, and in Canada on Bell Media’s CTV Sci-Fi Channel and streamer Crave. Additional international distribution will be announced at a later date.