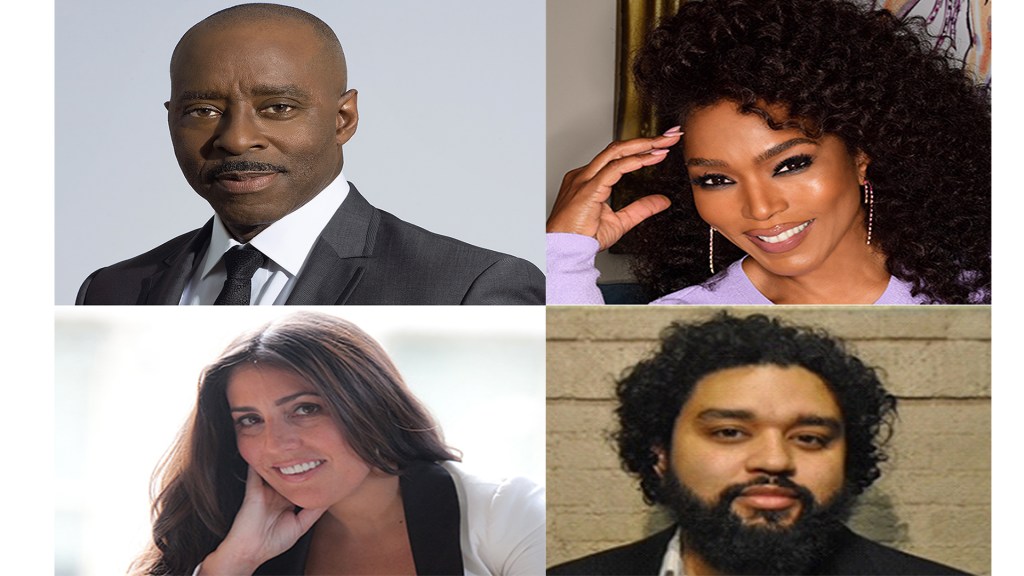 Angela Bassett and Courtney B. Vance’s Bassett Vance Productions is teaming with MTV Entertainment Studios and writer Nathan Alan Davis on a limited series about the Tulsa Race Massacre of 1921, Variety has learned exclusively.

News of the series comes just before the 100 year anniversary of the massacre, which left hundreds of Black people dead and entire homes and businesses destroyed. The series will be the first dramatic adaptation devoted to telling the story of Greenwood district in Tulsa which at that time was the wealthiest Black community in the United States and known as “Black Wall Street.” The series is the first project from Bassett Vance Productions as part of the deal made with MTV Entertainment Studios in 2020.

“As storytellers – together with Courtney, Angela and Nathan – we have the privilege of shining a light on a devastating event in our history that is important, necessary and still resonates 100 years later,” said Nina L. Diaz, president of content and chief creative officer at MTV Entertainment Group. “This partnership underscores our shared commitment to raise diverse voices and create content our global audience is yearning for that is both timely and telling.”

Bassett and Vance will executive produce the series, along with Dwayne Johnson-Cochran and Lynnette Ramirez for Bassett Vance Productions. Meghan Hooper White, executive vice president and head of original movies and limited series and Amal Baggar, vice president of original movies and limited series, will oversee the project for MTV Entertainment Studios.

“Angela and I have always had a deep appreciation for history, especially when it comes to stories that are rooted in the Black community,” Vance said. “We look forward to working on this series with MTV Entertainment Studios that will explore an important slice of American history as we look to reflect on events that changed the lives of countless Black families in Tulsa, Oklahoma one hundred years ago. We are excited to work with Nathan because his vision directly aligns with the story that Angela and I want to tell. Although the series will revisit the Black pain and tragedy that took place on May 31 and June 1, 1921, it will also importantly introduce to many the stories of the extraordinary, entrepreneurial people who built Black Wall Street and all that this community accomplished.”

The show will mark Davis’ first time creating a series, though he has previously written for shows like “American Soul” and “Sorry for Your Loss.” He is best known for his award-winning career as a playwright, having penned plays like “Nat Turner in Jerusalem,” “Dontrell Who Kissed the Sea,” and “The Wind and the Breeze.” He previously wrote about the Tulsa Race Massacre in his play “The High Ground,” which will premiere at Arena Stage in Washington D.C.

“I am honored to be partnering with Courtney, Angela, MTV Entertainment Studios and their extraordinary teams in this vital endeavor,” Davis said. “Exploring the history of Tulsa’s Greenwood District as a limited dramatic series affords us a precious opportunity and a deep responsibility. I greatly look forward to crafting a story that will not only shed light on the people of Black Wall Street, but give fresh life to the spirit, ideas, hopes, fears, and dreams that motivated them.”