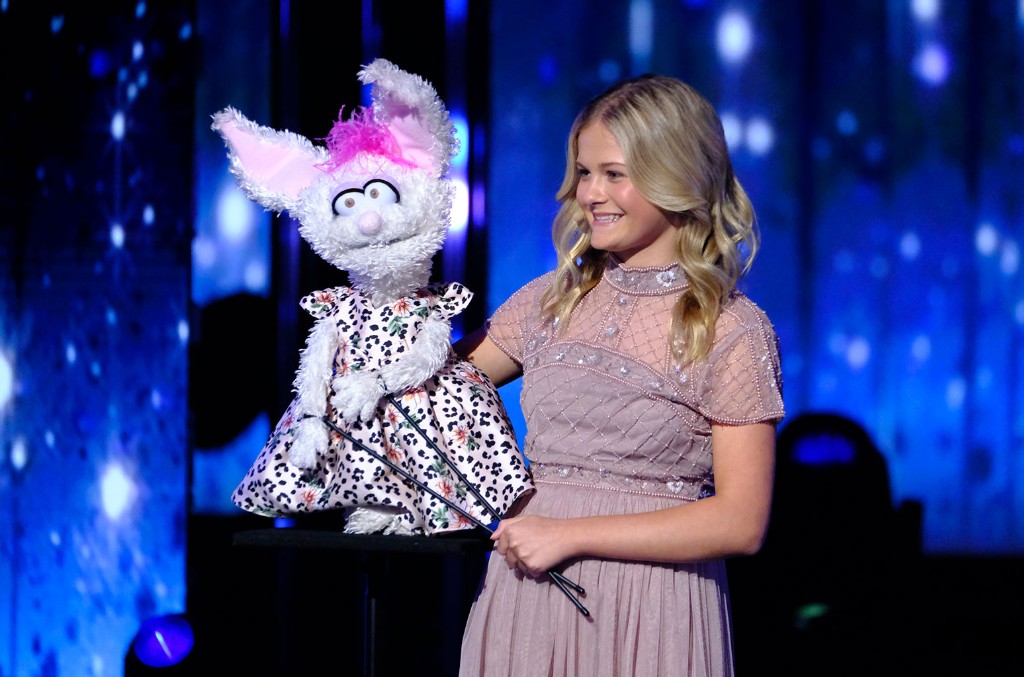 America’s Got Talent alum Darci Lynne always has a special trick up her sleeve. On Tuesday night (Aug. 19), that trick was Ivan, “with an eye.” A big, single eye.

The Oklahoma City won season 12 of AGT with her ventriloquism magic, and she hasn’t lost any of it, judging by her performance during the latest Quarter Final.

Lynne and her puppet, who we’re told is a visitor all the way from Australia, dropped in for a performance of “Baby” by Justin Bieber. That is, “Baby” performed with an Australian accent.

Check it out below.

Daneliya Tuleshova Shines With Cover of Harry Styles’ ‘Sign of the Times’ on ‘AGT’: Watch 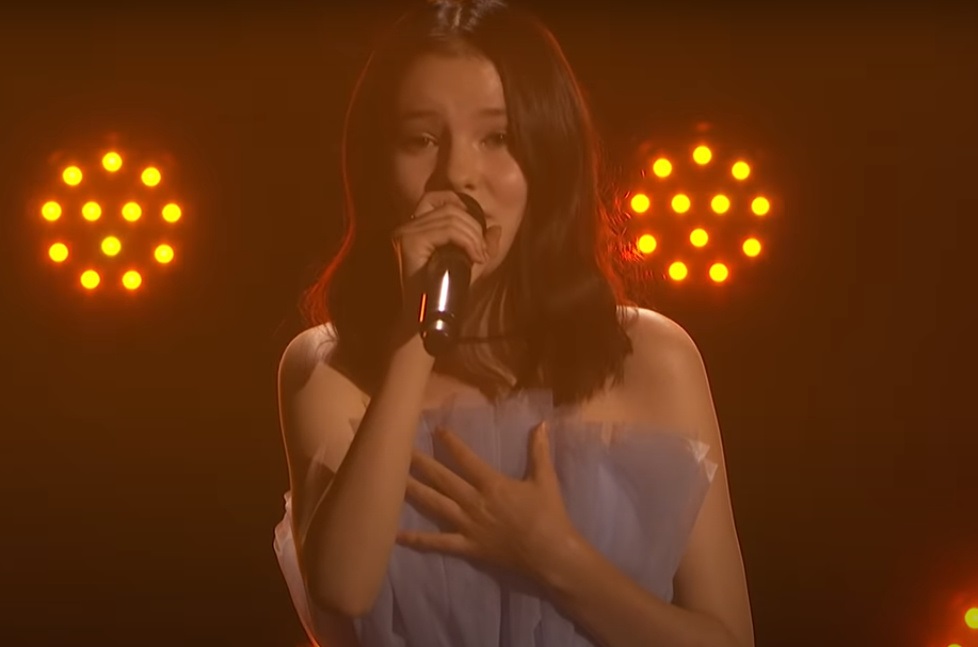 Harry Styles once admitted he’d get emotional while singing “Sign of the Times.”

Daneliya Tuleshova could also make the former One Direction star go all teary.

The 14-year-old from Kazakhstan is now a Quarter Finalist in America’s Got Talent, and she used her moment in the spotlight on Tuesday night to perform a gorgeous rendition of Styles’ global hit.

The child star is no rookie when it comes to talent competitions. She represented her homeland in the 2018 Junior Eurovision Song Contest, coming in sixth place.

She’s aiming to go a few places higher in the AGT competition. 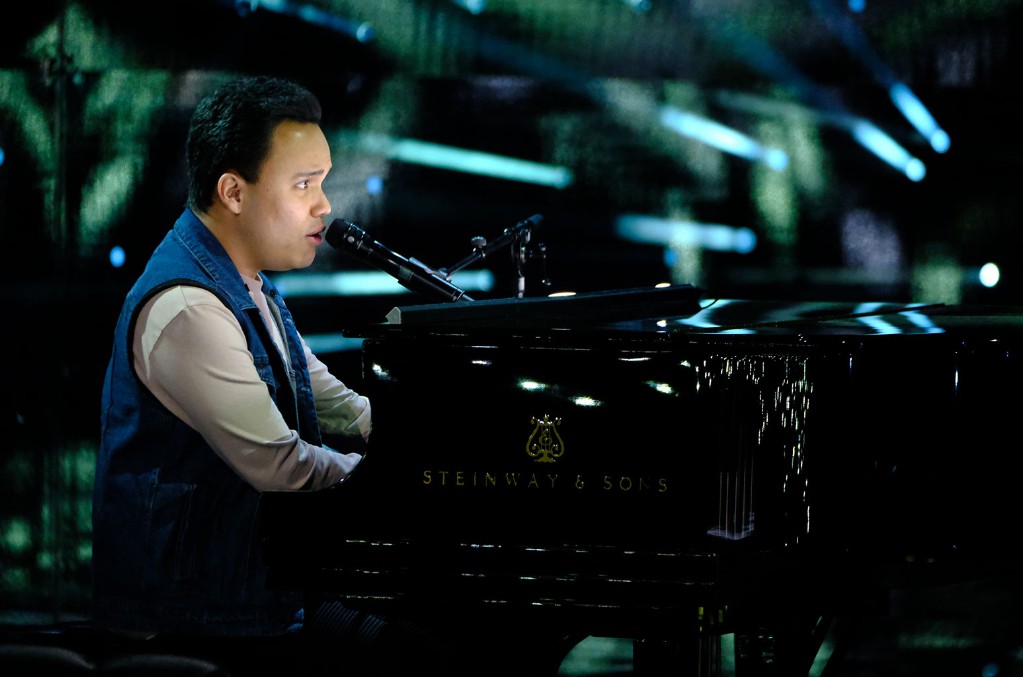 Every time he takes the stage, Kodi Lee breaks your heart. He did it again on Wednesday night (Aug. 12), as the season 14 winner of America’s Got Talent returned to the show that made him a star (and international heart-breaker).

During the AGT live results show, Lee took his seat at a grand piano for a tender performance of “Break My Heart Again” by Finneas.

The inspirational blind singer battles with autism and wins fans wherever he goes. Whoever wins this season will have the baton passed on by Lee. He’s a hard act to follow.

Also on the night, five acts advanced from the quarters to the semifinals by way of public votes. 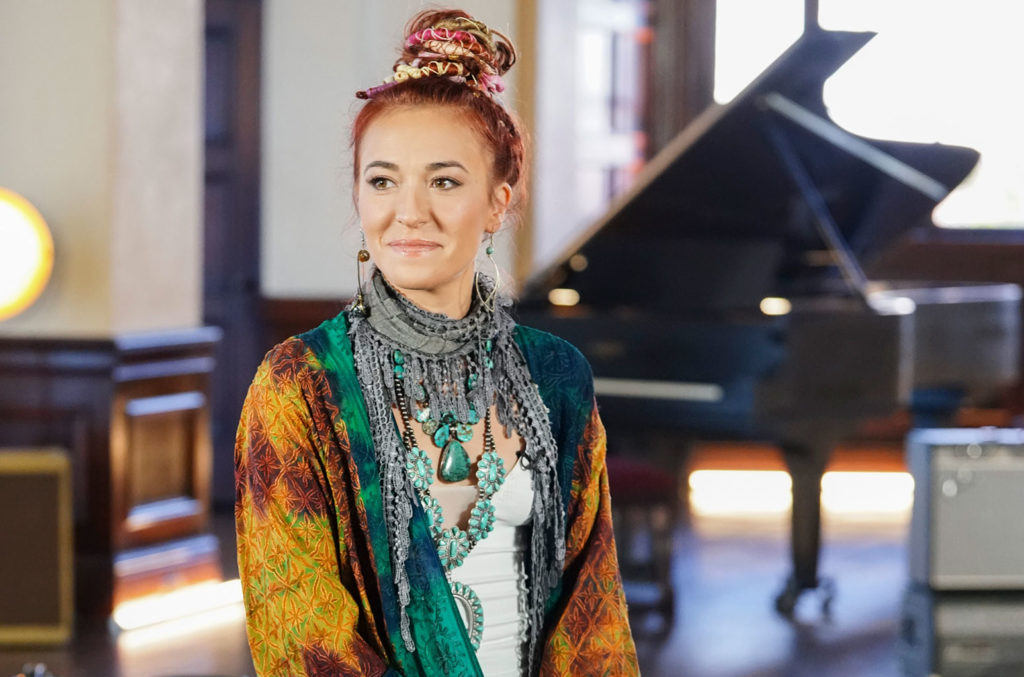 America’s Got Talent is back on our TVs as the first week of live shows kicked off Tuesday night, with Kelly Clarkson filling in for the injured Simon Cowell as judge.

Ten-year-old Roberta Battaglia stepped onto the stage and displayed talent well beyond her years.

The youngster delivered a powerful rendition of Lauren Daigle’s “You Say”.

The Canadian singer brought the feels earlier in the competition with a stunning “golden buzzer” performance of Lady Gaga and Bradley Cooper’s “Shallow.” 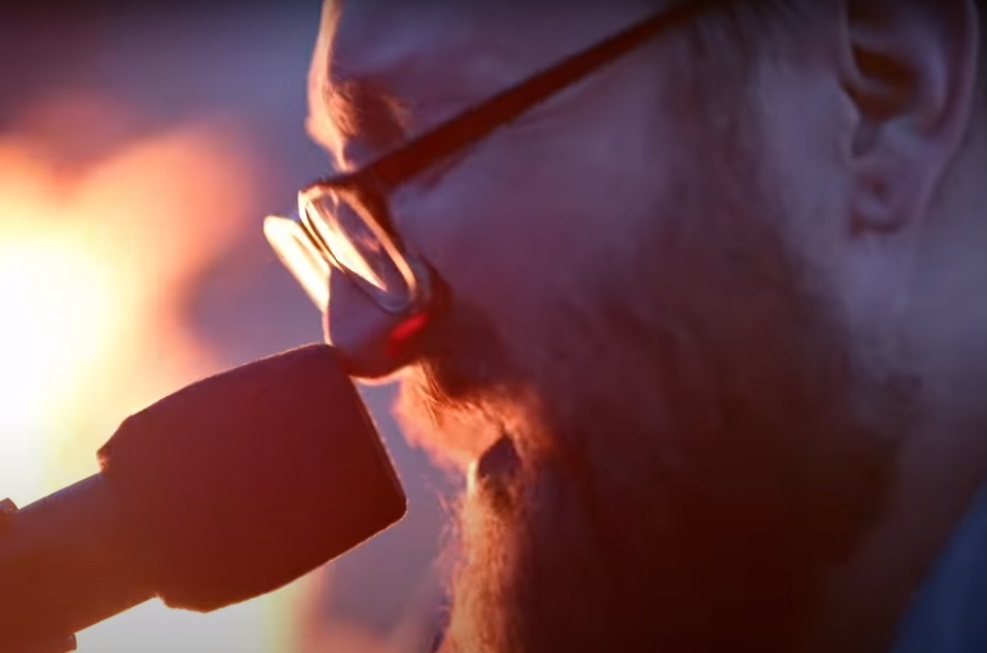 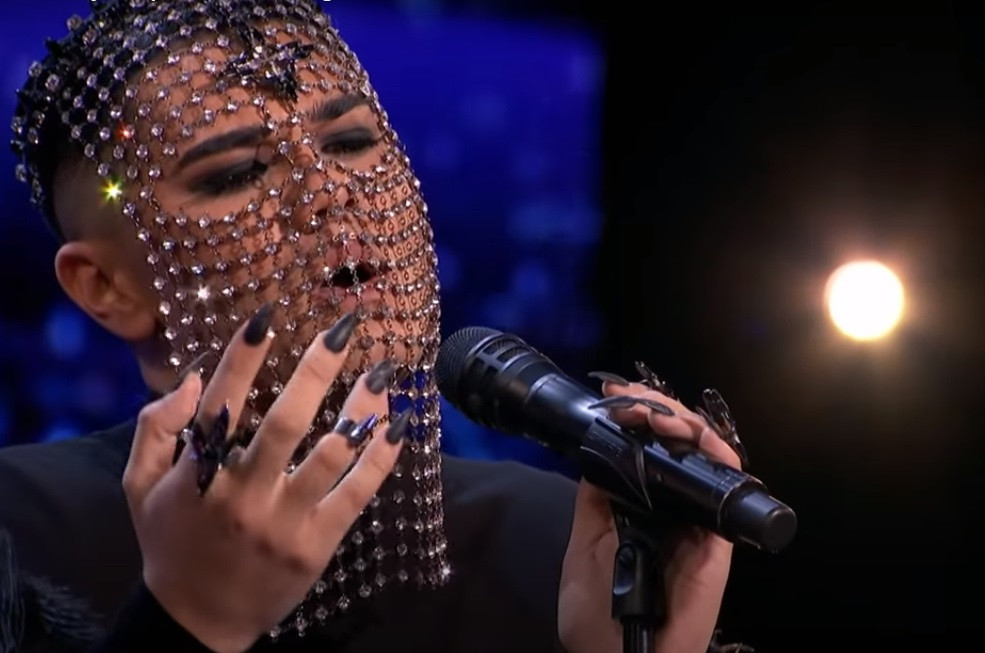 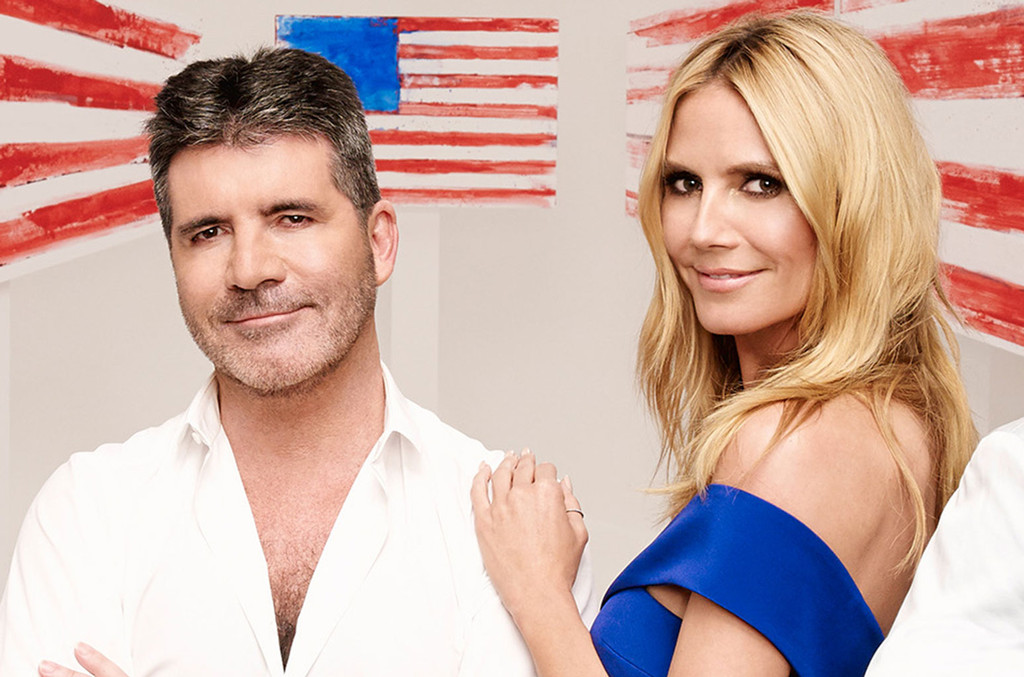 Until her America’s Got Talent audition, Shaquira McGrath was a server at the Atlanta Braves stadium, where she would sing to customers and while she worked.

That all changed on Tuesday night’s (June 23) episode, when the aspiring singer strutted onto the big stage to pursue her dreams.

When she was asked why she never followed her passion for singing before, McGrath explained, “When I was younger, people would do that thing. ‘Oh, you sound so amazing but you could be a little thinner. You could be a little taller.’ So I never put myself out there like I should have. It’s been 25 years of me being an idiot and just getting inside of your head. It’s just too long, and it’s time.”

Judge Simon Cowell quickly assured her, “It’s the people who judge people for all the things you said that are the idiots.”

McGrath went on to blow the judges away with a powerhouse delivery of Gretchen Wilson’s “Redneck Woman.”

Watch the full audition below.

The dusty streets of rural South Africa are a far cry from the bright lights of “America’s Got Talent,” but that’s where the members of the Ndlovu Youth Choir find themselves coping with the coronavirus pandemic.

With an electrifying mix of vocals and dance moves, the group made the finals of the U.S. television show last year. Sold-out performances across the U.S. and Europe followed, as well as a recording contract.

But COVID-19 halted their international tour and landed them back where they began, Moutse Valley in South Africa’s Limpopo province, one of the country’s poorest regions.

“We were supposed to go to Germany for a performance, but it got canceled. We are used to touring the world, doing shows everywhere, and during this corona time it’s been very difficult and frustrating,” said Sandile Majola, 26, a member of the chorus and its manager.

The virus has created new risks for singing together, but this “cultural catastrophe,” as one British arts group called COVID-19, is not stopping the young singers.

Ndlovu is the Zulu word for elephant, and like the pachyderm the choir members are showing determination to move forward.

The group was formed in 2008 to help orphans and children of HIV patients, said Hugo Tempelman, a Dutch doctor who 30 years ago started a medical clinic that has become a wide-ranging community development project, the Ndlovu Care Group.

The project had more than 600 child-headed households in the orphan and vulnerable children program, he said.

“We tried to assist those kids with food programs and tried to give them a more resilient way of surviving, through life skills,” Tempelman said.

He saw a bigger need for the children’s development.

“When I saw the kids go home, I still didn’t see a smile. And I thought that if we want to provide hope, we must give them something that they can be proud of,” he said.

He came up with the idea of a youth choir.

In 2016 the choir became more professional with the help of donors. Two years later their rendition of the Ed Sheeran song “Shape of You” won them an audition on “America’s Got Talent” and their captivating performances skyrocketed them to fame.

The 38 young singers are used to overcoming adversity and, with Tempelman’s help, they are coming up with a new plan.

Pulling down his face mask, choir manager Majola described how all the singers, ranging in age from 13 to 26, have been tested for COVID-19 and have been cleared to sing together.

A recording and filming studio has been constructed at the community theater and they have begun rehearsing new material for an online show.

“We are getting together for the first time since lockdown started,” said Majola with excitement.

The group’s performances of “Africa” and “Higher Ground” have had millions of viewers on YouTube and now the group hopes to highlight new material.

“I still receive emails from people all over the world,” Majola said. “I just got one this morning of someone saying he was depressed and couldn’t get out of bed, until he saw our performance and it gave him hope.”

“We are all excited. We’ll be recording with some international artists from around the globe,” Schmitt said.

The album is scheduled for release at the end of the year, but the choir intends to release a song, “We Will Rise,” to mark the birthday of Nelson Mandela on July 18.

“It’s an inspirational song about how we can work together to overcome this coronavirus,” Schmitt said. 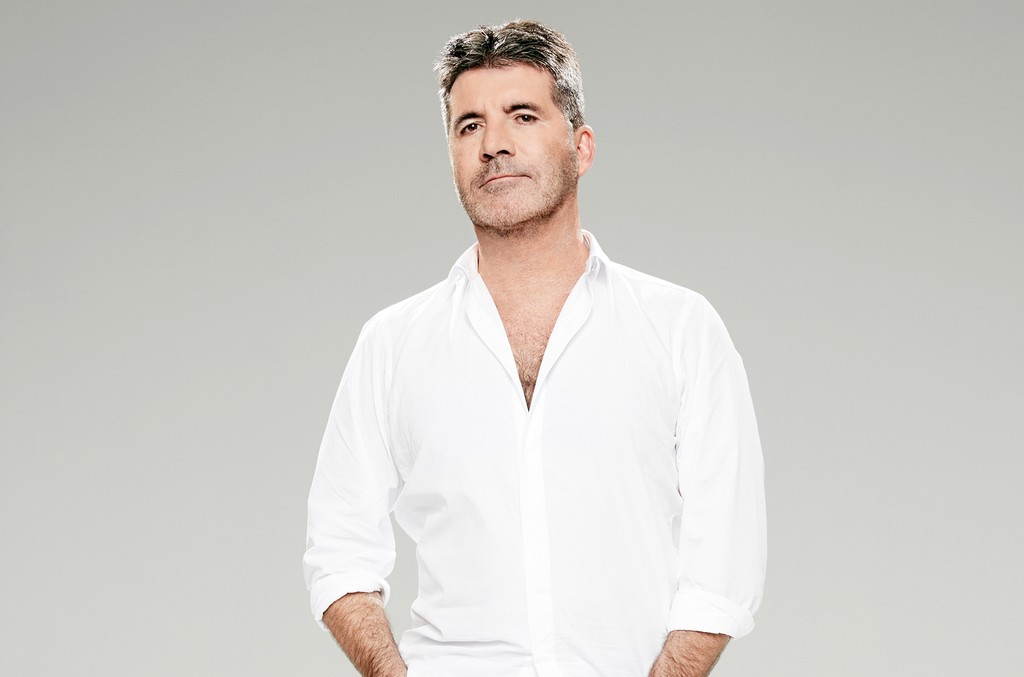 When an aspiring star plans to audition for America’s Got Talent, they typically spend weeks or months preparing a song or routine to perform in front of the judges. Not Broken Roots, though. In fact, their audition was their first time playing together ever.

44-year-old Austin and 37-year old Joey from Chicago, who both had jobs in law enforcement, met just six months ago.

“In our jobs, we see things that, quite frankly, we don’t want other people to see, and our outlet became music,” Austin explained during AGT‘s premiere on Monday night (May 26), before Joey added, “We ended up playing the same circuit for quite some time and then, randomly, he came to a show, we ended up clicking.”

The duo, now called Broken Roots, went on to deliver a rocked-out rendition of Bon Jovi‘s “Wanted Dead or Alive,” a fitting choice for law enforcement officials. Watch it below.

Is Simon Cowell looking to sign “America’s Got Talent” finalist Courtney Hadwin to a record deal?

Several news outlets, including the U.K.’s Daily Mail, are reporting that Cowell — formerly of “American Idol” and a current judge on “AGT” as well as “X Factor U.K.” — is looking to add the 14-year old rocker to his artist roster at Syco Entertainment, which includes “AGT” season 11 winner Grace Vanderwall.

While a representative for Cowell would not comment on whether a signing is in the works, the spokesperson did confirm that the teen vocalist, who finished sixth in the competition and was eliminated on Sept. 19, met with Cowell the day after the Sept. 20 finale at his house. This news comes on the heels of the announcement that Hadwin will join the season 13 AGT winner, magician Shin Lin, in Las Vegas.

Hadwin wowed audiences week after week beginning with the moment Howie Mandel gifted her with a Golden Buzzer just after her full-throated audition of “Hard to Handle.” Mandel immediately compared her to the late Janis Joplin.

Cowell was immediately enthralled, exclaiming “Bloody, Hell!” shortly after Hadwin dropped to her knees. “You are like a lion.”

Hadwin, who made the finals on the ITV program “The Voice Kids,” lived up to the Joplin comparison with performances of Steppenwolf’s “Born to Be Wild,” Tina Turner’s “River Deep Mountain High,” and the high watermark of sharing the stage with The Struts for their hit, “Could Have Been Me” followed by a chaser of Joplin’s “Piece of My Heart.”

Cowell clearly sees a future for the young Brit, calling her a “trendsetter.”