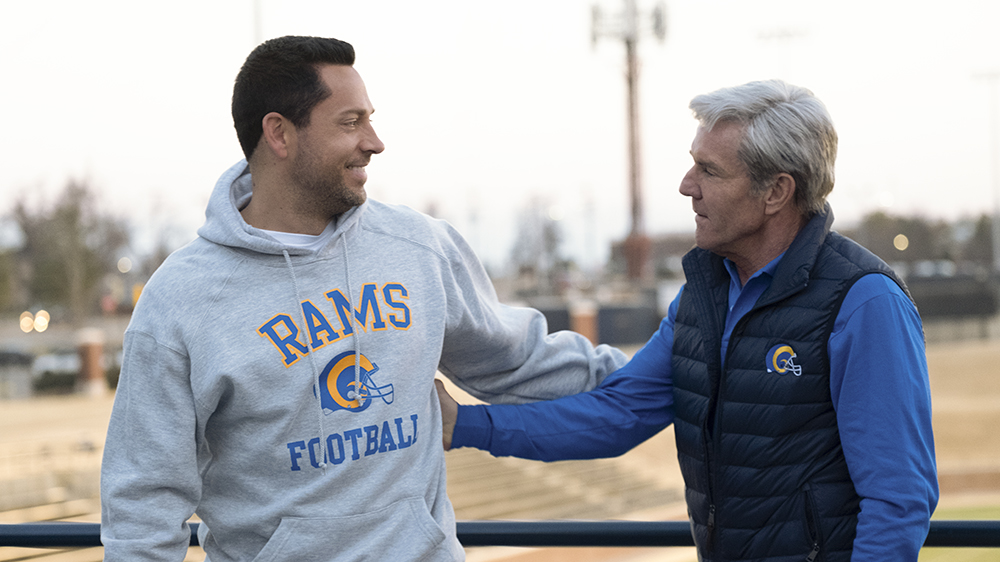 To use a football analogy, Lionsgate called a late-stage audible for sports drama “American Underdog,” moving its domestic theatrical premiere to Christmas Day from a congested Dec. 10, the company  revealed in its slate presentation Thursday at CinemaCon. Lionsgate was the last distributor to show a product reel at the Las Vegas gathering of cinema operators that ended Thursday.

“American Underdog,” the true-life drama of grocery-store worker turned football superstar Kurt Warner, received a Lionsgate marketing blitz with posters plastered across CinemaCon. Full-sized autographed footballs emblazoned with the film’s title were passed out in a promotion. Since it is an inspirational drama, “this movie perfectly aligns with the emotions of the holiday season: The power of faith,” Joe Drake, Chair of Lionsgate’s Motion Picture Group, said in his in-person remarks. Warner and actor Zachary Levi, who portrays Warner, delivered recorded comments.

Nicolas Cage’s Hollywood satire “The Unbearable Weight of Massive Talent” — another a 2022 release — also received a warm audience response to its trailer and video message. Cage portrays himself becoming entangled in unexpected action-adventure with a shady wealthy man who pays him lavishly for a personal appearance.

Big-budget sci-fi movie “Moonfall”— which reportedly carries a $140 million production budget– shared the spotlight, with the presentation including chunks of the film and a recorded message from writer-director, Roland Emmerich. “Moonfall” is dated for Feb. 4, 2022.

Lionsgate prominently cited a dozen films in its presentation, with Lionsgate’s President of Domestic Theatrical Distribution David Spitz on stage saying, “There still is no better platform to release a film than on the big screen.” The audience of exhibitors audibly warmed to an “only in theaters” message that flashed for the 2022 horror film “The Devil’s Light.”