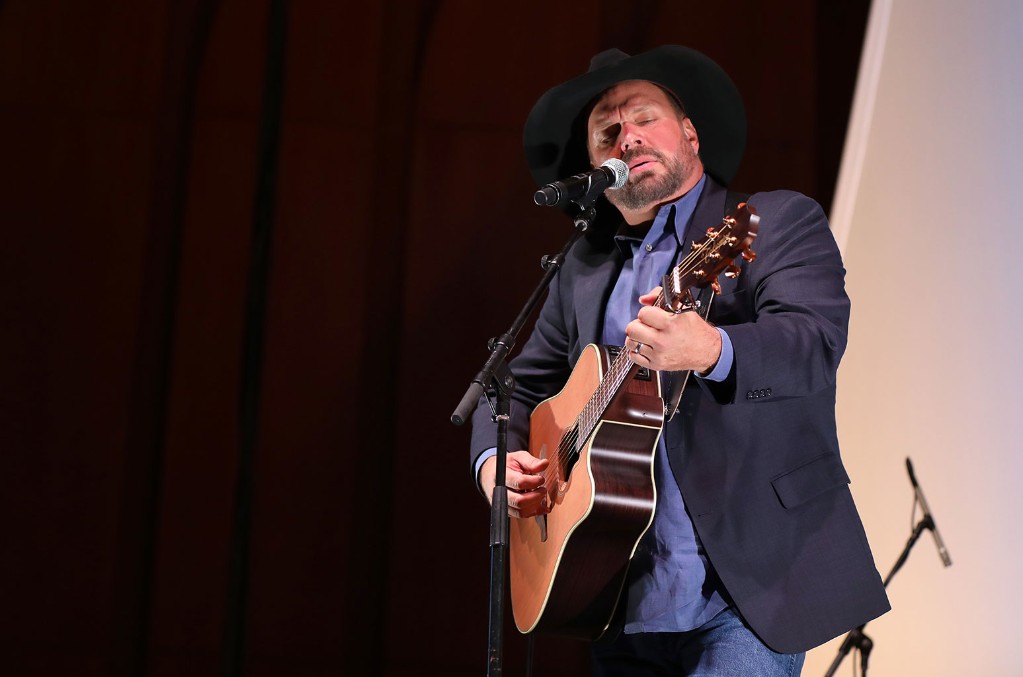 For more than a year, Garth Brooks has been promising a new album, Fun. Fans didn’t get the album yet, but late last night he dropped two more tracks from the project via Amazon Music.

Like the title implies, “Party Gras” is a good-timing zydeco stomp that instantly takes the listener to the Mardi Gras. “That’s What Cowboy’s Do” is a traditional country track that would sound right at home on a record by Brooks’ hero, George Strait.

They join previously available songs from Fun, “All Day Long,” “Stronger Than Me” and “Dive Bar,” a duet with Blake Shelton.

On Monday night’s (May 11) episode of his weekly Facebook show, Inside Studio G, Brooks said he didn’t feel right releasing the album in the middle of the pandemic. “I don’t want to be the guy that tries to do something in the midst where everybody is hurting,” Brooks said. “The album’s ready to go. It’s just how do you get out and promote and be happy and jolly while everybody’s out there fighting for their lives not only physically, but fighting for their lives financially.”

Fans could pre-order Fun almost two years ago via Amazon, Brooks’ exclusive digital home. However, unlike the previous Fun songs, the new songs were not immediately loaded onto the Fun album package for those that have pre-purchased the set. Instead, the tunes are only available to paid subscribers to Amazon Music.

An Amazon spokesperson says they are headed to the Fun pack shortly: “The new tracks are currently streaming on Amazon Music. Customers who pre-ordered the album to download, will soon see the new tracks added to ‘My Music’ when they visit the Amazon Music app.”