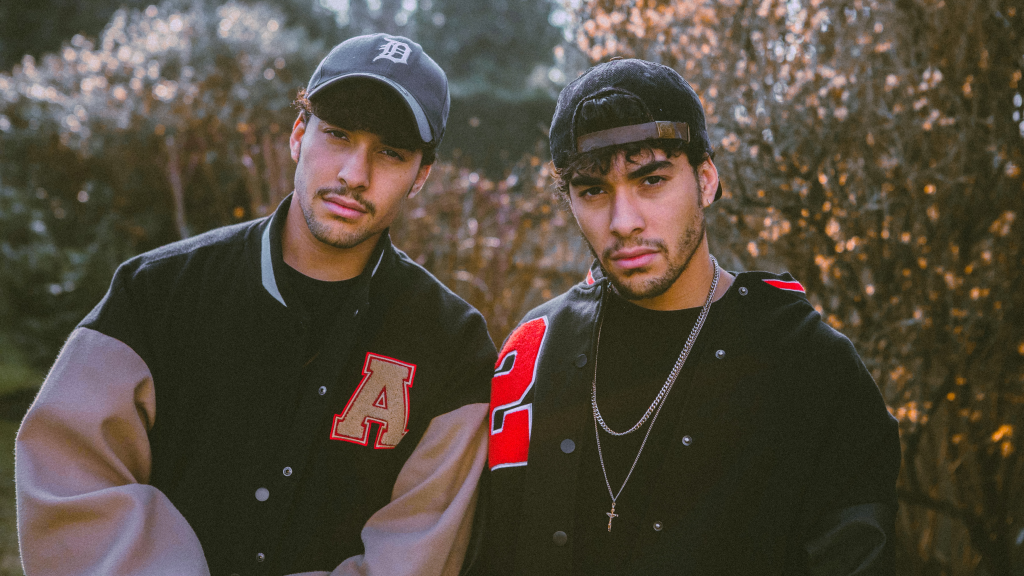 If you’re on TikTok, chances are you’ve heard a remix by London-based duo Altégo — in just one year, they’ve racked up 1.4 million followers, 4 billion plays of their sounds on the app and scored a Top 40 hit.

In their videos, 23-year-old twin brothers Michael and Lucas Fernandes-Pense energetically mash up two popular songs, providing the soundtracks to many a TikTok thirst trap (you may even notice several of their sounds on Variety’s own TikTok profile).

Their secret sauce may be their strong relationship with their devoted followers, as they take daily requests for what their next medley should be — leading to everything from a sexy mix of Jennifer Lopez and Drake songs to an off-the-wall (but shockingly catchy) combination of “We Don’t Talk About Bruno” from Disney’s “Encanto” and Doja Cat’s “Woman.”

They rose to prominence on TikTok in May 2021 with a popular mashup of Lil Nas X’s “Montero” and Daddy Yankee’s “Gasolina.” “It was the first time we started seeing loads of people using our sounds,” Michael tells Variety of the video, which has over 500,000 views.

After months of growing their following, the brothers hit it big in the final days of 2021 by uploading “Toxic Pony,” a remix of Britney Spears’ “Toxic” and Ginuwine’s “Pony.”

They didn’t expect this to be their biggest hit: “Sometimes you make something like, ‘Well, this could be like a big sound,’” Michael says. “I wasn’t like, ‘Oh my gosh, I’m so excited to post this,’” Lucas adds.

In fact, they were sitting on the video for about a month before posting it shortly after Christmas. As Lucas puts it, “We hadn’t uploaded in a day. I thought, just upload this!”

So how did the duo translate viral DJ fame to tangible success in the music industry?

“A week and a bit after we released it, we sought out a deal with Sony in the U.S.,” Michael says of getting official status for the track on streaming platforms. “They were really excited about releasing an official version of it because it was doing so well. They were offering the rights and everything. It happened so quickly!”

“They were like, ‘You guys are geniuses for picking two songs on the same label. How did you think of that?’” Lucas recalls. “Oh, yeah, that was definitely on purpose,” he says with a cheeky smile.

In the weeks since the song’s official release, it’s gone stratospheric, earning 20 million streams on Spotify and becoming Britney Spears’ first-ever Top 10 record on the Billboard R&B chart. “Every single day, every hour my mom would just send us updates on the family group chat,” Michael says.

“First we had to sell our souls,” he jokes of the record’s success. “It feels like we’ve pressed a cheat code. It feels surreal.”

“We just wanted to be on Spotify just so we could have our picture and name on there,” he adds. “Even if it was like, no plays, under 1,000 monthly listeners. We just wanted to have it there.”

The twins are savoring every moment of the song’s success: “A radio station in Australia said we needed to send over some vocal intros for the tracks,” Lucas says. “Growing up, especially in our generation, radio’s always been big. That just made it feel so real.”

They’ve already got big plans for keeping their momentum going: they’re set to release their first original single, “Designer,” in the coming weeks. While the song’s hook features a list of high-end brands (“Dior. Chanel. Gucci. Prada.”), Michael says the song is actually about shedding those labels.

“It’s about when you’re really attracted to someone and you like them for just how they are,” he says. “Regardless of all these artificial ways, you like them so much that they don’t need any of that.”

🚨YALL! Our first ORIGINAL single is available for pre-save now!🥵🥺❤️ thanks for all the support LY🥰😈 #NewMusic #edm #LondonFashionWeek

Lucas says the plan was always to release original music, even if they reached that goal in an unexpected way. “We’re musicians first and songwriters first. I think we always knew, if we got a big following, that’s our dream. My dream is to be our own artist and have our own original music. So we knew once we got somewhere with it, we were gonna jump for original stuff.”

“I didn’t realize that the bigger our following gets, the more nervous I am to drop something,” he says. “But I’m confident because I love our following I feel like our fans are really nice. They’re on the same wavelength as us.”

While they’re enjoying mainstream success and plotting their next releases, the brothers have no plans to ditch TikTok: “I’m just excited for everyone to hear the sound of Altégo,” Lucas says. “Our plan is to get a bunch of great songs together and slowly tease them on TikTok and let people get excited on their own.”

“We always knew where we wanted to end up. But we just didn’t know how it was going to happen,” Michael says. “And then obviously, it just so happens that TikTok was it.”

He adds, “A lot of artists have their original music, and then they have to build their following and their brand. But I feel like we went about it the other way. We spent time building our brand and building the following, and then we can drop our original music. So it’s kind of the same thing, we just went a different way round.”