All the Streets Are Silent

‘All the Streets Are Silent: The Convergence of Hip-Hop and Skateboarding (1987-1997)’ Film Review 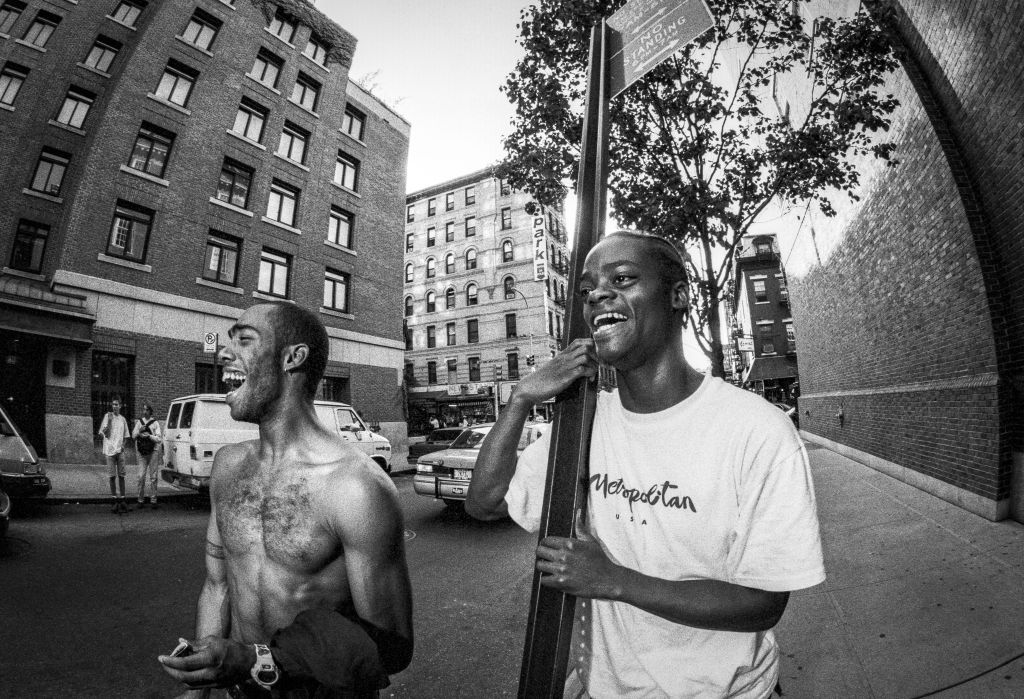 As far as titles go, you can’t accuse Jeremy Elkin’s “All the Streets Are Silent: The Convergence of Hip-Hop and Skateboarding (1987-1997)” of false advertising. Tracing the two youth cultures as they dance around one another and finally intersect on the streets of New York City throughout the decade, the director gathers an astonishing amount of vintage footage, and finds no shortage of deep veins to tap. And yet, despite its doctoral dissertation-style title, “All the Streets Are Silent” lacks a thesis: less a sociological study of the rapper-skater convergence than a celebration of a very specific type of guy in a very specific fragment of space and time. In this case, the kind of young person who felt most at home roaming the streets of Dinkins-era Manhattan with only a board and a boombox for company.

And one might argue that that type of guy, now older, is also this documentary’s target audience, as the film makes only passing attempts to explain or contextualize its dizzying whirl of names, places and allusions throughout a very busy 89-minute runtime. We learn about the creation of the nightclub Mars, the origins of “The Stretch Armstrong and Bobbito Show,” the early days of Zoo York, and the ways that the encroachment of the mainstream – whether it be Larry Clark’s film “Kids” or the entire globalized streetwear industry – both immortalized and commodified the sense of freedom that these skaters, DJs, rappers and hangers-on were once able to enjoy in a less buttoned-down New York. But a viewer coming into the film who isn’t already well aware of the abovementioned could find themselves a bit lost, and a strong sense of “I guess you had to be there” may keep the film at arm’s-length for outsiders.

That said, you can’t say the film doesn’t make you wish you were, in fact, there. For anyone with even a passing interest in ‘90s hip-hop and its associated satellite cultures, some the archival footage contained in this film is genuinely remarkable. Here’s a strikingly young Jay-Z rapping cleanup for Jaz-O on a tiny club stage. Here’s a then-unknown Busta Rhymes showing up uninvited to a college radio station and kicking a freestyle which includes lines he would eventually incorporate into his verse on “Scenario.” Here’s a glimpse of the scene at Supreme back when it was just a local skate shop. For those who only know these people and institutions through their later, more polished incarnations, these snapshots of their humbler origins are unexpectedly poignant.

In addition to the archival footage – much of it provided by nightlife entrepreneur Yuki Watanabe and Zoo York co-founder Eli Morgan Gesner, who also serves as narrator – Elkin gathers a formidable range of present-day interviews, from actress Rosario Dawson and late skateboarder Keith Hufnagel to Run-DMC’s Darryl McDaniels and the always-insightful DJ and producer Clark Kent. But its construction can sometimes be confusing, moving from scene to scene without providing the proper framing for what each of them meant. There are long stretches where the significance of New York skate culture within the more obviously important context of hip-hop isn’t entirely clear, and one wishes the film took a little more time to unpack the racial and gender dynamics on display in these collisions. (There are vanishingly few women to be seen here, with Dawson the only female interviewee to get substantial screentime.)

With so many voices and faces passing through the film, it isn’t until later on that it seems to find its center in the figure of the late Harold Hunter. Explosively funny, unbridled in his enthusiasm, and ever willing to perform for anyone with a video camera, the young skater gained international fame when he was cast in “Kids.” Yet within the local scenes depicted here, he appeared to know virtually everyone already, and his drug-related death at the age of 31 seems to put a somber end punctuation on a subculture whose flame had long since been dampened by gentrification and cooption by corporate interests.

As a too-brief epilogue reminds us, hip-hop is now the dominant form of popular music, and skateboarding is now an Olympic sport. But it wasn’t so long ago that both were shuttled towards the margins by various gatekeepers, and the fact that these two disrespected youth cultures once found common ground in their shared playground of New York City is perhaps not so surprising. As for what they ultimately meant to each other, and what their parallel trajectories can teach us about the struggle to preserve organic street cultures in the face of the larger forces that seek to strip-mine them, “All the Streets Are Silent” rarely slows down long enough to ponder.