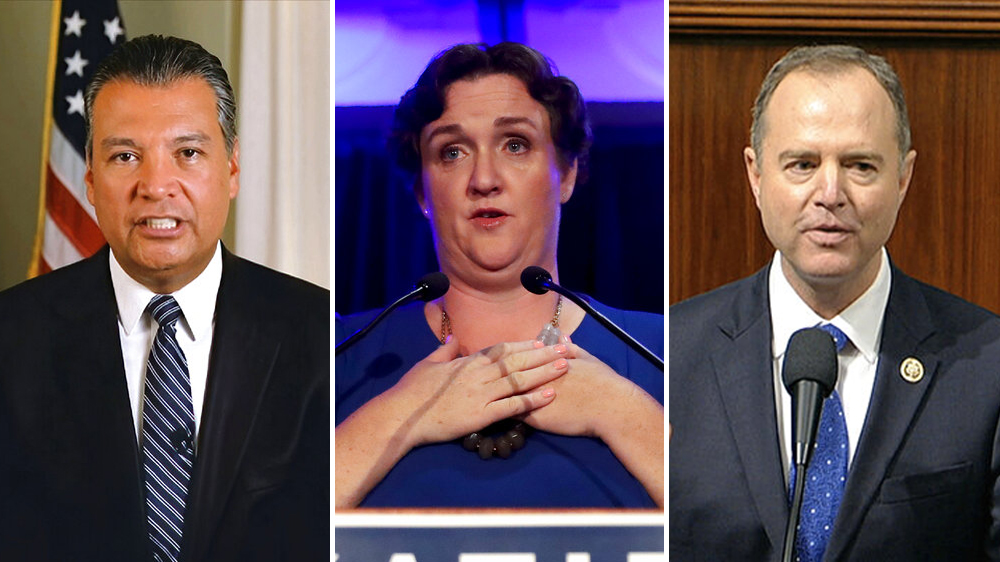 Hollywood politicos are keeping a close watch on California Gov. Gavin Newsom as he assembles a short list for filling the Senate seat about to be vacated by Vice President-elect Kamala Harris.

Names mentioned as likely contenders for the appointment include California Secretary of State Alex Padilla as well as House members Katie Porter, Barbara Lee, Karen Bass and Adam Schiff. Long Beach Mayor Robert Garcia is also said to have expressed his interest in the post. California’s current attorney general, Golden State political veteran Xavier Becerra, could also follow in Harris’ footsteps by segueing from the AG’s office to the Senate.

Harris, who is No. 2 on the winning Democratic presidential ticket alongside Joe Biden, was elected as California’s junior senator in 2016. As she moves up to the executive branch, Newsom has to find someone to fill the seat who can be in campaign mode from day one, as they will be up for re-election in just two years. The need to find a successor for Harris has also stirred speculation about Sen. Dianne Feinstein’s long-term plan once her most recent term expires in 2024.

Hollywood’s most engaged Democrats have already been speculating about the choice, given its potential to be a star-making turn for a promising legislator.

“Gov. Newsom has no shortage of highly qualified people to choose from in filling Vice President-Elect Harris’s Senate seat,” Jennifer Lin, a partner at Gonring/Lin/Spahn political consulting firm who works with numerous industry heavyweights. “I have every confidence he will appoint a visionary leader who will work tirelessly on behalf of all Californians to advocate and advance the important interests of our diverse State.”

Newsom acknowledged earlier this month in an interview with Fox’s Los Angeles O&O KTTV-TV that it would not be an easy choice, for multiple reasons.

Porter, who represents the Tustin area of Orange County in the House, has become a darling of Hollywood for her no-nonsense approach, progressive ideals and her natural skill at crafting viral moments from the floor of Congress and elsewhere. But she’s also in a House district that could be vulnerable for Democrats if the right Republican candidate came along, and Democrats can’t afford to lose any more seats after taking a few losses in this cycle.

Schiff, whose district stretches from Pasadena to Echo Park to West Hollywood, is a House veteran who commanded the stage for much of the impeachment drama that surrounded President Donald Trump in late 2019 and early 2020. But given the focus of the Democratic party on a message of embracing inclusion and diversity, the timing is bad for Newsom to appoint a 60-year-old white male. Moreover, there’s talk of Schiff eyeing a run for Feinstein’s seat in a few years.

Padilla has emerged as a consensus favorite in the state, according to multiple industry-connected consultants, because of his strong performance as Secretary of State since 2015. He’s got a long track record in public life from his time as Los Angeles City Council President and for an eight-year term in the state Senate prior to becoming Secretary of State. There is also heightened focus on increasing the representation of Latinx voices in the Senate and grooming a new generation of political stars.

Hilda Solis, a Los Angeles County Supervisor, former House representative and Labor Secretary for the Obama administration, has also been mentioned as a candidate that Newsom is likely evaluating.

With a lot of moving parts in play for California Democrats, political junkies say that the high number of options before Newsom is heartening.

“The good thing is, like the Dodgers, we have a good team of players to pick from,” said a prominent consultant who asked not to be identified.

Marc Malkin contributed to this report.