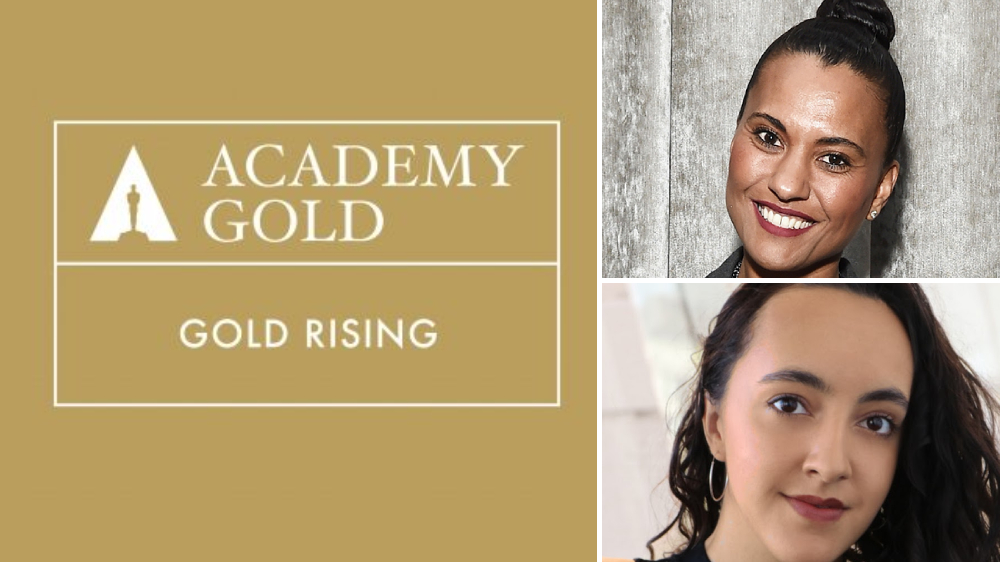 The next generation of artists and filmmakers need guidance, and many in Hollywood have long grappled with how to offer training and support. The Academy of Motion Picture Arts and Sciences is trying to achieve that through its Academy Gold Rising program, which completed its fifth year of over 100 entertainment enhancement and mentorship for students and young professionals.

Of course, Hollywood is still not an even playing field, even despite dramatic changes in the industry in the last few years. Still, as Christine Simmons, the chief operating officer for the Academy tells Variety, she’s optimistic.

“I don’t know that many Black CEOs,” Simmons says. “We have industry folks mentoring and matching these young people, so that trail that we had to run uphill, barefoot, in the snow, can be eliminated. But, more importantly, they can see people that look like them that are actually doing it.”

The makeup of where the participants are in their lives vary. Some enter with their passion for storytelling pouring from their veins, ready to take the movie world by storm. And then there are others who are at a crossroads, unsure of their relationship with the artistic medium, and are seeking guidance.

Eliana Pipes, a Los Angeles native of Puerto Rican, Black and queer background, is an alumnus of two Gold programs — Gold Rising and the Gold Fellowship for Women, which offers financial support and mentorship to emerging female filmmakers. “I grew up in Culver City, a block away from Sony Pictures studios,” she shares. “Because of the way the industry is structured, and even though it was so close I could throw a pebble from my house and hit the wall, it was still a million miles away.”

Academy Gold opened those doors for Pipes to gain access into spaces such as Disney and Warner Bros that she feels have always been intentionally closed off.

Pipes was a creative development intern at HBO during her time in the 2017 inaugural class. She attended Columbia University for her undergrad degree, and recently graduated with her master’s in playwriting from Boston University, and is finishing up her first animated short film, “Nails,” which was part of her project under another Gold program, Gold Women’s Fellowship, which she was selected for in 2019 and was the inaugural recipient of the Wavelength Fellowship for artists who identify as BIPOC female or non-binary.

This year’s program ran from June 21 to its conclusion on Aug. 7, venturing through every aspect of the Hollywood industry, ranging from “The Magic of Sound in Film” to “The Path to Becoming a Hollywood Agent.” All the panels are moderated and mentored by the industry’s greatest leaders, including Oscar-winning animation director Pete Docter and Academy president David Rubin.

It isn’t enough to give motivational speeches to inspire someone to want to go into the business. Gold Rising provides hands-on training, focusing on the tactical tools that bring them to the next level.

The Oscars have been the source of criticism and controversy, especially in years where the awards ceremony only nominated white actors in its top categories. But others in Hollywood have noted that awards can’t be given to non-white performers if there aren’t enough performances out there — and people of color working behind-the-scenes.

“I felt we could be more holistic, more actionable and operationalize it, and not just rely on the passion of some,” Simmons says.

Like many communities of color, too many are unaware of the careers that could be explored and executed in the business aside from being an actor, Simmons herself identifies with. “I knew I could be a doctor or a lawyer, and I chose a doctor. and then I didn’t get into medical school.”

She shares stories of one woman coming into the program and wanting to be an actor and switching to archiving, or a student from Morehouse College told her he realized he didn’t want a career in the industry. “I love when people, who are in historically underutilized communities, can say, ‘that’s not for me’ and go find something else that they are passionate about. We’ve saved them many years of trauma.”

All Gold Rising internships through this year’s 25 partner companies are paid, and Production Track students receive stipends. Some of their partners included AMC Networks, CAA, Paramount Pictures and Warner Media. In addition, before the pandemic and program being virtual, the Academy had also offered a limited number of one-time stipends to out-of-state students to help offset travel and housing costs.