Absolute Merch Teams With Artists to Raise Money for Charity 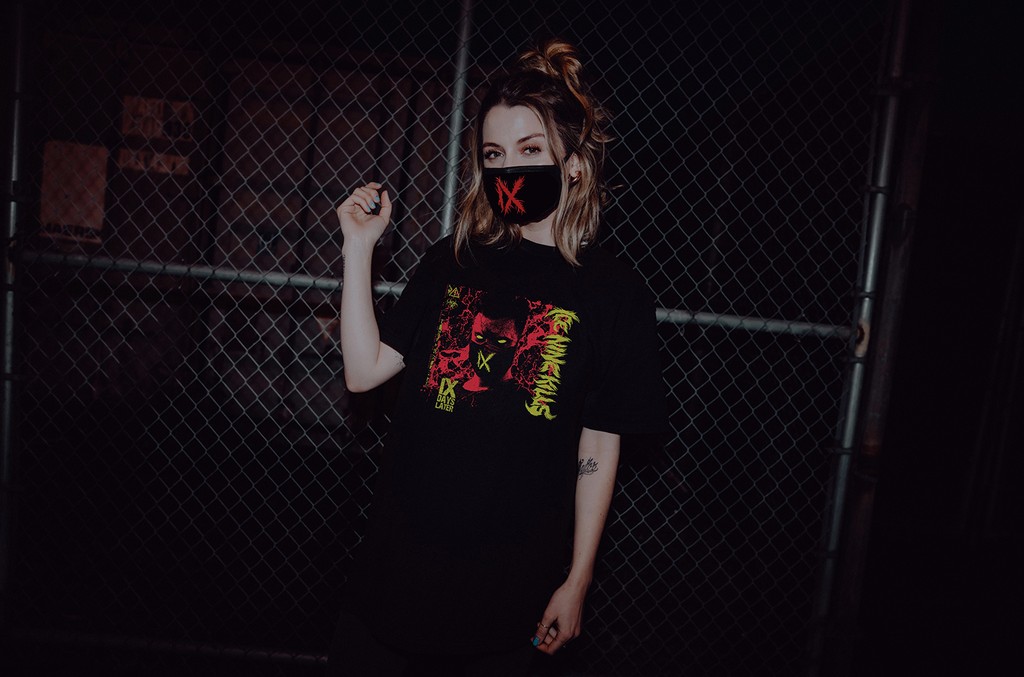 It was supposed to be a big year for Billy Candler with Absolute Merch, who had a number of high profile clients preparing to embark on major tours.

“We were expecting this to be the biggest year we’ve ever had,” explained Candler. “We had some life changing tours for some of our artists on the book that would have equated to great business for us and anchored our live strategy.”

That included Blackbear who was on tour with Halsey, Ice Nine Kills who was playing arenas with Five Finger Death Punch and “a couple artists that had unannounced tours for this summer in amphitheaters,” Candler said.

All that changed in March when the market crash caused by COVID-19 crisis derailed those plans and left the merch company and printer with a lot of gear that would not go out on the road. Candler redirected the merch online and began working with bands to donate a portion of the proceeds to support band crews that were on the road and help bands pay off any existing tour expenses.

“Consumers really rallied around these bands and wanted to help out,” Candler said. Seeing the success of the initial sales, Candler said the company shifted its focus to charities like MusiCares. So far, the effort has helped raise $115,000 for charity; not bad for a company that launched in 2012 servicing festivals like the Warped Tour. Printing shirts from a small office in Orange County, Absolute slowly grew into one of the largest music merch companies in the U.S.

“Last year we worked the campaigns for five No. 1 records, and ran tours from arena-sized runs down to small clubs and just about everything in between,” Candler tells Billboard. “When COVID-19 hit, everyone freaked out, but luckily we had positioned ourselves over the last year to focus on e-commerce.”

While other companies enacted layoffs, “we kept our staff,” he said. “Our bands all were on board to push their merch and wanted to raise money for charities,” including Feeding America, Doctors Without Borders and private GoFundMe’s for bands and touring crews.

As part of the program, both Absolute and participating bands donated 50% of their share proceeds to charity.

“Some of these bands are struggling right now and for them to make five-figure donations to people they don’t even know is pretty incredible,” Candler said. “With no touring happening, realistically for the foreseeable future, merchandise is really kind of one of the only ways that fans can make a direct connection with the band and its great to see fans continuing to show support.”