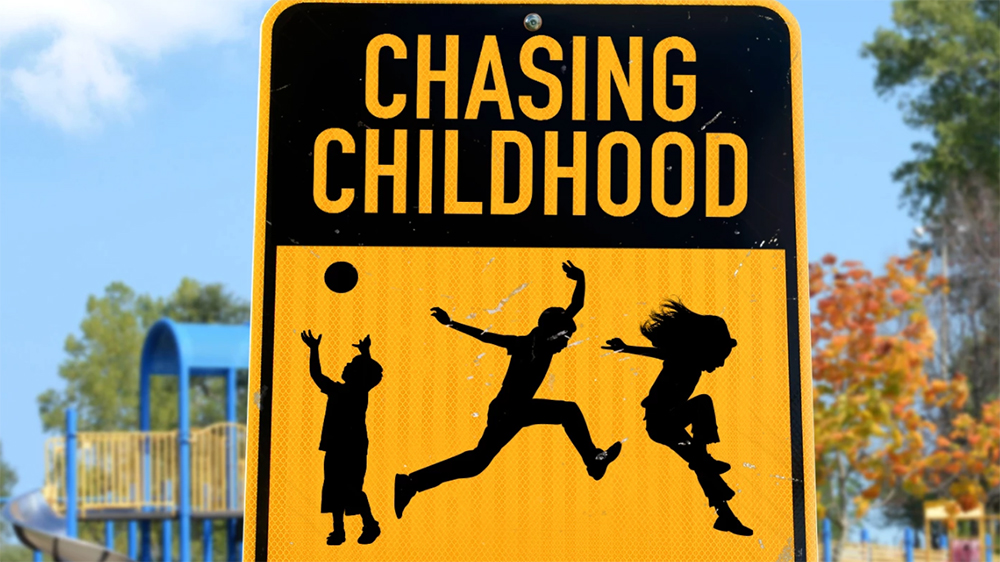 The film, centering on the rapidly changing landscape of contemporary childhood and parenting, is having its online premiere on June 24 followed by a panel discussion. It will be available to rent on digital platforms starting on June 25.

“Chasing Childhood” explores the growing trend for children to be overscheduled, overburdened and overprotected, yet still unprepared for the modern world. It features interviews with psychology professor Peter Gray, “How to Raise an Adult” author Julie Lythcott-Haims, public school advocate and former superintendent Michael Hynes, and Lenore Skenazy, who created the “Let Grow” nonprofit that advocates for children’s independence.

“We hope that ‘Chasing Childhood’ will help inform how we return to life post pandemic and that perhaps we will reevaluate the pre-covid over-scheduled existence of our kids,” Loeb and Wurmfeld said. “We made this film in order to start a cultural conversation that would become a catalyst for change in how we parent, school and regulate kid’s lives. We believe this film, together with insights gained in this time, will encourage parents and schools to create a world where kids have the autonomy to engage in more free play so that they can grow up to become resilient, competent and healthy adults.”

“This is a critical issue, never more so than after the past year when the pandemic has stifled so much personal interaction for everyone,” said Abramorama’s CEO Richard Abramowitz and COO Karol Martesko-Fenster. “‘Chasing Childhood’ makes a strong case that free, unstructured play is an essential component of healthy development.”