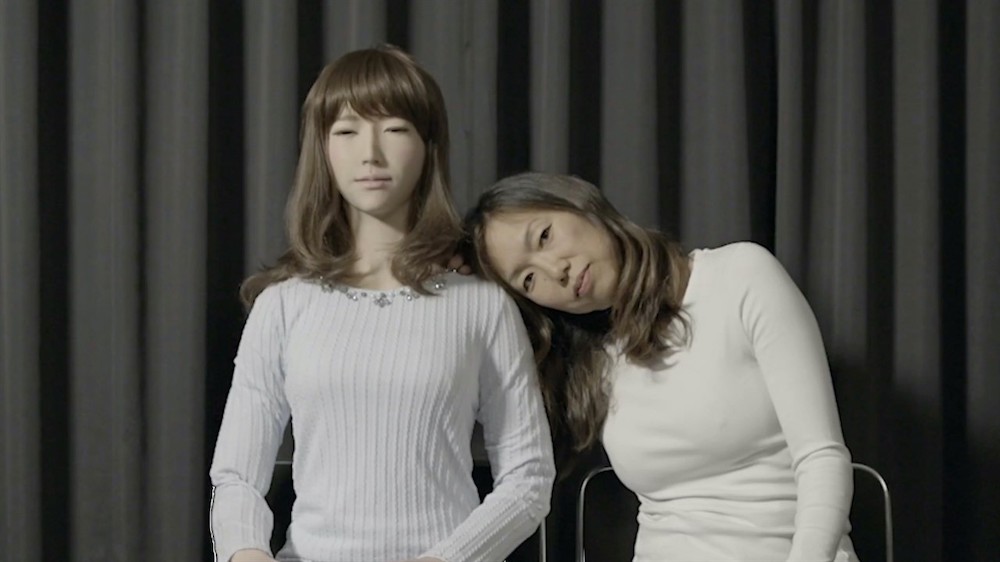 “A.rtificial I.mmortality” provides a diverting if superficial survey of how fast-evolving technology might be able to extend our lives — or at least some of our memories and characteristics. Featured as Hot Docs’ opening night selection, this Canadian documentary from director Ann Shin presents once-fantastical ideas now edging toward reality in a form palatable to broadcast viewers looking more for casual entertainment value than weighty investigation. But the film is weakened by its gratuitously first-person perspective, chosen for no obvious reason beyond the director evidently wanting to “star” in her own movie.

After an opening quote from Seneca, Shin takes center stage and stays there, as introduced at her 52nd birthday party, then perusing old family photos with two daughters. Her own mother has died, and her 78-year-old father is in a retirement home with dementia. But what if her own existence could somehow be elongated so that one day her grandchildren’s grandchildren could know her?

The rest of the film is a sampler of current innovation, insights and sometimes sheer yearning related to such desires. Shin visits participants in the Transhumanist movement, some of whom are Christians who believe God surely meant for humans to eventually “make death optional,” turning life as immortal as the soul is said to be. (Much later we meet a cleric who takes great offense at this, noting that traditional theology already has that “afterlife” thing all worked out.)

At a consumer electronics show in Vegas, AI avatars are glimpsed, into which may be digitally uploaded “mind files” comprised of one’s archived memories and mannerisms. Interviewee Deepak Chopra already has just such a “clone of himself,” which has absorbed his nearly 100 books and stiltedly interacts with others from that knowledge database. Soon Shin is compiling her own images and intel toward the same ends. When she shares a preliminary result with her kids, however, they treat the awkward screen demi-Mom as a sort of novelty toy — not unlike a trained talking parrot — which seems just about right.

We also hear from technology developers, media theorist Douglas Rushkoff, and BINA48, a robotic android with a human-like face that can hold simple conversations. But what exactly is “immortal” about a programmed artificial “mind” divorced from the original consciousness it has lifted select reminiscences, opinions and personality quirks from? Shin is told the goal is that future generations “benefit from your wisdom.” But can’t that ego balm be equally sated by a video, journal or other less-elaborate (or creepy) record left behind? The documentary doesn’t even touch on some basic ethical issues, like the fact that these technologies are very likely to benefit (and economically milk) only the most privileged, wealthy First Worlders — becoming a final frontier in luxury items.

Among the few skeptics included, a neuroscientist scoffs that all this is “pie in the sky,” the human brain being “the most complex structure in the universe.” He says every individual’s memories are so nuanced and ever-changing that they cannot possibly be simply “replicated” in artificial form.

At the end, Shin muses, ”Life is so fleeting. I wonder if AI will ever be able to capture that,” capping this tech travelogue on a suitably trite note. Of course, she’s already achieved a form of immortality by placing her incessantly-onscreen self at the center of a movie that had no particular need for a forced autobiographical hook.

“A.rtificial I.mmortality” is briskly paced and slickly assembled, with animation deployed to illustrate some of its more challenging concepts, plus clips from “Blade Runner” and “2001” to remind us of AI’s familiar, menacing form in popular fiction. But ultimately it seems too glib to override the thought that people so concerned with chasing immortality ought better to concern themselves with actually getting the most out of their mortal lives.