3 Women Are Nominated For Best Direction at the VMAs And Not One Had a Co-Director: That’s a First! 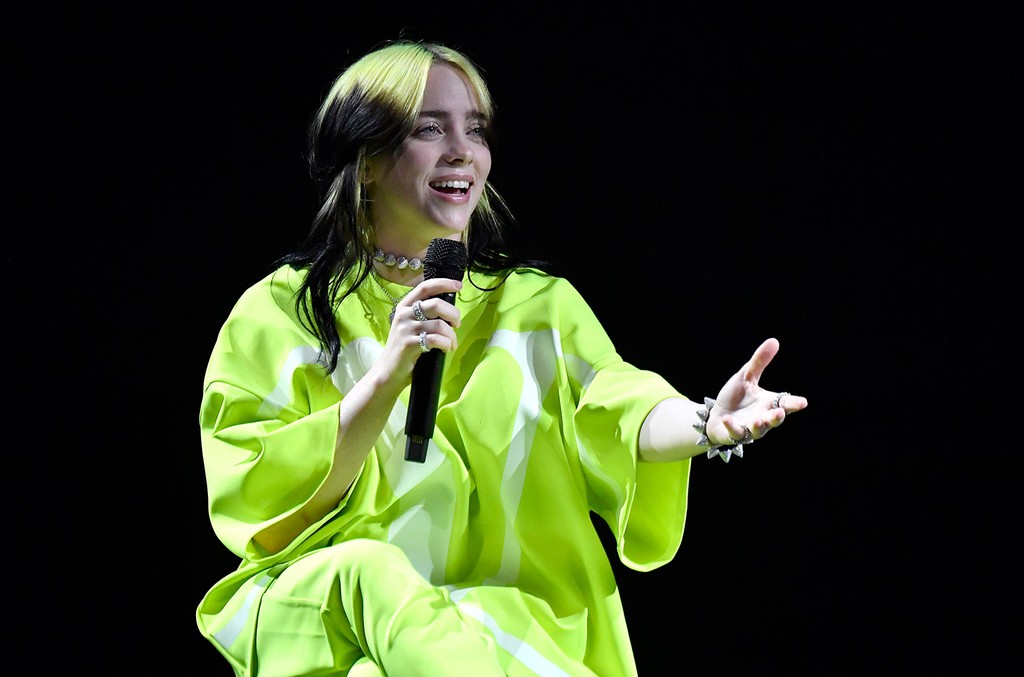 This is a much more vibrant outlook for female directors than at the Oscars, where two women have never been nominated for best director in the same year.

Three women are nominated for best direction at this year’s MTV Video Music Awards, which will be presented on Aug. 30 — Taylor Swift for “The Man,” Billie Eilish for “xanny” and Hannah Lux Davis for Doja Cat’s “Say So.” It’s only the second time in the VMAs’ 37-year history that three women have been nominated in this category in the same year—and it’s the first time it’s happened where none of the female directors had a male co-director.

Female directors had three of the five nominees in this category in 2005, but only Floria Sigismondi was nominated for a clip she directed by herself—The White Stripes’ “Blue Orchid.” The other two female nominees that year worked with male co-directors. Diane Martel teamed with Francis Lawrence to direct Jennifer Lopez’s “Get It Right”; Missy Elliott teamed with Dave Meyers to direct “Lose Control.”

Davis and Swift were also nominated in this category last year — Davis for directing Ariana Grande’s “Thank U, Next”; Swift (alongside co-nominee Drew Kirsch) for “You Need to Calm Down.”

Here are five previous female milestones in this category that paved the way for this year’s breakthrough:

First woman to receive a best direction nomination: Mary Lambert, in 1985, the second year of the awards, for directing Chris Isaak’s “Dancin.’” Note: This is a different Mary Lambert than the woman who co-wrote and was featured on Macklemore & Ryan Lewis’ “Same Love.”

First woman to be nominated for directing one of her own videos: Elliott, for “Work It” (2003) which she co-directed with Meyers. (The team was nominated again two years later for the aforementioned “Lose Control.”)

First woman to win for directing one of her own videos: Erykah Badu for co-directing her 2008 clip “Honey” with Mr. Roboto (Chris Robinson).

First woman to win in this category on her own (with no co-director): Melina Matsoukas, for Beyoncé’s “Formation” (2016).

Faris is also the woman with the most nominations in this category—five, all with Dayton (and occasionally other partners too). In addition to their two winners, their nominees were The Smashing Pumpkins’ “The End Is the Beginning Is The End” (1997), Korn’s “Freak on a Leash” (1999) and Red Hot Chili Peppers’ “By the Way” (2002).

Three women are tied for the most nominations on their own (two each)—Matsoukas, Sigismondi and Davis. In addition to “Formation,” Matsoukas was nominated for directing Bey’s “Pretty Hurts” (2014). In addition to “Blue Orchid,” Sigismondi was nominated for directing the Katy Perry/Kanye West collab “E.T.” (2011). Davis’ two nominations in this category are mentioned above.

Five women have received one nomination in this category on their own: Sophie Muller, who directed Eurythmics’ “You Have Placed a Chill in My Heart” (1988), Karena Evans, who directed Drake’s “God’s Plan” (2018), and the aforementioned Lambert, Eilish and Swift.

This is a much more vibrant outlook for female directors than at the Oscars, where two women have never been nominated for best director in the same year—and only five women have ever been nominated. Those women are: Lina Wertmüller for Seven Beauties (1976), Jane Campion for The Piano (1993), Sofia Coppola for Lost in Translation (2003), Kathryn Bigelow for The Hurt Locker (2009) and Greta Gerwig for Lady Bird (2017). Bigelow won the award.