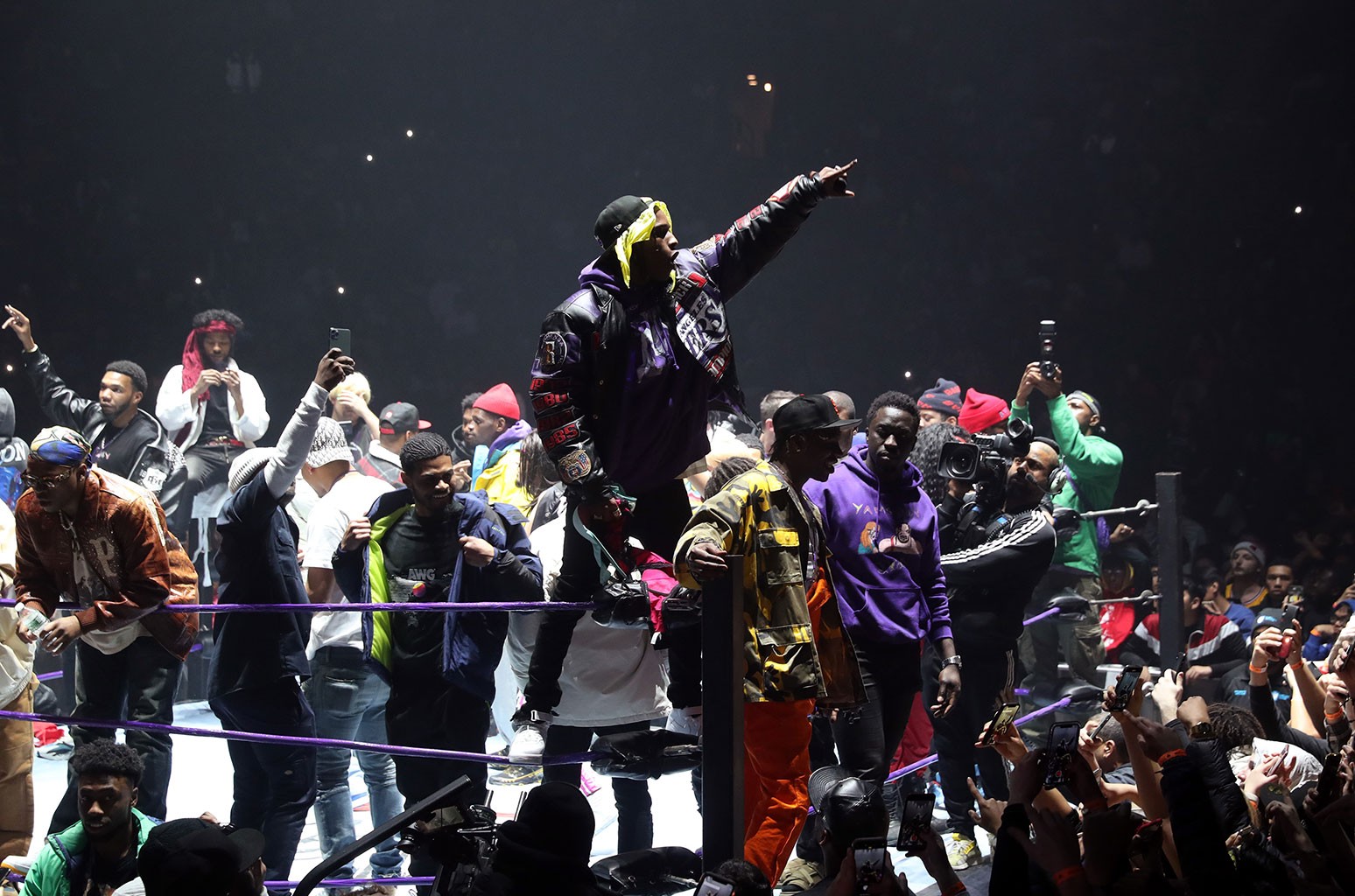 A$AP Mob will host a virtual Yams Day 2021 on Monday, and A$AP Rocky has already been generating hype for it across NYC.

The hip-hop collective has been celebrating Yams Day for the last six years since the death of their co-founder Steven “A$AP Yams” Rodriguez on Jan. 18, 2015, when he died of an accidental overdose at age 26. Due to the ongoing coronavirus pandemic, A$AP Mob has decided to proceed virtually this year with their annual tribute concert.

A minute-long trailer found on each member’s Instagram account and on YamsDay.com teases an awards ceremony called the Yammys, as opposed to the Grammys, where artists “who we & the people feel honestly earned and deserve it” will receive awards, according to Rocky’s tweet on Tuesday (Jan. 12). In the trailer, the 32-year-old rapper is seen running around NYC and conducting man-on-the-street interviews with citizens, asking if they plan to attend the virtual celebration of his late friend.