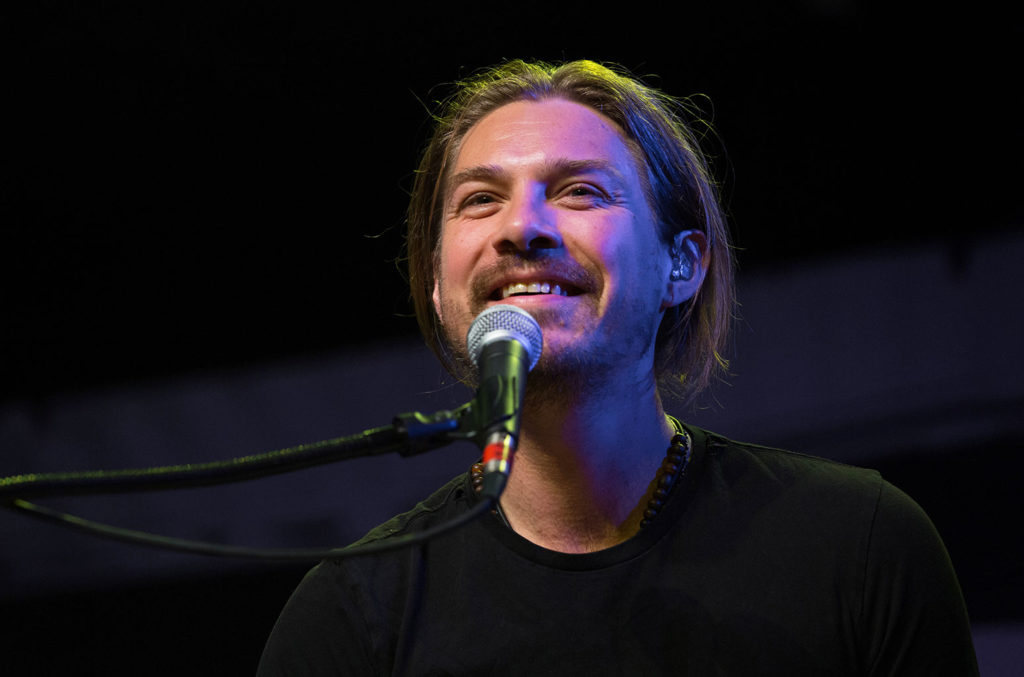 And another little MMMBop makes nine! Taylor Hanson shared the happy news on Tuesday (Sept. 15) that he and his wife are expecting their seventh child together.

“The best kind of unexpected. Number seven coming this December. #2020,” the middle Hanson brother wrote alongside a sweet picture of the couple holding hands in a misty field. (See it here.)

Hanson and his wife, Natalie, have been married since 2002. Their oldest son, Jordan Ezra, turns 18 next month, making him four years older than the singer-singer was when he and his long-haired brothers first burst onto the music scene in the spring of 1997 with their major label debut, Middle of Nowhere.

Powered by the irresistible No. 1 hit “MMMBop,” the trio’s debut album peaked at No. 2 on the Billboard 200, and spawned four other singles: “Where’s the Love,” “Weird,” “Thinking of You” and “I Will Come To You” — the latter of which reached No. 9, becoming the band’s second Top 10 hit.

While the Tulsa, Okla.-based brothers’ last Billboard hit was 2000’s “This Time Around,” the former teen wunderkinds have continued steadily releasing music as they’ve grown up, gotten married and had each had their own brood of kids. Their latest album, 2018’s String Theory, featured string arrangements from their lengthy catalog in collaboration with the Prague Symphony. The following year, they released EP In Real Life exclusively to members of their official fan club.