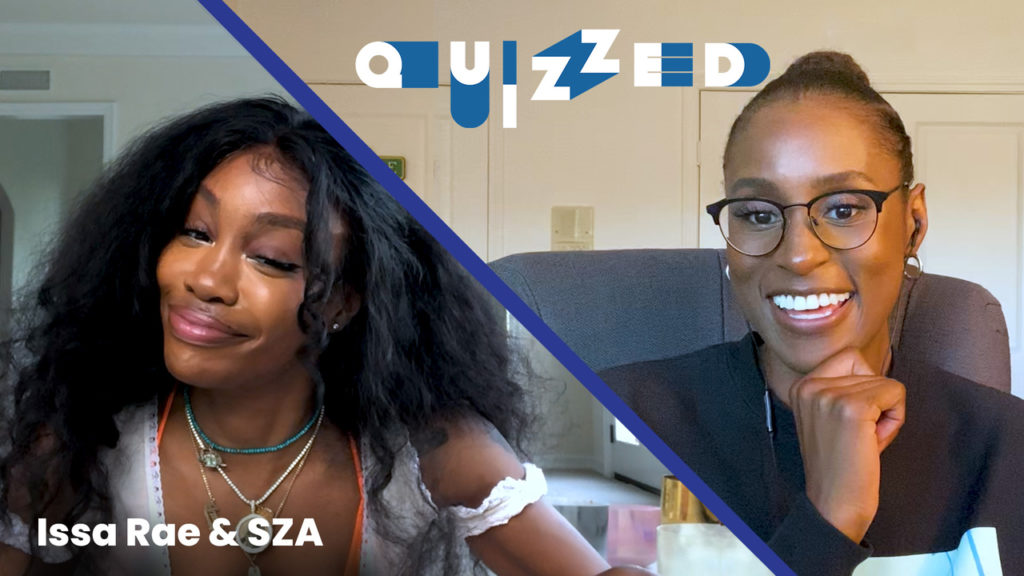 How well does Insecure fan SZA really know the show? Star, co-creator and writer Issa Rae puts the artist’s knowledge of the hit HBO comedy to the test in Billboard‘s latest episode of Quizzed.

“Thank god I brushed my teeth before,” jokes SZA, who played missing person LaToya Thompson in season four, shortly after she appears on the screen to answer questions about Insecure, which received nominations in seven Emmys categories this year.

But Rae isn’t about to make it an easy game for the musician, coming out with a bit of a head-scratcher for the first true or false question in round one. “Remember the show Name That Tune?” she asks SZA, giving her a hint as to whether the name of Issa’s former apartment complex is The Dunes. “It rhymes with the last word of that!”

It was enough to prompt laughter as well as the correct answer of “true” from the rapper.

Then came one that was easy for SZA. “Molly gets tased trying to get back into Coachella after being kicked out,” says Rae.

“I’m so narcissist that all I remember is that ya’ll went to see me on the show,” responds SZA, cracking up the Insecure star. “I’m like, ‘Did she get tased, cuz …’ That would be so dramatic and I feel I would remember that. False!”

Rae goes on to throw more of what she calls “deep cut” questions at the musician during the episode. See how SZA does, and test your own knowledge of Insecure by watching the full Quizzed episode above!