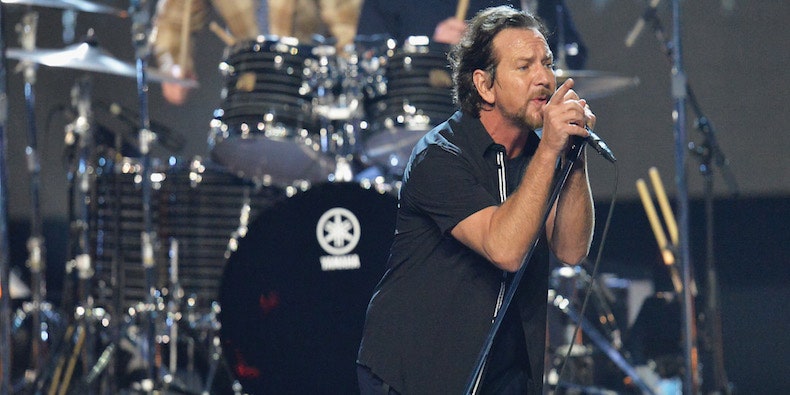 Pearl Jam have announced a new song to follow their recently released single “Dance of the Clairvoyants.” This one’s called “Superblood Wolfmoon.” It’s not out on streaming services until February 19, but eager fans can access the song in another way: by pointing their phones at the moon.

That’s right, folks—Pearl Jam have partnered with a company called Powster to develop a new augmented reality web app that lets users point their phone cameras at the moon in order to unlock the new song. According to a press release, this will “trigger on-screen animations around and over the moon, timed with a preview of ‘Superblood Wolfmoon’ and an in-app option to pre-order the song.” You can check the site out here on mobile devices.

This isn’t the first time that a band has used an AR-related gimmick to promote a new song. Back in 2017, Local Natives released the song “I Saw You Close Your Eyes,” which required listeners to activate their laptop cameras and sit in front of them with their eyes closed in order to listen to the song.

Pearl Jam’s new album Gigaton is out March 27; it’s their first new one since 2013’s Lightning Bolt. The band recently announced a tour. Their return to music follows their induction into Rock & Roll Hall of Fame in 2017.

Read “Reconsidering Temple of the Dog” over on the Pitch.