Juice WRLD Suffered Seizure While His Plane Was Searched for Drugs, Police Say 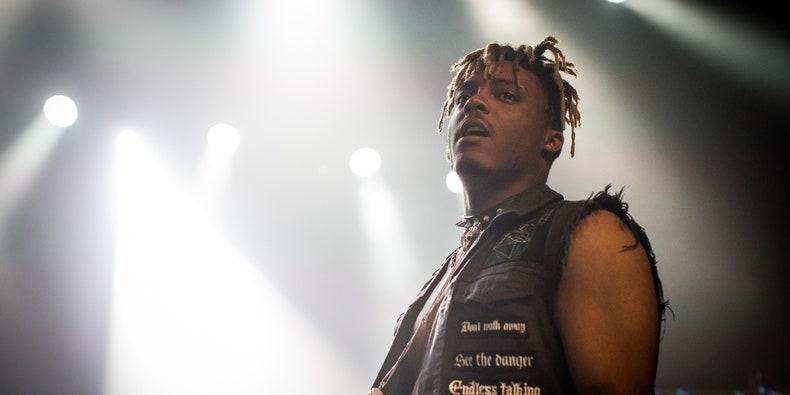 The Cook County Medical Examiner’s Office revealed inconclusive findings from its autopsy for Juice WRLD, who died yesterday (December 8) following a seizure at the age of 21. It has now been disclosed that the rapper’s private plane, which landed at Chicago Midway International Airport around 1 a.m., was searched by police for narcotics, as The New York Times reports.

According to the Times, authorities said that when Juice WRLD’s plane landed, it was carrying roughly 70 pounds of marijuana, six bottles of codeine cough syrup, and three firearms. Police were reportedly awaiting the plane, and proceeded to search the cabin. Chicago police spokesperson Anthony Guglielmi said it was during the search that Juice WRLD suffered a seizure, as the Times reports. Juice WRLD was reportedly treated with Narcan, a pharmaceutical used to combat opioid overdoses. Juice WRLD was then taken to a hospital in Oak Lawn, Illinois, where he died shortly after 3 a.m.

According to a report by The Chicago Tribune, police asked Juice WRLD’s girlfriend if the rapper had any medical issues or had taken any drugs. She reportedly told authorities that he takes Percocet, and that he “has a drug problem.” The Tribune also reports that Juice WRLD woke up briefly but was incoherent before dying at Advocate Christ Medical Center.

While the initial autopsy report was inconclusive, toxicology test results are still pending.

Read “Remembering Juice WRLD, a Young Rapper Who Was Only Getting Started” on the Pitch.

Brian Eno Shares New Song “Everything’s on the Up With the Tories”: Listen Costume Designer Jany Temime Looked to the Colorful Past For ‘Judy’